The Wrath of NJ’s Anti-Charter Movement

Charter school news is making the rounds today in light of news from the Governor’s Office that 23 new charters were approved earlier this week, bringing the potential grand total to 97 alternative public schools serving 25,000 students.

Some salute the increase as a victory for school choice, especially for poor kids trapped in chronically failing districts. Others condemn the increase as a politically-motivated ploy that will further entrap the kids who don’t win entry. Opponents also argue that the sound bite issued from the State – that the 2010 standardized test scores indicate that charters outperform traditional public schools – is erroneous because charters don’t accept the same number of kids eligible for special education services or children who are English Language Learners.

For example, the Trenton Times reports on charter schools in the vicinity of the state capital. At Princeton Charter School 100% of fifth graders are proficient in language arts, though Princeton Public Schools boasts 92.5%. (The state average is 78%.) Results at charter schools in Trenton, thirteen miles down the road from Princeton, are mixed. In traditional district schools 25.2% of fifth-graders are proficient in language arts, and the charter scores are all over the place.

Hard to draw conclusions, except that those thirteen miles to Princeton might as well be a million miles for kids in Trenton. And this: there’s only 2.8% of kids with special needs at Princeton Charter School and no ELL kids. For comparison’s sake Princeton’s traditional middle school has 15.7% of kids classified (this is 2009 data – the DOE hasn’t put up 2010’s) and 2.6% labeled as ELL.

On the other hand, Trenton’s charters show a much smaller discrepancy. Trenton Community Charter School labels 13.2% of kids as eligible for special education services and Joyce Kilmer (a K-8 traditional public) in Trenton labels 15.6%.

Opponents of charters – mainly the teacher unions and Education Law Center – cite the inability of the State DOE to effectively regulate charters schools and the unreliability of data. They peg the increase as a politically-motivated ploy that cheats the kids who don’t get in.

(For concerns regarding the DOE, see today’s NJ Spotlight and the Wall Street Journal.)

Regarding the latter argument, David Sciarra of ELC tells the Star-Ledger, “[o]pening up more charter schools in that environment is not the solution. All it’s likely to do is exacerbate further inequity in educational opportunities and outcomes for Newark public schools students, regardless of who operates the schools.”

That’s a troubling stand. Kids trapped in Newark’s public schools (or other poorly-performing districts), according to Sciarra, shouldn’t have the opportunity to attend better public schools because other kids might suffer. Parents shouldn’t get in line for lotteries because their own kids’ scholastic achievement is less important than the greater good. Social philosophy trumps an individual child’s chance for an adequate education.

What parent in an affluent district has to make that choice?

EXPLAINER: The American Rescue Plan Gives a Huge Boost to 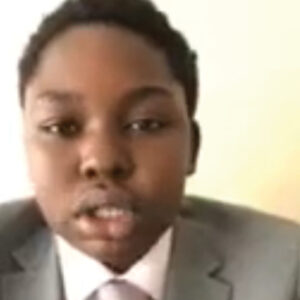 QOD: De Blasio Should Get Real and Address NYC’s Failing