“I am shocked – shocked! – to find that gambling is going on in here!”
“Your winnings, sir.”

Check out today’s NJ Spotlight for a discussion of the wheeling and dealing behind the evolving list of school districts where children would be eligible for vouchers to attend private and parochial schools. Example: Atlantic City Public Schools, with a DFG of A, isn’t on the list and “[Senator Ray] Lesniak conceded that the decision had something to do with it being represented by state Sen. Jim Whelan (D-Atlantic), an outspoken opponent of OSA.” East Orange is on the list, but “may not be for long” because it’s represented by Sheila Oliver, a foe of the voucher bill.

Happens all the time, right? Shameful nonetheless. Here’s an idea: keep the list to our poorest districts, those with DFG’s of A’s (our poorest communities). Keep East Orange and boot Lakewood, which waves its own flag of special interests due to the plethora of private Jewish day schools there.

Meanwhile the politicking over the controversial voucher bill continues in the form of a pair of shrill editorials that have appeared over the last couple of days. Gordon MacInnes in NJ Spotlight sees a conspiracy theory among OSA advocates to trick the public into “drain[ing] our treasury” by rushing the bill through the Legislature. While MacInnes makes some fair points, he could use a fact-checker. For example, he alleges that the Senate Budget and Appropriations Committee increased the maximum payment to private schools — $8K for elementary students and $11K for secondary students – to “increase the cost to taxpayers.” In fact, the difference between the voucher value and actual tuition costs go right back to the local public district, which alleviates the tax burden (though cynics may regard it as a sop to local districts panicking over lost revenue).

Another example from the editorial:

In fact, information is withheld for any cohort of that size in public schools in order to protect the identity of the students. All voucher students, according to the current draft bill, will take the regular standardized tests administered to public school students.

And then there’s Bob Braun of the Star-Ledger, apoplectic at this “slap at public education…another gimmick masquerading as school reform.” He dismisses “the obligatory, irresistible schoolgirl who tugged at everyone’s hearts as she talked about how her parents worked hard to send her to a Catholic school so she could escape a terrible public school – Newark’s East Side, not a bad school at all.”

Really? Would you send your kids there? East Side is in its 7th year as a School in Need of Improvement under the strictures of No Child Left Behind and half the graduating seniors can’t pass either the math or language arts portion of the high school standardized tests, which top out at an 8th or 9th grade level.

Braun quotes Assembly Education Chair Patrick Diegnan, who claims that the voucher bill is “un-American” and, later in the piece remarks that on the urban education front

Progress has been too slow. That frustration has been fueled by those who embrace a right-wing market ideology that blames unions, public employees, and government generally. In New Jersey, it coincides with an extraordinary political détente between a conservative Republican governor and urban Democrats.

But he’s got it wrong. The education reform movement — school choice, accountability, tenure reform — isn’t a right-wing ideology, and there’s nothing extraordinary about the détente between our “conservative Republican governor” and NJ’s urban Democrats. It’s happening all over the country as recognition grows that we fail our most vulnerable students. Doesn’t sound very “right-wing,” does it? How much more American can you get than a civil rights movement challenging a failing status quo, a post/bi-partisan alliance of grassroots activists and entrepreneurs, of minority leaders and educators, of urban parents and public policy makers. Now that’s something to salute. 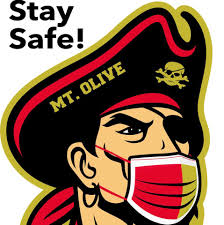 As COVID Cases Rise, Case Study of a NJ District's

Irony of the Day