The Trenton School Board is still trying to use its $10 million in additional state aid to save the jobs of 129 custodians instead of, say, using the money for instruction. Is a school board’s responsibility limited to school children or does it encompass the entire community, including adults who get paychecks for maintaining the buildings? The attorney for the unionized workers thanked the Board for their courage and suggested the the State Fiscal Monitor, who disapproves of the Board’s direction, “should learn from them that urban communities and school districts exist for reasons other than transferring public money to private corporations.” (Trenton Times.)

The Star-Ledger reports that “only a sliver of the state’s roughly 600 school districts” will use their additional aid for “property tax relief.” A somewhat misleading lede: districts’ budgets were struck months ago and reopening them is complicated. Many will use the money for tax relief, but next year, not this year.

Senate President Stephen M. Sweeney told the Asbury Park Press that education reform should be one of the next big things on the Statehouse agenda, specifically changing the teacher tenure system and expanding charter schools.

Geoffrey Canada of the Harlem Children’s Zone is teaming up with NJ to start a comparable program in Paterson called Promise Academies. The Academies will comprise a menu of wrap-around services for poor families, including prenatal care, high-quality daycare, health clinics, and charter schools. (NJ Spotlight, The Record, and Star-Ledger.)

From The Record: “A GOP state Assembly candidate has called for the ouster of Paterson school Superintendent Donnie W. Evans, alleging that he is running a “job mill” for Passaic County Democrats.”

NJ Spotlight looks at a report from the Office of Special Education and Rehabilitative Services, which monitors states’ special ed programs. NJ got a “needs assistance” in two categories but met requirements for the other 18.

The National Council on Teacher Quality has released a new report on the portion of teacher training called student teaching. Overall, programs across the country fall short, primarily in the quality of mentors. Three NJ education schools were rated: Montclair State and NJ City University received grades of “Weak” and Caldwell College was rated “Poor.” In other teacher college news, the New York Times looks at a “revolutionary” model for training teachers, the Relay Graduate School for Education.

Rishawn Biddle at The Dropout Nation examines the politics of the NAACP and the AFT, the NYC teachers’ union, and concludes that “the NAACP has made clear that its interests are not aligned with those of black families and a generation of younger African Americans pushing for the reform of public education.” You Want An Authentic Charter School Review? New Jersey Has 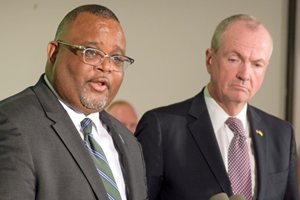 Update on Firings at the NJ Department of Education: Staffers