How Fragile is Public Education in NJ?

Rev. Reginald Jackson’s rebuttal to Gordon MacInnes has now been posted at NJ Spotlight. To recap, Mr. MacInnes begins his op-ed by criticizing NJEA, the teachers’ union, for its “weak defense” in Gov. Christie’s “street fight…against public education.” It’s “inexplicable” and “dangerous,” he says, to “[suffer] in silence” and let the Governor “monopolize the microphone,” to be a “dismissed as a predictable opponent by the press.”

Mr. MacInnes then chivalrously grabs his sword in defense of NJEA and shifts his emphasis to his primary point: that NJ’s public schools are fine (second only to Massachusetts!) and Gov. Christie is “exploit[ing] the underperformance of schools in the state’s poorest neighborhoods to hurt public schools in every neighborhood.” Of course, he writes, “poor families, concentrated among blacks and Latinos, do not achieve at acceptable level.” But how could it be otherwise? After all,

The socioeconomic status of a kid’s parents and classmates are the most reliable predictors of how that student will perform academically. More particularly, we know for sure that the most difficult educational problem is how to educate children of poor families when they go to school only with other poor children.

In other words, we’re off the hook. Educating poor children of color is a lost cause. (How about integrating our school system so that children of poor families get to go to school with children of not-poor families? That, apparently, is as impossible as thwarting destiny.)

This is the hot button – poverty is educational destiny – that incites Rev. Jackson response, “New Jersey’s Disposable Children.” If, indeed, our public education system is just fine, if “the destruction of children of color in failing schools [is] a mere rounding error in our education calculus,” then innovations like school choice, accountability, tenure reform, are a waste of time and energy. Writes Rev. Jackson,

MacInnes, in his role as former Assistant Commissioner of Education for the Abbott Districts, was once asked by the Senate Education Committee why children in the former Abbott Districts were not learning what they needed to know to pass state assessments, to which he responded, “I don’t know. I can’t explain it.”…MacInnes still does not know, and his antiquated position, which rations opportunity to those of means and influence, cannot be explained to the parents of children in the state’s chronically failing schools.

One other point: Mr. MacInnes exerts a great deal of energy in his op-ed to attacking charter school expansion and the Opportunity Scholarship Act, which would give poor kids a voucher to attend parochial schools. True, he’s valiantly defending, in his terms, the dangerously ill-advised and stoic NJEA, but presumably he shares the union’s disdain for these initiatives.

What’s up with that? Is our public school system so fragile that it can’t survive these sorts of around-the-edges initiatives? Mr. MacInnes writes that the “residents of New Jersey have demonstrated their support for public education by devoting most of their annual $25 billion in property taxes to pay for local schools.” That’s true. Public education in NJ is well-supported, both fiscally and civilly. But defenders of the status quo appear fearful of its survival. Ironically, supporters of ed reform initiatives appear to have far more confidence than detractors regarding the sustainability of NJ’s traditional public education system.

Response to WSJ Op-Ed: Don’t Give Up On Unions and

N.J. Scores a “C” for Charter School Growth and Support Sometimes Timing is Everything: A New Program from Walton Family 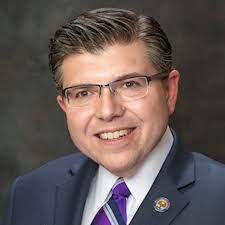