“It seems like every other day there is an article written about the new Common Core State Standards slamming them as a terrible new policy. As an expert in standards and assessment, I could not disagree more. Yes, the Standards are challenging but isn’t that what we want for our children? Why would we adopt new standards that reflect what was, instead of what is and what will be?” (Victoria Pagonis in the Star Ledger)

Also from the Star Ledger:  “Joseph G. DiVincenzo — whose father is Essex County Executive Joseph N. DiVincenzo — was hired in July as an education program development specialist by the New Jersey Department of Education at a salary of $92,528.  DiVincenzo also works on the sales staff at Fairview Insurance, a politically-connected agency run by John F.X. Graham — one of the state’s most prominent Democratic donors. The company had more than $468,043.49 in public contracts in 2013, including with some school districts.”

The N.J. Principals and Supervisors Association has no problem with the DOE’s set of options for high school graduation: passing scores on the PARCC, SAT scores over 400, or a portfolio assessment. The N.J. School Boards Association likes it too. NJEA, however, is nonplussed, describing the DOE’s action  as  “a poorly-timed decision that has caused great confusion among students and educators.” (Maybe NJEA ought to give students and teachers a little more credit for comprehension. What’s so hard?) Anyway, here’s coverage from NJ Spotlight and Press of Atlantic City.

“The Jersey City teachers union is seeking a nearly 19 percent pay hike over the next three years, according to sources familiar with the union’s offer. The increase would amount to $45 million over the course of the proposed new contract. The district spent about $246 million on teacher salaries this year.” (Star Ledger)

The Board of Education in Hamilton (Mercer County) had a public meeting that consisted of a “back-and-forth screaming match between board members” about whether or not to fire its lawyer, according to the Trenton Times.

Bob Braun is a tad annoyed by NJEA’s endorsement of Sen. Cory Booker.

Rishawn Biddle of Dropout Nation drills down on AFT’s political lobbying spending here and here, including $50,000 to help Newark Mayor Ras Baraka beat Shavar Jeffries. Lots of  information, including  the fact that over the last three years AFT has borrowed $317 million to finance its operations, its aggressive efforts to recruit new members outside the teaching profession, and the salaries of its top officials.  Randi Weingarten, for example, earned $557,875 in 2013-2014. 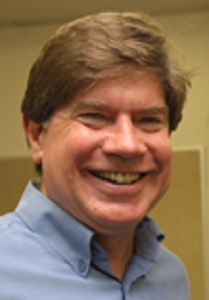 Should High School Graduation be Contingent on Proficiency?