On Monday the Philadelphia School Reform Commission voted unanimously to unilaterally cancel the city’s current teachers’ contract. The Commission and the Philadelphia Federation of Teachers (an AFT affiliate) have spent the last 21 months failing to reach agreement on a new contract. The move, sure to be challenged in court, affects all 15,000 members of the PFT by raising contributions to health plans from 0% to 10%-13%. Depending on salaries, that comes out to somewhere between $21 and $70 per month, according to the Philadelphia Inquirer. Those contributions will save the district about $54 million per year.

Philadelphia Superintendent William Hite told the Inquirer that “it was a difficult decision to support the SRC’s action, especially given all that teachers and others have done for children in the past several years of bare-bones budgets.”

“But we still don’t have sufficient resources in order to educate our children,” Hite said before the vote. “This allows us to save millions of dollars that we can return to schools very quickly.”

There will be no salary cuts.

Reaction was swift. Ted Kirsch, president of the state union, said “they [the SRC] have mismanaged this system and now they’re following along with Corbett’s plan,” adding sarcastically, “it’s the teachers’ fault.” On the other side of the Delaware, Bob Braun, NJ’s widely-read anti-reform blogger, charged that the SRC’s decision was “a dramatic example of the assault on public employee unionism by both Democratic and Republican politicians.”

But yesterday the Philadelphia Inquirer Editorial Board published a column entitled “It’s Not Asking Too Much.” While imploring union leadership to collaborate with the administrators to save teachers’ jobs, the editors note that,

Instead of feeling sorry for teachers, many Philadelphians may feel the educators have only themselves to blame for encouraging union President Jerry Jordan’s recalcitrance. And the concessions the SRC is now trying to impose on teachers can hardly be called draconian by current standards.

While PFT members won’t get a pay raise, they won’t see the pay cuts that so many American workers have had to endure. But the SRC is requiring them to pay a portion of their health insurance premiums (10 to 13 percent, depending on salary), which is also typical in today’s workplaces.

Here’s a little context: next door in New Jersey, school staff members pay as much as 35% of their health and benefit premium contributions. Across America, the average contribution in 2013 for a family plan was $4,565, well above what the SRC is requesting of school employees. Philadelphia’s current structure, a zero percent contribution, is unsustainable, especially with fully-loaded packages costing districts as much as $25K per teacher per year. Something had to give. The union wouldn’t, so the SRC did.

A little more context: If cash-starved and impoverished Philadelphia were in New Jersey, it might be an Abbott district, one of N.J.’s 31 “special needs” districts that receive court-ordered compensatory funding. Currently, state funding provides Abbotts with as much as $25K per year per pupil, sometimes more.  But in Philadelphia, the funding is a skimpy $12K per student, less than half provided for students just across the river in Camden.

Sure, the teachers need money. But the students need more resources, including more teachers. How to strike the balance? Not by refusing to budge beyond the anachronism of 0% contributions to health benefits. That’s so last century. The Canard of Charter “Creaming,” at least in New Jersey 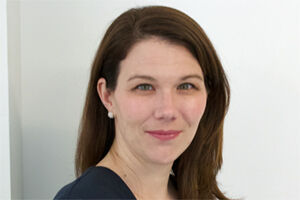 Why Should the State Ed. Dept. Have to Collect Data