“If You’re Not a White Boy, You’re Less Likely to Be Diagnosed with Autism” The National Autism Coordinator of the U.S. Department of Health and Human Services recently submitted  a report to Congress called  “Young Adults and Transitioning Youth with Autism Spectrum Disorder.” You can wade through the whole thing here but the conclusions will come as no surprise to parents with children and young adults on the autism spectrum: our country’s system for providing support is inadequate, inequitable, fragmented, confusing, and in “acute need” of reform.

Any parent in my shoes could have told you that. My younger son, who has a genetic mutation called Fragile X Syndrome, is on the spectrum and just graduated from high school. We thought special education was challenging but, compared to the labyrinthian disarray of young adult services, K-12 was a piece of cake.

And we’re white and middle-class.

It’s far worse if you’re poor or of color. Autism spectrum disorders naturally skew male (known genetic causes are X-linked) but there is no correlation with race, ethnicity, or socio-economic status. Yet, according to this report, those with diagnoses of ASD are

We are under-diagnosing poor kids of color. And that’s a kind of implicit bias that has vast ramifications for an ASD child’s prospects for a fulfilling, integrated, and relatively independent adult life.

Why would richer, whiter, and more educated parents want their kids to have a formal classification of autism? Easy: if they get that classification in their child’s paperwork, their kid will receive the panoply of services that come packaged with that diagnosis. In N.J., which has the highest rate of autism in the country — one child in 41 is diagnosed compared with one in 68 nationwide — that package can include enrollment in a private special education school at district expense where tuition can top $100,000 per year. Concurrently, school districts are less likely to fight that expensive classification if they think that the parents may avail themselves of due process, i.e., sue the district.

It’s just like everything else in pre K-12 education: parents with resources receive far better services for their children, whether it’s the ability to move to higher-performing districts or the ability to secure a diagnosis of ASD.

In a PBS interview, neuropsychologist Laura Anthony said, “if you’re anything other than a 7-year-old white boy, even if you’re a 7-year-old white girl, you’re less likely to be identified with autism.” John Donovan adds, “It’s in the CDC’s own statistics, where the reported autism rate among black 8-year-olds, 13.2 kids per every thousand, lags the percent of white 8-year-olds by nearly 20 percent. Among Latino children, the gap is even larger, at 50 percent.”

Wanna get wonky? Here’s a University of Pennsylvania abstract:

We sought to examine racial and ethnic disparities in the recognition of autism spectrum disorders (ASDs). Within a multisite network, 2568 children aged 8 years were identified as meeting surveillance criteria for ASD through abstraction of evaluation records from multiple sources. Through logistic regression with random effects for site, we estimated the association between race/ethnicity and documented ASD, adjusting for gender, IQ, birthweight, and maternal education. Fifty-eight percent of children had a documented autism spectrum disorder. In adjusted analyses, children who were Black (odds ratio [OR] = 0.79; 95% confidence interval [CI] = 0.64, 0.96), Hispanic (OR = 0.76; CI = 0.56, 0.99), or of other race/ethnicity (OR = 0.65; CI = 0.43, 0.97) were less likely than were White children to have a documented ASD. This disparity persisted for Black children, regardless of IQ, and was concentrated for children of other ethnicities when IQ was lower than 70. Significant racial/ethnic disparities exist in the recognition of ASD.

My son doesn’t have an ASD classification, he’s classified“Other Health-Impairment” because Fragile X is technically a medical diagnosis. But his needs are similar to those of a person with ASD and, because my husband and I are well-educated, relatively fluent in bureaucratese, and had the luxury of time to learn our rights, we were able to secure most of what he needed to grow cognitively and socially.

But if I were a single mom or we were holding multiple jobs and/or were poor, conditions more prevalent among parents of color, we wouldn’t have had time or money for those hours-long multiple IEP meetings and site visits to alternative programs and a consultation with a lawyer.

Our son has begun his first year without the federal protections inscribed in disability K-12 education law. He meets eligibility requirements for adult services but there is no guarantee that he’ll get them. We are a statistic in “Young Adults and Transitioning Youth with Autism Spectrum Disorder,”a data point in a system that is in “acute need” of reform.  I have faith that eventually we’ll get him what he needs. But, in my experience (apologies to the devout, especially in this season of atonement), faith will only get you so far. 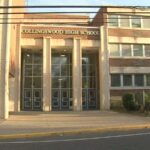 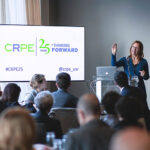