Talk About Chutzpah: Lakewood Board Hires a Lawyer to Defend Its Profligate Hire of Inzelbuch 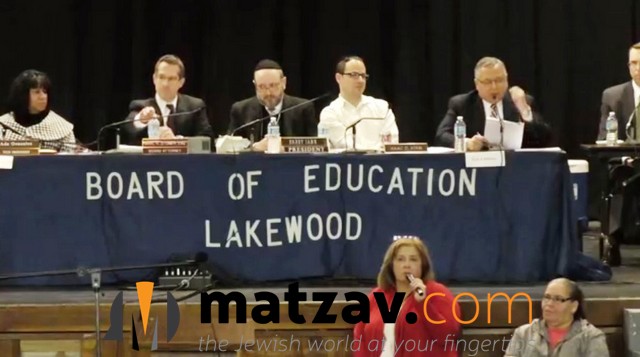 School board members can get funny about money. When you’re dealing with multi-million dollar budgets, big expenses suddenly appear small potatoes. (I know. I was on my local school board for 12 years.)

And so I try to maintain some empathy when I think about the Lakewood Board of Education’s most recent scandal, hiring attorney Michael Inzelbuch for an annual retainer of $600,000 per year, proportioned monthly, plus $350 per hour for “litigation services,” plus generous benefits without the contributions required for every other public school employee, plus jobs for his friends. (See here for specifics.) I presume that the Board made this hire because it considered the arrangement a money-saver: better to keep Inzelbuch on its side of the table, per its old arrangement that ran from 2002-2012, rather than have him suing Lakewood Public Schools on behalf of ultra-Orthodox families who want their children with special needs placed in yeshivas or Jews-only schools like the School for Children with Hidden Intelligence.

But this rationalization only takes me so far, especially when one considers that last year Lakewood Public Schools spent  $31,485,495 on out-of-district tuition, or almost one quarter of its total operating budget, as well as $113 per kid annually on district-wide legal fees. For context, nearby Toms River spends $21 per kid and Ocean Township spends $19 per kid.

State law mandates that when Boards of Education hire lawyers they must put out a Request for Proposals (RFP’s); prospective vendors then submit bids and the Board has to choose the lowest bid that meets the RFP’s specifications. This did not happen with the Board’s recent hiring of Inzelbuch. (See here for more on this.)  Also, legal fees can’t be paid in advance in the form of a retainer, as the contract agrees to do.

In other words, this hire was illegal: at best, a gesture of defeat and, at worst, a bribe.

Appropriately, then, David Sciarra of the Education Law Center sent a complaint to the State Attorney General, who replied by sending a letter to Lakewood Board President Moshe Bender and Superintendent Laura Winters. This letter ordered the Board to submit by October 30th documentation that it actually followed state statute in awarding Inzelbuch with a package that would make him the highest-paid public K-12 employee in all of N.J. and, most likely, the whole country.

Last week the Asbury Park Press revealed the Board’s response to the order from the Attorney General:

To address those concerns, district leaders agreed to spend at least $400 per hour to hire another lawyer to “communicate and review matters with Attorney General’s office,” according to board minutes from late September.

Edward Dauber of Greenberg, Dauber, Epstein & Tucker will not be the only one receiving district dollars. Paralegals and associates from the firm will also receive $100 and $275 per hour, respectively, according to the Board of Education documents.

The board approved the hires during its Sept. 25 meeting, a decision documented in just two sentences deep on the 33rd page of meeting minutes. [Actually, meeting “agenda,” not minutes. The latter would capture every action taken at the meeting. The agenda of the Sept. 25th meeting makes no mention of the Dauber hire and so must have been included under “New Business.”]

Here’s Mr. Sciarra’s reaction: “The Board’s decision to spend money on legal fees to defend Mr. Inzulbuch’s outrageous legal services contract means less money to educate children,” he said in an email. “Taking more funds from the Lakewood school budget to pay for yet another lawyer adds insult to injury.” According to the Press, “Bender and Winters did not return requests for comment about why the hire was necessary. Inzelbuch and Mike Azzara, the state monitor who oversaw and approved Inzelbuch’s contract, declined to comment. Azzara’s role means he may also be part of the attorney general’s probe.”

As I said, I know that school boards can start seeing taxpayer funds like monopoly money. But talk about chutzpah: hiring a $400/hour lawyer to defend the Board for hiring a $600K/year lawyer. What’s next? Hiring a lawyer to defend Dauber? It’s a hall of mirrors.

But this isn’t a funhouse. It’s a school district that allocates exorbitant amounts of money on privileged followers of the Vaad (see here; also note that The Observer just released its top 100 political movers and shakers in N.J. and the leader of the Vaad is on the list) and disenfranchises children of color who attend schools where only one out of five third-graders read at grade level, a critical milestone for continued academic growth.

Mr. Inzelbuch wins. Mr. Dauber wins. But the losers are multitudinous: the taxpayers of New Jersey (who contribute over $30 million to Lakewood’s public school system), the taxpayers of Lakewood (who contribute $94 million), special education personnel put in the unethical position of complicity, and, most importantly, the Black and Latino students and their families stuck in a school system where they get the dregs. For White Teachers of Black Children.