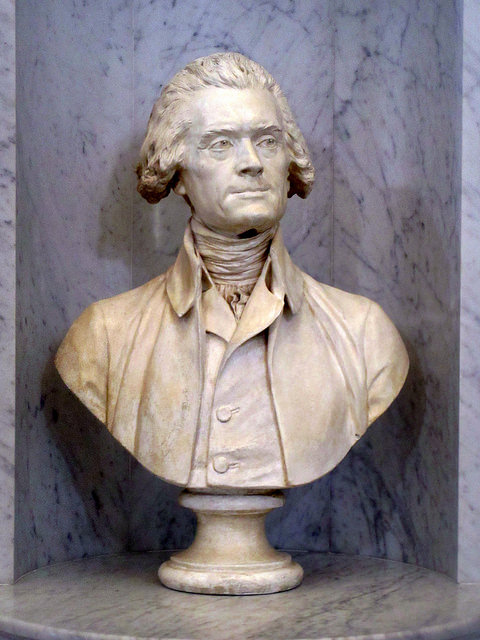 Mark Weber, who blogs at Jersey Jazzman, has lately been focused on a study he wrote with his Rutgers professor Bruce Baker that tries to undermine a Harvard analysis of the impact of education reform in Newark. (Here are links to my views of the Harvard study and the Weber/Baker study.)  Quick recap: The Harvard professors show that, post-reforms,  Newark schools are providing better results for students, especially in English Language Arts (ELA); students’ year-to-year growth is higher than the state average. Weber/Baker rebut this conclusion by claiming that  “there is very little evidence that Newark has made meaningful gains in student achievement during this latest ‘reform’ era compared with the rest of the state.”

One study is right and one study is wrong; these are analyses of numbers, not tea leaves.  Why the different conclusions? What struck me as I read Weber’s posts is his conviction that those who support the status quo  have no obligation to prove that it’s working for schoolchildren. The burden is on those who support disrupting the status quo to make the case that change is necessary.

.And so let’s give him this: he’s very Jeffersonian.

Stay with me here. When Thomas Jefferson wrote the Declaration of Independence in 1776, he didn’t just state that the thirteen British colonies in the New World must be free from the tyranny of King George III.  In fact, much of the text enumerates proof points. Why? Because tradition demands that it is the change agents’ responsibility to justify the urgency of reform. Those who represent the status quo (King George and the Brits) don’t have to do anything.

Jefferson accepts this premise, writing that “a decent respect to the opinions of mankind requires that they should declare the causes which impel them to the separation.” Why? Because “prudence will dictate that Governments long established should not be changed for light and transient causes.” After all, “experience hath shewn that mankind” is “far more disposed to suffer…than to right themselves to abolishing the forms to which they are accustomed.”

Likewise, Weber/Baker don’t have to prove that recent reforms in Newark aren’t helping kids. (Weber’s blog and the study itself cite Daniel Koretz’s scholarship; for a balanced critique of Koretz, see Dan Goldhaber here.) Prudence dictates that institutions like traditional school systems should not be changed for trivial reasons. Human nature is such that we’d rather suffer than abolish institutions to which we have become accustomed.

Back in the 18th century Jefferson provided a catalogue of inequities visited upon the thirteen colonies. “Let facts,” he announced, “be submitted to a candid world.” These facts include the colonies’ subjection to “absolute Despotism,” “a history of repeated injuries and usurpations,” King George’s proclivity for “fatiguing” New World inhabitants “into compliance with his measures,” sending “swarms of officers to harass our people and eat our substance,” and “imposing taxes without our consent.” The King has “plundered our seas, ravaged our coasts, burnt our towns, and destroyed the lives of our people.”

Pretty convincing. But that’s Jefferson’s job: he must justify America’s independence from the status quo of colonial rule. The colonies must prove harm; King George doesn’t have to defend Britain against these charges because unless the reformers’ case is rock-solid, the status quo wins.

The construction of Weber’s posts echoes this Jeffersonian model.  He writes,

In fact, the burden of proof is on those who contend that charter school expansion, school closures/’renewals,’ merit pay, Common Core, universal enrollment, and so on will improve schools. If I or others present evidence that calls into question any of these policies, it is up to the promoters of those policies to show why that evidence is not germane.

However, there is one area of education reform  where the burden of proof is not on the afflicted (American colonies/Newark children) but on the afflicter (the British monarchy/institutionalized education).  In special education law, when parents determine that their child’s school is not providing effective instruction and/or their child is not demonstrating appropriate progress, they have the right to go to court and demand redress. During these proceedings, it is incumbent on the school to prove that the status quo works.

In special education, children with what we could call “a history of repeated injuries” are privileged over “forms to which they are accustomed.” The rights of special needs kids are so urgent, American law decrees (see Endrew F.  v. Douglas County), that courts must invert the Jeffersonian model. Thus it is the obligation of  “governments long established” to prove that they meet these children’s needs, not the obligation of their parents.

I think that the conditions of students in Newark (and Camden and Trenton and any other district that has a history of repeated educational injuries) is equally urgent. The facts have long been available to a candid world. Doesn’t prudence dictate that we try something else?

Put another way, what if the burden of proof was not on the injured but the injurer? What if we didn’t privilege the status quo? What if children came first?

The monarchy says “no.” Reformers, Weber writes, “often appear to misunderstand how research should be used to inform public policy. Often, you will hear them say some variation of this: ‘We have to do something to improve our schools — and you can’t prove my preferred reform won’t make schools better.’”

Or, to paraphrase the writer of the Declaration of Independence, experience shows that it is better to risk suffering than to abolish the forms to which we have become accustomed.

The American colonists didn’t accept King George’s subjugation. Similarly, many families in Newark embrace the reforms that Weber/Baker denigrate and reject an archaic failing model of institutional education.  Here’s a tip: the facts have long been available to a candid world that the Newark Public Schools’ expansion of public school choice and closure of long-failing schools, its incorporation of high standards and accountability, yield better outcomes for children. Nothing else matters.  These truths are self-evident.

Education Law Center Files Complaint about DOE Bureaucracy; Can We