Cerf: “This Is The Moment. The Biggest Risk as We Go To Local Control Is That Lurking In the Background Is a Real Transactional Mentality.” 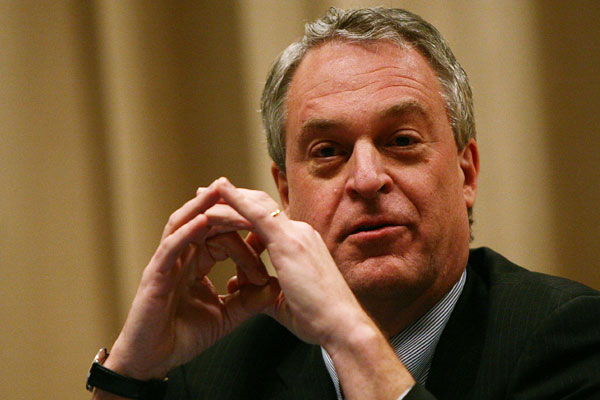 Last week in The 74 I analyzed the legacy of Chris Cerf’s tenure in New Jersey, both as Commissioner of Education and, more recently, as state-appointed Superintendent of Newark Public Schools. Part of my analysis came from a conversation we had last month and I wasn’t able to work all the content into the article. So, in the interest of completeness, here are some of his answers to other questions I posed to him.

Waters: “How did you start off your career?”

Cerf: “By working with children, first leading teenagers on wilderness expeditions in the far reaches of Canada and then teaching high school history in Cincinnati.” After teaching he went to law school, where he was editor-in-chief of the Columbia Law Review. Then he worked for the NAACP, clerked for Supreme Court Justice Sandra Day O’Connor, argued two cases before the Supreme Court,  was Assistant Legal Counselor to President Clinton, and served as Joel Klein’s Deputy Commissioner in New York City.

Waters: “What was at the top of your list when you were first appointed Superintendent of Newark Public Schools?”

Cerf: “I came in with three basic objectives. The first was to do whatever I could do heal and build community and civic support for equalizing opportunity, to focus on the facts, not the rhetoric, to find agreement on a common set of facts. The second was to make sure that the district was on a sound financial footing. Remember, I started on July 2nd, the second day of the fiscal year, and found a deficit of $100 million. The third goal was to return the district to local control in an environment where people are really committed to and imbued with edu-centric values.”

Waters: “How did you close that $100 million deficit?”

Cerf: “We exercised some creative budget management. First we got out of the state health care plan and saved tens of millions of dollars. We ended the relationship with our current prescription plan. We sold ten abandoned buildings for $15 million that were costing us tens of millions of dollars of dollars in upkeep.  We were able to secure bond financing to free up more money for operating costs. We reduced the total revenues spent on central offices to 7 percent. We restored our fund balance. We worked very hard with the state to tweak the funding formula, which didn’t take into account our 33 percent of students who attend charter schools.”

Waters: “What do you think of Newark Mayor Ras Baraka?”

Cerf: “He has never been less than completely direct and honest with me. It takes a different skill set to run than to run something and he seems to have both. I really respect his focus on equity.”

Waters: “How do you deal with Newark’s ward politics?”

Cerf: “One of the things that I’m very happy about is that we made a point of depoliticizing our work here. We brought 250 tenure charges and none of those teachers are teaching here. In the last decade, only five tenure charges were brought. We’ve depoliticized every decision we’ve made.”

“When I get that inevitable phone call from an elected official or a powerful person who says, ‘I have this constituent who wants her child to get into Science Park High [one of Newark’s magnet schools]’ or I have someone who says, ‘I really want this person to be a principal,’ that is  a moment of real truth in this job because you have to say ‘I really want to help you but I can not help you in that way. I can’t advantage children who have connections over the ones who don’t.’”

“That is the moment. The biggest risk as we go to local control is that lurking in the background is a real transactional mentality. The first job of the superintendent is to say, ‘look, we hold in our cupped hands the lives of 55,000 students. We are going to protect them from the world of politics.’ Maybe people can behave differently in the realm of snow removal but we are different. The greatest test of the next few years is if the transactional politics of Newark comes back. I am very hopeful that it won’t. Time will tell.” Are the New Sex Ed Standards ‘Salacious and Inappropriate’? Depends