You Want An Authentic Charter School Review? New Jersey Has One Now! Parents Brave the Cold To Speak Truth to Comm. Repollet Yesterday I stood outside State Department of Education in Trenton and watched dozens of parents deliver 2,000 postcards, carefully stacked in boxes, each pleading with DOE Commissioner Lamont Repollet to end the charter school moratorium. One by one, on frigid Riverside Plaza, parents approached the microphone and voiced support for public school choice in New Jersey. “Parents are standing strong, and we have a clear message for our leaders: we love our public charter schools and our children deserve to be treated fairly, just like other public school students,” said parent Ashley Campbell from Paterson.

There’s much to unpack here. Let’s start with the parents and their extraordinary response to the DOE’s Charter School Program Act Review, which is either a stylized stalling tactic choreographed to fulfill Gov. Murphy’s promise to lobbying groups to take a “pause” on charter expansion or an authentic attempt to improve NJ’s 23-year-old charter school law. Jury’s out on that one (although let’s note that no charters were approved and the process was subverted in last March’s authorization round and no applications were submitted by the most recent deadline. Reasoned potential applicants, why bother?).

Back to the robust support by parents. To wit,

In short, parents in these urban centers, mostly low-income and of color, demand that Gov. Murphy and Comm. Repollet prioritize children’s academic needs over politics and end the moratorium demanded by NJ’s teacher union leaders.  As one parent said, “a child is only five years old once, only fifteen years old once.”  Comm. Repollet received their feedback graciously.

I’ll note a remarkable contrast between the information offered to participants during the Charter School Act Review — a data-devoid information packet consisting of a  powerpoint and FAQ sheet, as well as four vapid questions to answer (see here for a charter school parent’s take on the Review’s shortcomings) — and the data-driven NJCSA report.

The Charter Act Review is so DOE or, more fairly, so bureaucratic, with a total focus on input and a total disregard for output, or student academic growth.

The NJCSA’s report is all about output, all about how a well-regulated public charter sector helps children succeed. Thus, it describes in detail (with appendices in the back) the opportunities available to families through  alternatives to traditional district schools. For example, a “ a rigorous, independent analysis of the achievement results” of NJ charters found that “students on average gained an additional two months of learning per year in reading and an additional three months of learning per year in math compared to their district school counterparts.” In addition, “results confirm that New Jersey charter school leaders and teachers show a commitment to addressing the needs of Black and Hispanic students in poverty.”

In Newark, the second highest performing charter sector in the nation, charter school students have made extraordinary progress and outperformed the state average on PARCC for the first time in 2018.

Let’s hand it to NJCSA: they actually answered those four questions, which suddenly don’t seem so vapid when respondents have the facts. Here are a few  (very condensed) highlights.

Question #1:  What do you like about New Jersey’s approach to charter schools? Why?

NJCSA applauds the DOE’s commitment to high-quality school choice that serves all students, including those with disabilities and English Language Learners. Charters are the most highly accountable schools in the state. a strength of our charter authorization system. From the report:

Charter schools that are failing students are closed, the ultimately form of accountability. Since 2010, 24 charter schools have been closed. If traditional districts were measured against the standards within the Performance Framework, dozens of struggling districts would likely be forced to close due to these higher expectations. QSAC reviews, the accountability system used for school districts, are conducted every three years, and are largely focused on inputs/compliance with 9 limited consequences. Many districts would be forced to close and not have the privilege of serving children if they were held to the same standards as charter schools.

Question 2: What would you like to improve regarding New Jersey’s approach to charter schools? Why?

Here we get to the heart of the problem: charter schools are badly underfunded compared to district schools. From the report:

In addition, charters get no facilities funding in NJ, an inequity noted by the National Alliance of Public Charter Schools (which  ranks New Jersey’s charter law as 33rd out of 45 charter laws in the country). From the report:

And, critically, NJ has only one charter authorizer, the DOE Commissioner, which leads to politicking over student needs (e.g., the last round when no charters were approved).

Finally, NJCSA recommends that the DOE be more transparent about the performance of charter schools, the high degree of oversight, and the application process.

Question 3: Are there adjustments the State can make to its approach to charter schools in order to better serve students and communities?

Short answer: yes! Start with fair funding, says NJCSA , and — this is critical — stop using traditional districts as middlemen in distributing state funding, a system that foments unnecessary resentment. Instead, have the state give funding directly to charters.

In addition, NJCSA pleads for facilities funding in order to keep the money in the classroom, a mandate that charters get right of first refusal when districts sell empty school buildings, and new regulations that allow charter schools to access state facility funding programs that are available to all other public schools.

Question 4: In what ways can district schools and charter schools work together to improve educational, operational, and social outcomes?

There are many ways,  as some charters demonstrate already by offering professional development opportunities to teachers in traditional schools and sharing best practices. NJCSA would like to see the DOE offer grants to encourage this sort of partnership, include charters in district accountability ratings,  create funding set-asides for school districts and charter schools to partner to turn around the lowest-performing district schools, and encourage universal enrollment systems like those in Newark and Camden.

Finally, NJCSA has some suggestions for the next steps the DOE should take in order to provide an authentic, data-driven evaluation of our charter school sector and necessary legislative changes. But for that to happen,

It is critical that this review of charter schools does not devolve into a polarizing debate steeped in myths and distrust; rather, policymakers must take a deep look into the data (academic, financial, and operational) to determine what is working and not working in charter schools and how to change policies to increase access to high quality public schools throughout New Jersey. Moreover, the Department should leverage lessons learned and best practices from our colleagues from across the country to ensure a strong and thriving charter sector that meets the needs of its students and communities.

How do we defuse this “polarizing debate”? Through relying on “a comprehensive evaluation of charter school performance,” compiling “a data-driven report” to “supplement” results from the data-empty Charter School Law Review and studying best practices throughout the country.

Comm. Repollet, listen to the parents you greeted so warmly yesterday. They’re living it. The lobbyists on State Street are not. Can’t you review the Charter School Law while continuing to authorize new charters that parents so desperately need? Surely you know that it will take ages for the Legislature to approve any amendments — they’ve entertained multiple proposals over the last decade with zero results. This hostage situation isn’t working.

But you don’t have to listen to me. Just read a few postcards. 2020 in Review: NJEA Scratched Murphy's Back and Murphy Scratched 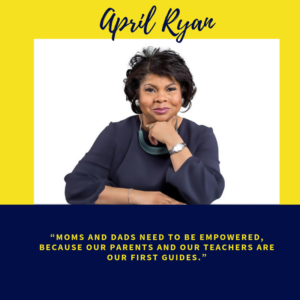