Just How Good Is Your Local School District? You Won’t Find Out By Browsing Ratings Sites. Spotlight on Princeton, Montclair, and Newark. 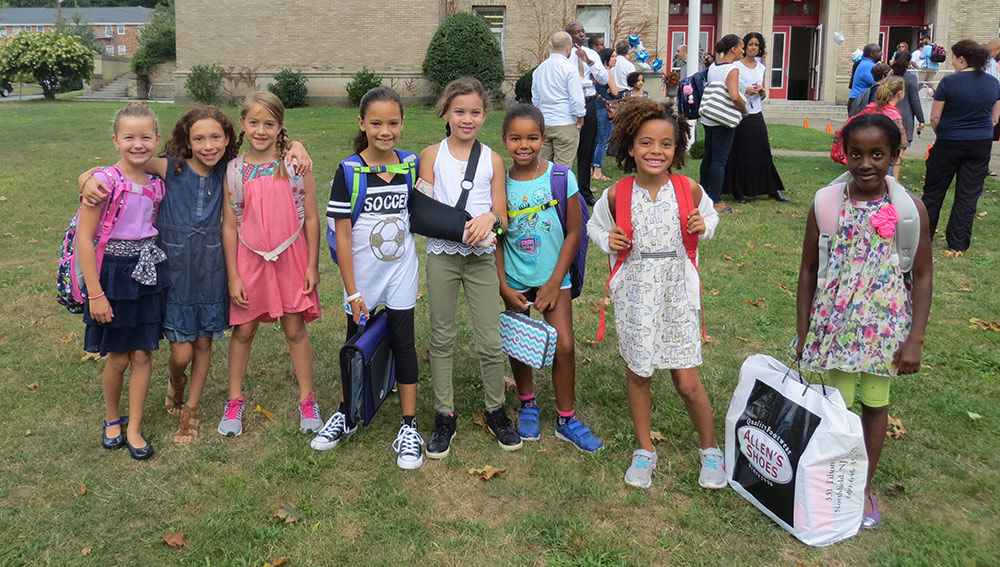 Over the weekend the Star-Ledger published a list of high schools with “surprisingly low scores” on school quality. Unlike the algorithms used by sites like the U.S. News and World Report ratings, which are limited to overall averages on tests like the SAT, New Jersey, like many other states, evaluates schools in a more granular manner (per federal education law), using a combination of student growth on standardized tests, graduation rates, and chronic absenteeism, the latter an indication of school culture. This allows us, according to policy analyst Julie Woods, to “meaningfully differentiate” school quality.

These new rankings may surprise denizens of leafy suburbs like Montclair and Princeton where the price of housing (median home cost in Princeton: $911,200) and school taxes (Montclair: $10,760 annually) would appear to ensure academic excellence. They also offer some suspicions about New Jersey’s first try at a silver bullet for equity — money, per the State Supreme Court Abbott rulings, presaged on the theory that extra money raises school quality — and our second and current whiff, integrating schools via a lawsuit headed by Gary Stein, former associate justice of the state Supreme Court. (See here for my take on the latter.)

Sometimes you don’t get what you pay for. Especially if you’re not white or Asian.

And it’s all in the details.

U.S. News and World Report doesn’t deal much in details. Its high school rankings list Princeton High School as sixth and Montclair High School 63d out of the 422 high schools in New Jersey. But if you really want to examine school quality, you need a better lens — like chronic absenteeism — which illuminates much about equity and school culture. In fact, the U.S. Department of Education (even now!) calls chronic absenteeism “a hidden crisis.” President Obama’s last Education Secretary John King explains,

Chronic absenteeism is a national problem. Frequent absences from school can be devastating to a child’s education. Missing school leads to low academic achievement and triggers drop outs. Millions of young people are missing opportunities in postsecondary education, good careers and a chance to experience the American dream.

Federal and state law defines chronic absenteeism as missing 15 or more days per year. And it is this factor — the trigger for low achievement and dropping-out — that plummets Princeton and Montclair from the top of the charts to, well, somewhere in the middle.

Here’s an example: If you factor chronic absenteeism into school quality, as the Star-Ledger appropriately did (and our federal compliance plan requires) Princeton Regional Public Schools’ ranking falls from 6th to 124th.

Princeton has one of the state’s worst scores for chronic absenteeism, falling below the state average among white students and all groups of minority students. It also had a high opt-out rate that led to sagging PARCC proficiency.

Even if you disregard the PARCC scores (wealthy Princeton and Montclair are hotbeds for anti-choice/accountability groups like Save Our Schools-NJ), the school’s appalling absentee rate tells a different story: 30.8 percent of students, according to the state database, miss 15 or more days of school. Let’s look more closely: Among those chronically absent students, 51.8 percent are Hispanic and 47.4 percent are Black, twice the rate of white and Asian students.

Thus an inner disparity rendered invisible to U.S. News and World Report readers reveals itself in segregated Princeton where students of color represent just 13 percent of enrollment but miss far more school days than white and Asian students. District-wide, 39 percent of students K-12 are chronically absent in Princeton, far above its target rate of 14 percent.  And this is one factor that leads to low achievement. On the English Language 10 PARCC test (or whatever we’re calling it), 70 percent of white students met or exceeded expectations but only 36 percent of educationally-disadvantaged students did.  (The proficiency of Black and Hispanic students are marked with an asterisk, which the state says is intended to “protect student privacy.” Nine percent of students are economically-disadvantaged.)

Montclair High School suffers from similar inequities once hidden from view by overall averages, exceptionally important in a school that is a model of integration: About half the students are white and the other half are African-American or Hispanic. (Five percent are Asian.)  Once you factor in other critical elements of school quality, the school falls far lower in the rankings, from 63d down to 212th. From the Ledger:

Montclair reported higher-than-average chronic absenteeism rates among Asian, African American and economically disadvantaged students. Meanwhile, its graduation rates among African American, Hispanic, economically disadvantaged and special education student were below the state average for those groups.  About one-third of the high school’s students skipped their state exams. [Thanks, SOS.]

There’s a problem at Montclair High School, especially if you’re not white or Asian. But you won’t see it if you don’t look closely.

Former Newark resident Shavar Jeffries, now Executive Director of Democrats for Education Reform, told a U.S. Senate Committee last year that “too many states [have] yawning achievement gaps [that] persist along lines of income, race, nationality, and disability as well as deficits in equal educational opportunities that contradict the core purposes of ESSA [Every Student Succeeds Act, the federal education law that replaced No Child Left Behind].”

His exemplar of these deficits? Montclair, where the  inequities go far beyond graduation rates. Here’s Jeffries:

We’ve looked at two high-income districts. For context, let’s look at a low-income one, a long-struggling district just ten miles south of Montclair. It’s Newark. After a series of reforms — greatly expanded school choice with a stellar charter sector, improved professional development for all teachers, merit pay, a strong focus on school leadership — the district is indeed improving (although you wouldn’t be able to tell from the U.S. News rankings except that Uncommon’s North Star Academy is ranked 13th in the state).  So let’s get into t he weeds.and look at chronic absenteeism.  At Technology High School, one of the district magnets where 85 percent of students are economically-disadvantaged and 88 percent are students of color, the chronic absentee rate is 24 percent, far better than either Montclair or Princeton. At Central High, the traditional high school where Mayor Ras Baraka used to be principal, 53 percent of students are chronically absent, about the same as Princeton.

North Star, by the way has a chronic absenteeism rate of 10.15 percent and 70 percent of its students, 95 percent of color and 84 percent low income, met or exceeded expectations in math and reading.

We can’t judge school quality through a single lens of test scores. We can’t assume that school quality improves through how much we spend per pupil. (This theory has been spectacularly debunked by Education Commissioner Lamont Repollet’s former district, Asbury Park, an Abbott, with a total annual cost per pupil of $36,957 and dismal results). We can’t solve educational inequity through integration, per Montclair. (And note the relatively new appeal of Afrocentric schools among Black parents.) There’s no silver bullet. But we know this: there’s no substitute for great teachers who hold themselves and their students to high standards, no substitute for a resilient school culture predicated on excellence for all, and no substitute for strong, accountable leadership.

“The state data confirms what many families already know, that paying astronomical taxes does not necessarily equate to strong public schools,” Montclair parent and education advocate Matthew Frankel told me. “Our kids deserve far better. Some people will tell you that Montclair is a diverse town and that’s why our scores aren’t as good as towns with the same tax bracket. That is a load of bunk. If there is anything that the recent success of districts like Newark shows us is that all students — no matter the economic challenges or the color of their skin — can succeed if given a great learning environment. We are simply failing our kids and communities if we write off this data.” Camden Parents Celebrate Their Power as All Schools Rise.