JerseyCAN Hits Back At Repollet and Murphy’s “64 Floor” Ideology. Why? Because New Jersey Should Trust Our Teachers and Students To Achieve Success. 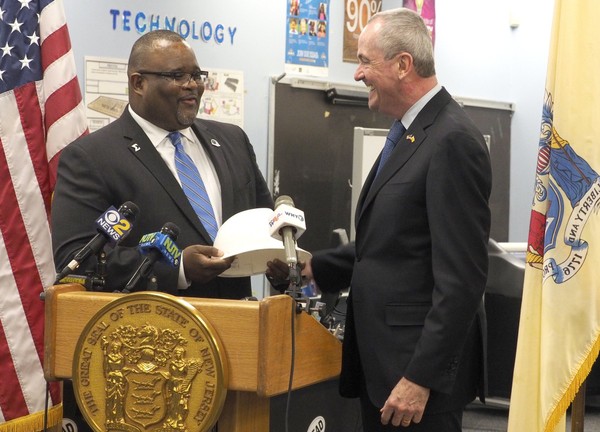 Late last week JerseyCAN issued a report called “The Real Test: Are We Committed to Excellence and Equity in New Jersey?” I recommend you read the whole thing:  It’s not long yet manages to succinctly and directly answer the question roiling NJ’s Department of Education: “Will we maintain challenging standards and assessments that ensure a high school diploma means something for all students, and work together to provide additional support to those that need it most? Or, in this pivotal moment, will we reverse years of promising progress and be satisfied with an education system that allows social promotion, leaving a student’s future destiny to be determined by ZIP code?”

Over many years New Jersey’s Education Commissioners have pushed to raise the bar for standards and assessments.  In 2005 Commissioner William Librera, in reference to a low-bar alternative test called the Special Review Assessment (SRA), wrote a memo that concluded “the SRA hurts the very students we seek to help, and it must be replaced.” Why? Because “the present results suggest that approximately one-fifth of our students are unable to meet the state requirement for a diploma.” (Predictably, Education Law Center and NJEA leaders wanted to keep SRA as-is.)

Message: Our students are capable of higher achievement.

In 2007 Commissioner Lucille Davy publicly conceded that our old HSPA tests, given in 11th grade as a diploma-qualifying exam, were actually middle school level tests. In 2015 Commissioner David Hespe called PARCC, which replaced HSPA, “a more honest, accurate assessment” that shows our “high school graduation requirements are not rigorous enough for most students to be successful after graduation. The 2014-15 results set a new baseline for improving student achievement.”

Message: Our students are capable of higher achievement.

But then, with the election of Governor Murphy and his appointment of Commissioner Lamont Repollet, academic aspirations wents into reverse mode. The first hint was during then- candidate Murphy’s keynote at the 2016 NJEA convention when he promised  to eliminate PARCC “Day One.” The second hint — hiding in clear sight during his superintendency at Asbury Park Public Schools — was Repollet’s implementation of a scheme called “The 64 Floor” which sacrifices meaningful assessments of student growth in order to raise graduation rates (for which he earned merit bonuses)  and sabotaged teachers’ ability to give a grade lower than a “D” because, as he recently told a group of legislators, “teachers weaponize grades” and, thus, can’t be trusted.

Message: Our students are not capable of higher achievement.

Now, as top honcho at the DOE, Repollet has been working to install a statewide version of the 64 Floor, the antithesis of what JerseyCan calls maintaining “challenging standards and assessments that ensure a high school diploma means something for all students.” He not only is under orders to eliminate PARCC but also — and I don’t know if this comes from him or Murphy — to give up our quest for educational equity.

Now at our current DOE the clock runs backwards, slip-sliding away to the bad old days when high school completion signified seat time. NJEA leaders may cheer — they long for the day when assessments unaligned with skills necessary for post-high school success inflated student achievement and made everyone look good —  but there’s one problem: Students enter college unprepared for college-level coursework; according to the Hechinger Report, 46% of first-year college students from NJ are placed in remedial courses.

This may be one reason why the NJ State Board of Education rejected Repollet’s proposal to cut down diploma qualifying tests from six to two, requiring only that students pass English 10 and Algebra 1, the latter a course typically taken in 8th or 9th grade. At a legislative hearing Senate Education Committee chair Teresa Ruiz said, “What we don’t want to do is socially promote students who are not meeting the bench mark.” She added, “If we move entirely away from that in the high school years, what kind of data will we be getting to our families and to our teachers and to our principals, to make sure there’s a remediation plan that protects that child?

Assembly Education Committee chair Pamela Lampitt said, “I’m finding what I’m listening to is conflicting, and I’m not sure about the strategy that you’re taking, and I’m very, very concerned about this, commissioner.”

Yet Repollet is firmly of the mindset that our students can’t be held to higher standards. JerseyCAN proves him wrong through a simple strategy: Fact-based research.

*State achievement trends have risen significantly since 2015. Promisingly, some of the students who have been exposed to the more rigorous standards and assessments the longest have seen some of the greatest gains over time.

*A cohort of 250,000 of the same elementary school students who took the exam for three consecutive years posted extraordinary gains from 2015 to 2017; even the lowest-performing students in that cohort made dramatic improvements over that time, with close to half moving up one or more levels in ELA and math.

*African American and Hispanic students have shown encouraging growth since 2015 as well; in ELA, African American scores are up by an average 9.5 percentage points and Hispanic scores by 10.9, outpacing the state average increase of 7.8 and placing New Jersey at the top among states for these kinds of gains.

This data is backed up by professionals well-versed in state-by-state student growth. Mike Cohen of Achieve Inc. noted at a NJ Spotlight panel,

When I look at the evidence of academic performance in New Jersey, you have made quite a few gains in the last four or five years. I know PARCC is not popular, but when you look at the trends on that, the gains are pretty impressive compared to other states across the country. You should take a little time to reflect on all that you have accomplished, particularly in difficult times.

There’s much to celebrate but hold the confetti. From the report:

• There are 50% more kids reading on grade level in Princeton than in Paterson.

• In Trenton, 18% of high-schoolers are meeting college and career readiness benchmarks in reading and writing, compared to 72% statewide.

• Within districts like Montclair, 76.7% of white students and 71.3% of non-economically disadvantaged students are proficient in ELA, compared to 56.2% of Hispanic, 41.9% of African American, and 31.2% of low-income students.

In other words, our achievement gaps both within and among districts remain unacceptably high. Yet how would you know that without meaningful tests that are challenging enough to differentiate student proficiency?

And that’s where a PARCC-like test comes in. It highlights the achievement gaps and allows us to address them. If we revert to an easy test not aligned to course content, we once again perpetuate a false perception of readiness that hurts families and students, especially low-income ones.

The report also takes note of NJ’s growing acceptance of PARCC. Remember when we first implemented PARCC NJEA paid for billboards saying clever things like “PARK the PARCC” and Save Our Schools-NJ enthusiastically encouraged parents to boycott the tests?  That’s history now. Opt-out rates are dramatically down. (See figure 9 from the report for the data.)

But Repollet and Murphy seem blind to the benefits of the tests, as well as the time, loss of baseline data, and costs associated with creating new ones.  From the report:

In Tennessee and New York, testing platform failures have led to significant disruptions and the inability to use resulting data. In Ohio, the state has paid $42.50 per pupil for the ACT and $45 per pupil for the SAT3 — nearly double the costs per pupil for PARCC in New Jersey.

Isn’t it time to move beyond obsolete antipathy towards a particular standardized test (which, by federal law, we’re required to administer) and do what’s best for students and families? PARCC is working! Why can’t we just rename it — heck, call it the NJEA Assessment or the Murphy Measure — and not waste everyone’s time for the sole purpose of satisfying special interests and giving the Governor a talking point for his next campaign?

We’ll give JerseyCAN the final word:

We must consider the context and use the recommendations provided in this report to inform the conversation around our next generation of assessments. We must not rush to a quick solution that short-changes our children’s future. Instead, state leaders, educators, parents, and advocates alike must pass the real test before us and reaffirm our commitment to equity and excellence for all students in New Jersey. Commentary Is the Teachers Union Too Powerful? State

When Union Power Goes Too Far: The Case of Sasha