Murphy Manages To Deliver What Nobody Wants. 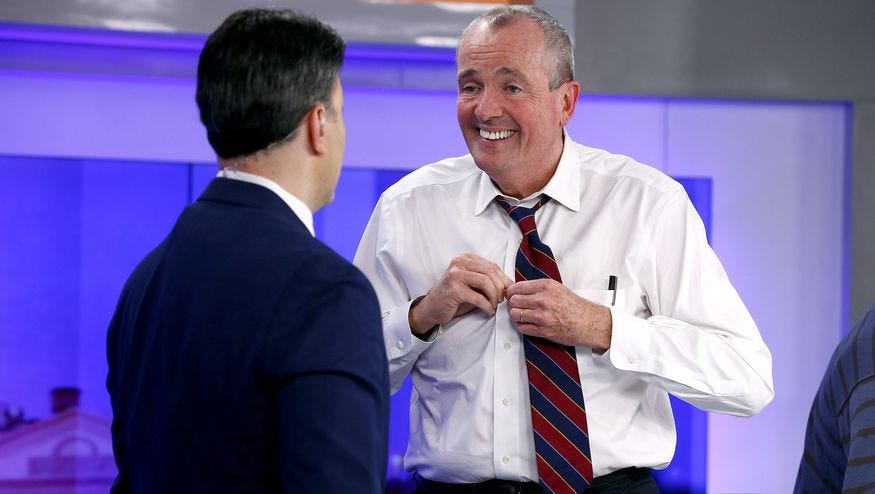 Governor Phil Murphy loves to talk about how he’s moving New Jersey forward but in the world of K-12 education he’s intent on moving us back ten years. Remember the days of the High School Proficiency Assessments (HSPA), those basic skills tests that former Education Commissioner Lucille Davy, who served under Jon Corzine, deemed “8th grade level”? The assessments so easy to pass that our graduation rate was sky-high and first-year college students, deceived by the Jersey myth that a high school diploma meant readiness for higher education, ended up in non-credit-bearing remedial courses?

That’s where Governor Murphy is taking us — not forwards, but backwards, after only 18 months in office. Why? I’m no psychic but I’d imagine he’s just following his well-worn script of claiming progressivism while enacting regressive policies to please lobbyists and grease his skids to a Cabinet post if a Democrat beats Trump.

Bully for him. There’s no shame in ambition. But here’s the problem: Our current Department of Education, under Murphy’s direction, is ready to trash our new diploma-qualifying tests even though NJ students are flourishing, rising to the challenge of mastering material that actually gets them ready for whatever they want to do after high school. Every year our students do better on state standardized tests, formerly known as PARCC, that are aligned with the Obama-era grade-level course content. The “opt-out” movement, once a war cry, is a whimper.  Every year our high school graduation rate goes up.

Yet despite our children’s academic ability to meet higher expectations, we’re ready to revert to an old system that relies on the pretense of progress, ready to retrieve from the landfill the old-timey/low-ball assessments that will force our kids to take tests on subjects they studied long ago.  As Senator Teresa Ruiz, chair of the Senate Education Committee, told NJ Spotlight, “instead of good education policy, the administration is trying to backstop a problem directed by the courts,” adding, “I absolutely do not support these changes.” In an op-ed today she writes, ” I will be asking for the state Board of Education’s continued partnership in moving forward with the graduation assessment compromise that was struck almost exactly one year ago.”

But today the NJ State Board of Education may end up ignoring that compromise and voting for these changes derided by Ruiz, all because Murphy promised NJEA he’d “eliminate PARCC Day One.”

Maybe I shouldn’t be so hard on the Governor. He’s got plenty of company in this scheme to lower standards. First, our old state statute mandates that diploma-qualifying tests can only be taken in eleventh grade, which seems pretty arbitrary to me. (A bill that would tweak the law and allow tests to be taken in other high school years is stuck in legislative purgatory.) Second, look at this tweet:

These photos were taken at a New Jersey Department of Education “Graduation Assessment Policy Convening” which the tweet describes as a meeting with “various NJ education stakeholders to discuss the future of statewide graduation assessments.” In the bottom photo on the left is Stan Karp of Education Law Center, Rich Bozza of the NJ Association of School Administrators,and Deb Bradley of the NJ Principals and Supervisors Association; I don’t know who else is there but the woman facilitating the meeting in the background is Diana Pasculli who, under the Christie Administration, was Chief Public Affairs Officer — in other words, in charge of generating good press and mitigating bad press — but was abruptly promoted to  Deputy Assistant Commissioner for Performance in the Division of Academics and Performance when Gov. Murphy appointed Lamont Repollet as Education Commissioner.

I’m sure there are NJEA leaders in the room too. Not that there’s anything wrong with that: Teachers must be part of this conversation.  But here’s the problem: The people making decisions about how we assess student growth are not prioritizing the educational needs of students.

And, if they were, they wouldn’t be rushing a Request for Proposals for new tests — before the DOE actually has a consensus on how best to gauge student growth in high school — so that Murphy could claim (belated) victory over PARCC before his term is up. (Repollet’s assurance in the Spotlight article that he’d have results from RFP’s for “next generation” assessments by the end of the calendar year is hogwash.)

But this isn’t about best practices. This about using political power as a battering ram while the academic  progress of children is reduced to splinters of collateral damage. NJEA leaders get their low expectations back so they can own bragging rights to inflated test scores and graduation rates. Murphy gets to claim (belated) victory over the PARCC dragon.

Now, I understand the argument that Karp and Education Law Center make that for aspiring workers, receiving  a high school diploma, even if it signifies nothing, gives them better earning potential than being a drop-out. But every single Abbott case has turned on the achievement gap between wealthy students and poor students, which is why we have compensatory funding for districts on the (obsolete) Abbott list. As the State Supreme Court understood,  New Jersey will never achieve educational equity until we ensure that every student has the resources to succeed. We can all agree on that, right? So why would Karp/ELC fight accurate quantifications of the achievement gap, which can only be achieved through grade-level standardized testing?

It’s so counter-intuitive: There can be no equity if we don’t have a common measure of what we mean by success, yet that’s what ELC (NJEA/Murphy/Repollet) is fighting against.

There are ways to fix this. The Legislature can amend the law that restricts diploma-qualifying tests to eleventh grade. The DOE can put on the brakes and take the time to develop a consensus-driven testing plan — one they reveal to the public —  before putting out a Request for Proposals. NJEA leaders can remind themselves that they already won the golden goose — student test scores are barely linked to teacher evaluations anymore — and just this once behave less like a labor union and more like student advocates.

And, maybe, just maybe, Gov. Murphy can retrieve his spine (and dignity) and  demonstrate true progressivism by prioritizing the needs of children over the political interests of adults. 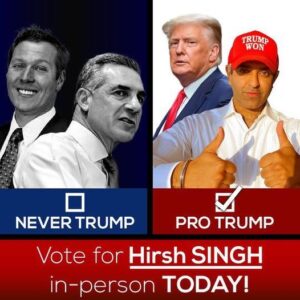 ANSWERED: Are Murphy’s Mask/Vaccine Mandates in Schools an Abuse of

Did You Know That Trenton’s Next Mayor Selects the School

You Know That Business About Consolidating School Districts?