After Seven Years of Broadly-Supported School Choice, How Are Camden Students Faring? 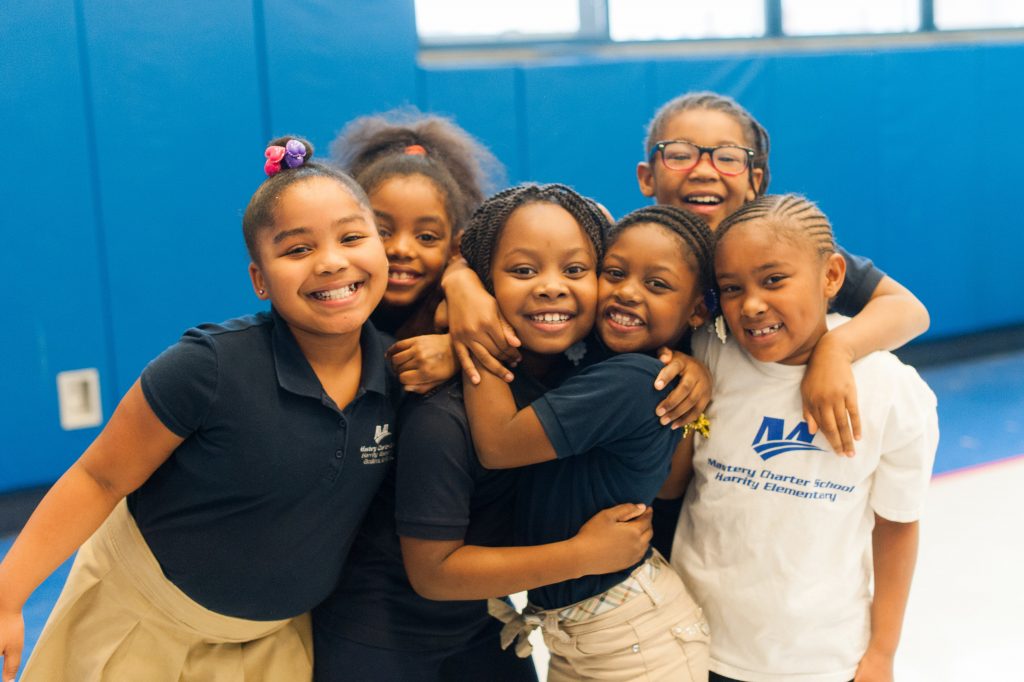 This is a guest post by David Osborne and Tressa Pankovits. Osbourne  leads the K-12 education work of the Progressive Policy Institute. Pankovits is associate director of PPI’s Reinventing America’s Schools Project. This first appeared in The 74.

With 55 percent of its students in chartered public schools or renaissance schools — neighborhood schools operated by charter organizations — Camden, New Jersey, has implemented one of the most ambitious portfolio strategies in the nation in recent years. It has done so under state control, but New Jersey will probably return power to an elected school board within the next few years. So November’s elections for an advisory school board, the first since state intervention, were an important barometer of local sentiment.

Of the three seats up for grabs, two were won by candidates who support the renaissance and charter schools. The third went to a candidate endorsed by the local teachers union, which ran candidates for all three seats. All three new members were sworn in Jan. 3.

With 75,000 people, Camden is one of the poorest cities in America. At the time of the state intervention in 2013, the Camden City School District was suffering from more than two decades of poor results, financial mismanagement, systemic inequity and grade-fixing scandals. Even though the district spends almost double the national per-pupil average, some 23 of the city’s 26 public schools scored in the bottom 5 percent of schools in New Jersey. Fewer than half of students were graduating from high school, and even fewer were proficient in reading and math in elementary and middle school. With half of the district’s buildings constructed before 1928, students attended crumbling schools, some of which even lacked running water.

In 2012, the legislature passed the Urban Hope Act, which allowed the Newark, Trenton and Camden districts to partner with high-performing, nonprofit charter school operators to take over failing district schools without displacing students. Once under state control, Camden embraced the statute, and today almost 4,000 of about 15,000 public school students attend 11 renaissance schools, operated by KIPP, Mastery Schools and Uncommon Schools. Another 4,350 attend chartered public schools, and 6,800 go to district-operated schools.

As with charter schools, the state per-pupil funding follows the students to the renaissance schools, and the operators have significant autonomy to choose their staffs and define their educational programs. The renaissance schools get significantly more money per pupil than charters do, but the statute requires them to build or substantially reconstruct the buildings they inhabit.

Seven years later, the results have been impressive. Mike Magee, CEO of Chiefs for Change, called them “among the most significant and inspiring in recent education history.” The high school graduation rate has increased 20 percentage points, as the graph shows.

Results at charter public schools can be found, and compared with renaissance and district-operated schools, in a recent study from Stanford University’s Center for Research on Education Outcomes (CREDO). On the accompanying graphs, the state average is set at 0; normally, performance in a poor city like Camden would be far below that average. The scale on the right side of the graph represents the approximate number of days of learning students enjoy each year compared with the state average — more days of learning for positive numbers, less for negative numbers.

As CREDO’s first graph shows, all Camden students, regardless of school model, have benefited from the reforms, though the city still scored below the state average in 2017. By that year, they were achieving roughly 85 days more of learning in math and 30 days more in reading than they had two years earlier.

The second and third graphs show that while Camden’s charter students usually perform better than the state average, renaissance schools produced tremendous growth in their first two years, from well below the state average to well above. District-operated schools — here called TPS for “traditional public schools” — also improved, but did so more slowly; they remain below the state average. Test scores like this normally bounce around a bit between years, so multiyear trends are more trustworthy than one year’s data.

New Jersey also has a Quality Single Accountability Continuum, which measures district performance in five areas: instruction and program, fiscal management, governance, operations and personnel. In 2017-18, the Camden district improved its performance in all areas except fiscal management, where it lost ground. Once the district provides sufficient evidence to the state that the progress in those domains can be sustained over multiple years, it will be eligible to regain local control over those functions. The district will present its 2018-19 continuum scores to the state next month, and the state will respond in the spring.

Which brings us back to the recent elections. Bryan Morton is a board member of the Campaign for Great Camden Schools, which campaigned for the pro-reform candidates. He called the outcome “historic” and a “major disruption in a city where — prior to state intervention — the school board was for decades controlled by the unions.”

There will be another election next year, and another the following year. (The rotating nine-member board serves three-year terms, so there will always be a school board election “next year” in Camden.) Morton believes that the renaissance school experience has left Camden’s parents with “very specific expectations about the reforms that are benefiting our students, and that is that they won’t be disrupted.”

Superintendent Katrina McCombs seems to have no intention of going backward. She served as deputy superintendent under Paymon Rouhanifard, who led Camden’s turnaround from 2013 to 2018. He recommended that she succeed him, in part because she had attended district schools and had spent 25 years there as an educator, including stints as a principal and district director of early childhood development.

In her 2018 strategic plan, “Putting Students First,” McCombs emphasized her commitment to all students in all schools, regardless of the model. In a local interview, she made it clear that giving parents a choice of traditional public schools, charter schools and renaissance schools is critical to what she calls “a vital balance.” She said she intends to work collaboratively to “strengthen the partnerships among the three types of schools and create citywide activities … re-creating a neighborhood-school feel even if more students are choosing not to attend their local public schools.” In the Charter-Schools-Cause-Segregation Lawsuit, Will A Bogus Argument Win Over New Report on ‘Unfinished Learning’ Finds Our Kids Are Not LILLEY: NJ Is Tops Because of High Education Spending That