Is Phil Murphy Spending Too Much Time in the Italian Sun? How Else To Explain His Veto? 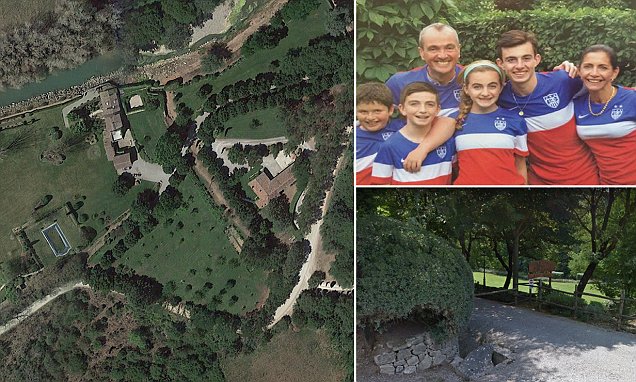 Maybe Phil Murphy needs to vacation in cooler climes in order to make fair decisions on school funding for New Jersey residents, already taxed to the teeth. Yet he deserves a degree of sympathy: Just how much cognitive dissonance is generated by positioning oneself as a man of the common people while sending your kids to elite boarding schools and vacationing at your 23-room mansion in Italy?

Because I don’t know how else to explain Murphy’s veto of a bill, sponsored by Senate President Steve Sweeney and approved by both the Senate and Assembly, that would allow about 40 school districts to waive the 2% property tax cap. Why the waiver? Homeowners in these districts are taxed below — in some cases, well below–their “Local Fair Share (LFS),” which is calculated by a formula in the School Funding Reform Act, or SFRA. As the state starts pulling back on pork in the formula like Adjustment Aid, some districts are pleading poverty.  The waiver Sweeney proposed would let them gradually increase local taxes so schools remain solvent and able to adequately educate students.

But Murphy, a former Goldman Sachs executive who must be able to do math, vetoed the bill.

In a rare point of consensus, both NJEA and the NJ School Boards Association supported Sweeney’s bill.. From NJ Spotlight:

We strongly disagree with the governor’s interpretation of the proposal and its impact on local property taxpayers,” said Lawrence Feinsod, the school boards association’s executive director. “[The bill] was well-thought-out legislation that would have enabled school districts to maintain educational programming. It would not have resulted in wide-scale, unbridled property tax increases as inferred by the governor.”

Feinsod went on to say that the governor’s linking of the cap waiver with the millionaires tax was misguided.

“A millionaires tax and a property-tax cap adjustment are completely unrelated,” he continued. “Under the state school-funding law, any additional revenue generated by a millionaires tax could not be used to provide additional funds to districts that will be losing school aid.”

Yet in my own flash of cognitive dissonance (tempered by Comm. Repollet’s decision yesterday to ignore Newark Superintendent Roger Leon’s demand that he close down four charter schools), I’m delighted to say that the NJ Department of Education is taking the high road.

At the bottom of this post is a letter from the DOE to Toms River Superintendent David Healy. Here, the DOE carefully goes through each of Toms Rivers Regional School District’s arguments for why it needs an emergency cash infusion of $4,473,821, despite the fact that it is over-aided by  $18,607,945 , which comes to $1,238 per student. Why the windfall? Toms River’s tax rate is only about 1%; if it paid its Fair Share, the tax rate would be 1.24%. (The state average is about 1.5%.) It doesn’t need emergency cash; it need to raise taxes. You can read the letter yourself but the DOE pushes back on almost every item by citing a trend of decreasing enrollment, the district moving Extraordinary Aid into the General Fund (can that possibly be legal?), a “five-year history of audited excess surplus,” and a budgeted $886,935 in revenue that more than doubled.

It is a blessing to be able to praise the DOE for this accurate and equitable letter, which concludes,

There’s been all sorts of nonsense about this on social media, including Toms River and Brick Township’s claim that the DOE is “hiding” the formula that it uses to calculate Local Fair Share (LFS). Here, no more secrets:

Bottom line: Senate President Steve Sweeney proposed a bill that would allow undertaxed towns like Toms River and Jersey City (the latter with a ridiculously low tax rate of 0.4%) to raise their school tax rate above the 2% cap. Gov. Phil Murphy vetoed the bill, in a move Moody’s called “credit negative.”

“Moody’s confirmed today what legislative leaders, the New Jersey School Boards Association, and responsible superintendents and school board officials across the state have been saying for weeks. It was fiscally irresponsible for the Governor to veto legislation that would have provided the same cap relief to suburban and rural districts that are losing Adjustment Aid, taxing below their Local Fair Share and spending below adequacy — as determined by the Governor’s own Department of Education — that is already provided to the Abbott districts.

So what’s up with Murphy? Does he still bask in the illusion that a “millionaire’s tax” is going to save our insolvent butts? Is he offering us shelter in his Italian mansion? (Well, it does have three additional houses, stables, a tennis court, and a swimming pool.) Does he really think any governor will ever “fully fund” SFRA, which would cost an additional billion dollars a year?

We’ll let the blogger at  New Jersey Education Aid have the last word:

The real motivation behind…Toms River’s fight for Adjustment Aid is to keep their taxes low.  If they were really so concerned about budgetary stability, they would fight for a liberalized tax cap so they can tax their tax bases more easily.  The fact that they have zero interest in this shows that they want to maintain their 1% tax rates at the expense of students and taxpayers elsewhere in New Jersey.

Snaps to the Assembly The Anti-Testing Movement and Global-Warming Deniers