Welcome to Montclair, Where “Progressivism” Turns Into the “Epitome of Black Oppression” 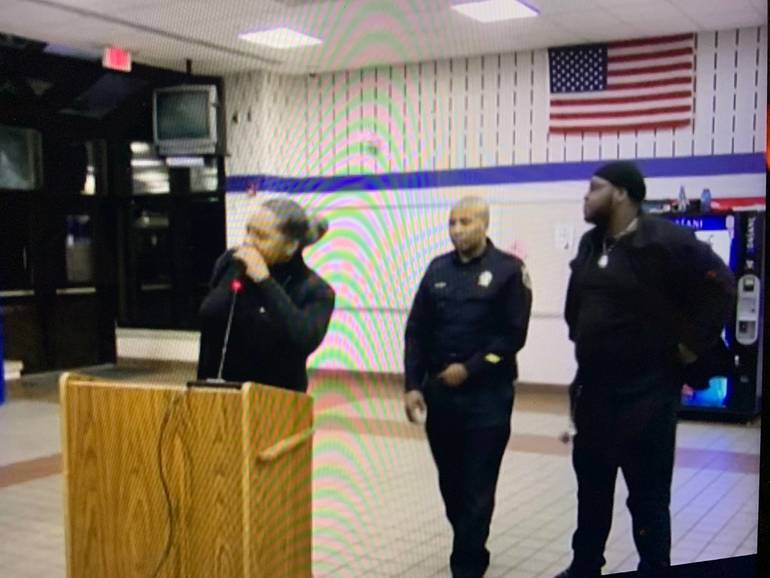 I know this will be controversial but I don’t  have a problem if a teacher is found to be racist, as long as it doesn’t interrupt instruction.*

I feel comfortable around black people because I grew up on a dairy farm where my family employed four black families.

Who’s that? Why, it’s Nathan Parker,  the superintendent of the “progressive” suburban school district of Montclair, New Jersey where the average price for a home is $662,000 and the average property tax bill is $19,600. The town describes itself as “identified by its diverse population, grand old homes, proximity to New York City and its thriving arts community.” The district has, according to its website, a “Center for Social Justice” and an Equity, Curriculum and Instruction Department  that boasts an “authentic integration of equity, access and opportunity in our curriculum, services, professional development and resources.”

Yet the Montclair traditional public schools appear to be in crisis. Black parents are demanding the resignation of Parker, its 7th superintendent since 2011. At the most recent Board meeting, parents were enraged when, for the first time in recollection, the Board hired police officers to patrol the session. A new trend called “bright flight” describes an increasing number of black Montclair parents who enroll their children in private schools. (In related news, on Monday a Montclair High School teacher found two swastikas and an anti-Semitic phrase carved into chairs, the third time this has happened this school year.)

The answer is “nothing new.” While Montclair Public Schools District is indeed diverse —  at Montclair High School, for example, 48% of students are white, 6% are Asian, 12% are Hispanic, and 28% are black — the community has suffered not from external segregation (like nearby almost-all-white Millburn** and nearby almost-all-black-and Latino Newark) but from internal segregation. Kellia Sweatt, President of the National Independent Black Parent Association (NIBPA), went up to the microphone at the February 19th meeting to explain,  “more and more black parents, concerned citizens and activists are showing up for these meetings because of the blatant racism that goes on in our educational system.”

Another speaker, NAACP Youth Council President Jenn Whitlock, told the board that “as a person of color, I have witnessed many incidents of violent outbreaks in the class towards students of color.”

Another parent, Nicole Farjani, went up to the mike, pointed to a slide that showed the black/white achievement gaps across the district, and questioned the Board’s proposed cutof $600,000 from the Equity Curriculum Instruction.

“This particular Board is creating additional barriers,” said NIBPA’s Sweatt. “Racism is about the denial of access and I think this speaks to the clear demonstration of their perpetual systematic forms of racism. This board does not feel very welcoming to African-American people and other people, as well. Having a police presence shows us that they do not want us here and they want to criminalize anyone who speaks out against racial policies.” She called the leadership of Superintendent Parker and the current board “the epitome of black oppression.”

Gaps in academic achievement within progressive districts are not unique: Brightbeam recently put out a report called “The Secret Shame: How America’s Most Progressive Cities Betray Their Commitment to Opportunity for All.” Education Week just published the results of a study on North Carolina that suggests “hidden segregation’ can become a problem for the very districts focused on making their overall schools more diverse.” After all, just because a district is diverse and primps its progressive feathers doesn’t mean it treats all students fairly.

It’s not for lack of awareness. In 2015, when Penny MacCormack  was superintendent, the district convened an Achievement Gap Advisory Panel. In its final report, the Panel confronts data like this: “90 percent of white third graders were proficient in reading, compared to 60 percent of black students.” And, “more than a quarter of black male students are in special education classes, although they account for only 16% of the school population.” And, “163 of the 235 white students in the class had grades in the top 50 percent of the class, while only 45 out of the 196 African-American students were in the same ranking.” Among students taking A.P. classes, 73% were white. Among students suspended from school, 80% were black.

The report also contains a long list of recommendations, some of which have been implemented.

So where is Montclair five years later (given that NJ currently administers grade-level standardized tests, compared to the below-grade-level ASK tests that students took then)?

Nothing seems to change.

I don’t know where to go with this. The brightbeam analysis confirms that our most progressive cities have, in fact, searing opportunity and achievement gaps.The article in EdWeek on North Carolina’s internal segregation suggests that the most effective remedies are “breaking down stereotypes about which students could handle advanced classes” and eliminating prerequisites to A.P. and honors’ classes, hardly a slam-dunk. Meanwhile, the Latino Action Network is in NJ State Supreme Court court with a lawsuit claiming NJ’s segregated school district are responsible for achievement gaps (plus the presence of charter schools) but Montclair’s history belies that hypothesis.

In fact, Montclair’s efforts to conquer institutional racism seem akin to shooting a water pistol towards a conflagration.

Laura Hertzog, former Montclair board president who resigned because of what she called a “toxic culture,” reflected that “we need the acceptance of the reality that Montclair is not as inclusive and progressive as we would like it to be.”

If I were them, I’d be tired of waiting. I’d be angry that my child, who only gets to go to kindergarten/first grade/second grade once has been left behind.

Maybe parents like Kellia Sweatt will cajole the School Board towards that acceptance. Maybe the Board will shed its toxicity and focus less on public proclamations and more on action that leads to improved student outcomes for black and brown students.

This shouldn’t be controversial. This should be common sense.

*Parker has since issued a public apology.