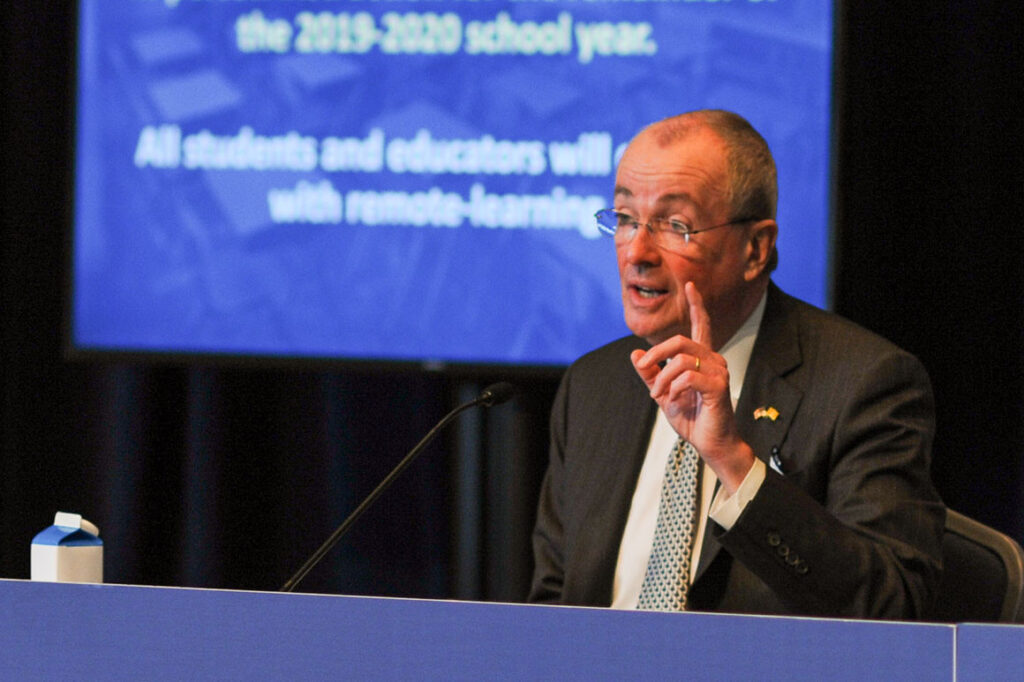 For the last two years I’ve been reporting on the disarray at the New Jersey Department of Education. Suddenly I’m not the only one. In a series running this week at Advance Media, Adam Clark describes a “system-wide breakdown last spring that failed the state’s most vulnerable children” due to a “lack of decisive action or funding” as well as the “low bar” set by the DOE. Six months after the pandemic closed schools, Clark says, the NJ’s education system is still “operating in triage mode” due to “ever-changing state guidelines.”

Example: Six months after schools closed down and technology became as essential as bookbags, the DOE has no idea how many students are cut off from remote instruction.  First it claimed 90,000 kids lacked internet and/or a device, then 230,000, now as many as 350,000, 20% of NJ’s public school enrollment.

Extracting ourselves from this mess depends on Gov. Murphy’s willingness to rock the boat and make meaningful changes to the DOE in culture, diligence, and — most critically — competent leadership.

The fact that the repository of information, which is the Department (of Education), can’t report to the Legislature how many students are still disconnected is a huge red flag for all of us.

Tanya Maloney, an assistant education professor at Montclair State University, said, “what happened in March was gross. It was very upsetting to watch.”

Whoever would have believed that I’d be on the same page as the Education Law Center? I wholeheartedly endorse executive director David Sciarra’s statement:

The state has really dropped the ball…The state’s initial response so far, by and large — even up until now — has been essentially to pass the buck off to local school districts.

And here again is Senator Ruiz:

We are ultimately engaging in the process of filtering kids towards failure.It should be our responsibility to ensure that kids have what they need to learn…I’ve been expressing frustration about this since March.

Is the worst over? Not yet. I’m not as sanguine as North Brunswick Superintendent Bryan Zychowski who says,  “I want people to know, our residents in North Brunswick and statewide — this is a temporary setback.”

In a follow-up article Clark quotes Jennifer Rosen Valverde, an attorney who represents low-income families with children in special education. She says that children with moderate to severe disabilities can take years to master a skill, only to regress in a matter of weeks.

“I think that we should envision that these children will have lost a year of their schooling when all is said and done,” Rosen Valverde said. “That one year can turn into three, four years of lost progress depending upon the severity of their needs.”

So what do we do now?

First, Murphy needs to face facts: Former Education Commissioner Lamont Repollet’s tenure was a disaster, leading to the deterioration of key functions, much like the School Development Authority.  The DOE needs a well-respected leader who puts kids first, not photo ops; who isn’t in the pocket of teacher union leaders (hey, a girl can dream); who is more interested in increasing educational opportunities for students than lowering standards; who stops perpetuating the pretense that all our schools are great.

Repollet’s interim replacement, Kevin Dehmer, is an excellent finance person who has no background in education. We need a leader who views the DOE as a true overseer of 600+ districts and is willing to confront the inequities that permeate our system. Yes, it’s going to be a hard sell to top-flight leaders. (See here for my best guess why Murphy hasn’t proposed a permanent appointment.) But you know the saying, “first-rate people hire first-rate people, second-rate people hire third-rate people”?

Former Commissioner David Hespe told Advance Media, “leadership is important, and leadership is super important in difficult times. The fact that we don’t have a permanent commissioner, I think, is a problem. Without a doubt.”

Here are three actions Murphy and his Commissioner can take to get NJ’s public school system working again:

If districts are to mitigate academic regression, they have to know student proficiency levels.’ If you can’t measure it, you can’t manage it. And at a state level, we need to know what resources are necessary to slow the last six months of regression for our most vulnerable students. While the DOE has made available (for free) an assessment called StartStrong for math and reading, it can’t be voluntary but mandatory. Yes, some districts have their own internal online assessments like MAP, but the DOE needs a statewide picture. Surely schools can spare 45 minutes for kids to take this no-stakes test.

Look, I get it. Local politicos will be outraged at the overreach and making the test mandatory runs counter to Murphy’s deference to teacher leaders. Tough shit. This isn’t about power (and politics is always about power). This is about children, especially those at higher risk of learning loss.

We New Jerseyans sure do love our home rule. But in a crisis the state must step up and take charge. Think about it: What if rather than leave each district to fend for itself in procuring laptops and hot spots, the DOE had calculated the deficit district-by-district and taken care of basic necessities?

Wouldn’t that have been a scenario than one out of five students falling into the digital divide? (Yet in May Governor Murphy vetoed a bill, that would have given districts enough money to buy devices and internet access.)

And what if, instead of constantly changing guidance and leaving reopening plans to local leaders, Murphy had issued parameters for safe instruction? Even NJEA leaders, huge Murphy fans, issued a statement saying that school reopenings are a “decision that cannot be left in the hands of nearly 600 individual school districts.”

Speaking of 600 individual districts, why can’t we take this crisis as an opportunity to consolidate, at least during school closures? Let’s take Mercer County (where I live): Why not take the districts that are fully remote (most are right now and may be for longer than anyone wants) and have the most dynamic 7th grade math teacher in the county do live instruction for 7th grade math students at the same level, leaving district teachers to contact kids and families to fill in gaps and keep students on track?

Example: There are 76 school district in Bergen County. Why are we reinventing the wheel 76 times? Why aren’t districts collaborating on professional development and lesson plans? Isn’t this an opportunity to create more equity and cameraderie among staff and students at a time when both are in short supply?

This isn’t that hard. With these three elements —competent leadership, statewide assessment of student deficits, and a willingness to collaborate, the next six months of school can be far better than the last six months.

Does the Governor have the will? Do we? Are we ready to exit triage mode and get our kids learning? How much longer can we wait? JerseyCAN Comes to the Rescue of Parents and Schools Because