Explainer: How Are Schools Funded in New Jersey, and Why Are My Property Taxes So High? 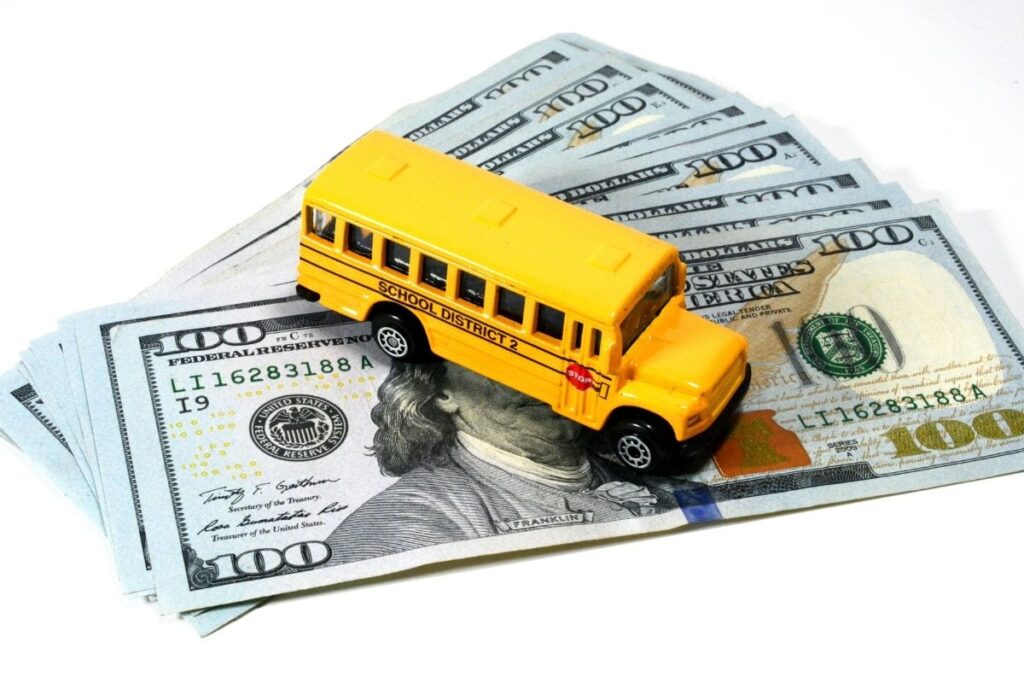 New Jerseyans love to complain about their property taxes —with some justification.

According to WalletHub, we pay the highest property taxes in the country, with the average New Jersey tax bill coming in at $9,112. For context, the average U.S. homeowner pays $2,375 a year in property taxes. So why do we pay so much?

The answer is school funding: New Jersey is in the top one-third of states that rely on local property taxes to pay the costs of public education. But how does this all work out in individual districts? How do we decide how much to spend for each child? And where does that money come from?

Here are some questions and answers to understanding the basics of New Jersey public school funding.

Does the federal government and the state send money to my school district or does it all come from my property taxes?

New Jersey school districts — at least those that are middle- to upper-class — overwhelmingly rely on property taxes to fund costs. There’s a good reason why we do this: unlike other sources of revenue like income and sales taxes, real estate values are relatively stable.

Still, a large portion of New Jersey’s annual state budget is devoted to schools; the 2021 state budget allocated 40% of the total $41 billion to pre-kindergarten-12th grade costs, derived mostly from income taxes and other revenue. But the amount of state aid you get depends on your municipal wealth.

Here’s how it works: If you live in a low-income district, especially an urban one, most of your school district costs are covered by the state. If you live in a high-income district, then local property taxes pay for almost all of your school costs. Most people agree that this is progressive and fair: the amount of money spent on a child’s education shouldn’t depend on his or her parents’ income or a family’s ability to move into a high-quality school district.

How did we come up with this system?

Forty years ago the Education Law Center (ELC) sued the state in a famous set of cases called Abbott v. Burke. The premise of the case was that educational inequity is inherent in a school funding system that relies so heavily on the value of local real estate. The ELC lawyers argued that some low-income districts were spending less than wealthy districts per student and this was because the funds available from local buildings and houses that pay property taxes (called ratables) were really low in an impoverished district like Camden City and really high in a posh district like Millburn.  Not only was this clearly inequitable — it was also illegal. Our state constitution says that every student, no matter where he or she lives, is entitled to a “thorough and efficient system of schools.”

The Abbott v. Burke cases led to a series of attempts by the state to create a school funding formula that was equitable for 31 designated “Abbott districts” (now called “School Development Authority districts,” or SDA districts). The fifth school funding formula was the charm, passed by the Legislature in 2008, and is called the School Funding Reform Act, or SFRA. It was approved by the Court on the condition that it be fully funded (which it never has been, a topic for another day).  In this way, the Court reasoned, economically-disadvantaged children in those 31 districts would have the resources they needed to compensate for poverty (although some point out that while fair funding is necessary, it isn’t sufficient to produce educational equity).

You can see how this works by checking the state Department of Education’s database. Let’s look at Newark (an Abbott/SDA district,) and its budget. On page 2 you can see that the total operating budget for the school year 2020-2021 is just over $1 billion. Of that billion, the “local tax levy” — the amount collected from Newark residents–is $138 million. So about 14% of the school district’s annual budget comes from local property taxes.

As it should be. Newark students deserve as high a quality of education as Millburn students, just 10 miles away. Speaking of Millburn, this school district’s annual operating budget for 2020-2021 (for less than 5,000 students compared to Newark’s 50,000) is about $97 million and local property taxes kick in $88 million, or over 90%.

How does our school funding formula work?

Every year the state calculates an “Adequacy Budget,” i.e., what it should take to educate a typical child for one year. Then the state calculates how much a district can rely on property taxes; the wealthier the town, the higher the school tax. That’s called “Local Fair Share.”

For towns that can’t meet the adequacy budget through property taxes, the state kicks in a funding stream called “Equalization Aid.” So you can think of SFRA as Local Fair Share + Equalization Aid = Adequacy Budget.

The formula also adds extra “weights” for students eligible for free and reduced lunch (a proxy for economic-disadvantage), students with disabilities, and English Language Learners; also, older children get more money than elementary school-aged children. There are other revenue streams as well; one is “Adjustment Aid,” intended, after the passage of SFRA, to give “over-aided” districts a kind of “hold harmless” period. This is slowly being phased out. In 2021, for example, $155 million in Adjustment Aid was cut from districts.

So does all the money in the state education budget go to those 31 Abbott/SDA districts?

Most of it does!  Also, in order to raise the money to satisfy the State Supreme Court, typically about 88% of state income taxes — last year they totaled $14.9 billion– go towards education, as well as a half cent of sales taxes and some money from the lottery. (In 2021, over 100% of income taxes went to schools because Gov. Murphy borrowed $4 billion to cover some under-budgeted costs ).  Also, those 31 districts get free facilities support through an agency called the School Development Authority (which has a rocky history).

Does my school district get any state aid?

Yes, every district in New Jersey gets some state aid. And all this information is publicly available. Click here for the Department of Education’s “User-Friendly Budgets,” then select your county and your local school district. On the second page of the budget you’ll see two categories: “General Fund Revenues from State Sources” and “Special Revenue Fund Revenues from State Sources.”  Add those together and you’ll see most of the state’s contribution to your local district.

On the top line of page 2 is “Local Tax Levy.” This is the amount of property taxes collected by your municipality that go to your school district.

Do other states spend as much as we do on schools?

In comparison to most other states, New Jersey funds our schools generously. According to the National Education Association (one of the two national teacher unions), New York State spends the most per pupil — $24,747 per year– and New Jersey is in second place at $21,326 per pupil per year.  Also, our education spending is the highest in the nation as a percentage of our Gross Domestic Product.

Yet there is wide variation in how much districts spend per pupil.  For example, Asbury Park Public Schools (an SDA district) spent over $42,000 per student last year. Bellville, just outside Newark, was able to raise only $13,542 per pupil last year.

But on average –with the caveat that New Jersey has one of the largest proficiency gaps in the country despite compensatory funding  –our students do well.

Is there a way we can lower the costs of K-12 schooling and, thus, lower my property taxes?

Start with this: It is impossible to separate school funding from state politics. Remember that the state teachers union, NJEA, speaks loudly and carries a big stick, and legislators, both Democrat and Republican, are loath to offend the union’s leaders. (Just see what happened to Senate President Steve Sweeney!)

But there have been attempts to slow down the growth of property taxes. In 2010 the Legislature passed a bill that capped all tax increases at 2% and in 2018 passed another bill, S2, that eliminated the tax cap for SDA districts that had gotten wealthier but hadn’t raised their tax rate adequately based on their Local Fair Share

Yet our school infrastructure remains inefficient and expensive, largely due to NJ residents’ fondness for local control. Example: Bergen County has 70 municipalities and 76 school districts. Does one county really need 76 superintendents and 76 business administrators and 76 school boards?

No. And so many governors have tried –and failed–to push districts to consolidate in order to find cost efficiencies (especially for special education, a primary cost driver of local school budgets). In addition, Senator Sweeney has proposed, as part of his “Path to Progress,” regionalization of non-K-12 school districts and pilots of county-wide districts.

Yet some have argued that we need to spend more, not less, convinced that more money is the key to equitable student outcomes, and that consolidation won’t yield cost savings. Currently there is little consensus.

What can you do? Learn who your state representatives are and hound them. Run for your local school board. Write op-eds and letters to the editor of your local paper. Talk to your neighbors.

And keep learning. What other questions do you have for NJ Ed Report? Put them in the comments section and we’ll answer them for you. 1,100 Toms River Students Are Stuck at Home While the Camden Public Schools Get a Reopening Lift from Camden Education

Quote of the Day (& Why We Need Tenure Reform)