MCKENNA: Kids Like Adam Toledo Don’t Have a Shot in the ‘Black Box’ of Special Education 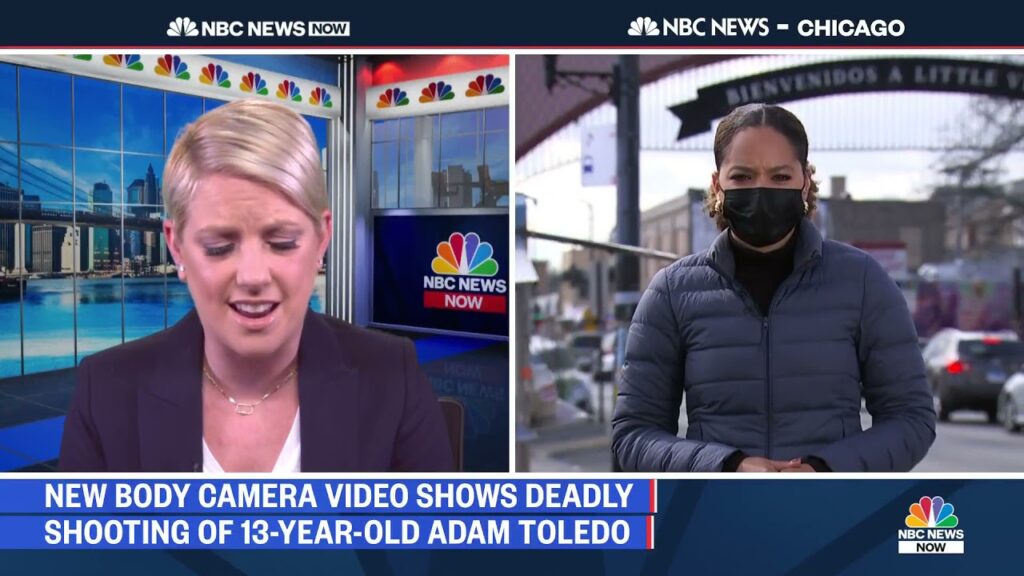 Laura McKenna is an education writer based in New Jersey. You can find her here (www.lauramckenna.com). This article was originally published at Laura McKenna’s Substack newsletter.

Last week was dominated by news of the Derek Chauvin trial and two new cases of police violence, but is there room for a conversation that does not involve police or race? Those should be the dominant themes yet let me tease around the edges of the conversation to talk about safety nets and education.

Now, what does education have to do with police shootings? Well, folks like George Floyd and Adam Toledo face problems long before their run-ins with the police. After all, racism, classism, and ablesmism is found everywhere, in multiple systems, including education. In The 74, Mark Keierleber talked about the use of restraints in Minnesota’s public schools and how they are used disproportionally on special ed kids of color. People of color with disabilities are very vulnerable to “misunderstandings” with law enforcement, as the picture above illustrates.

Last week, a tweet by Roberto G. Gonzales, an education professor at Harvard, said that context was needed to explain why 13-year old Adam Toledo was out on the streets so late with a gun and ultimately died in a police confrontation. He referred to a Facebook post by Matteo Zapata, an artist from Chicago. Zapata quoted a letter from an anonymous teacher at Toledo school about Toledo’s experiences in special education.

Now, does that sound weird to you? A he said-he said-he said? That’s how things work in the black box of special education. Basic information is only learned through underground whispers. This anonymous teacher said:

[Toledo] was classified as a special education student early in his life – separated from all of the other students in his school and stuck in the same class with the same six kids every single day. The other students had a lot more severe learning disabilities so Adam couldn’t really develop any friendships at school.

The kids in the LLD are locked into one room — usually the smallest, most remote one in the building — with the same 6-12 kids and the same teacher all day for years. They’re often not allowed to take specials, like art and music, with other kids. That’s where they send the kids who they’ve given up on and are just waiting until they’re old enough to go into a job training program in high school. It’s where they put the kids who don’t fit in anywhere and have wide varieties of disabilities and learning differences, including behavior issues, so it’s a super hard class to teach and manage.

Some staff members at school noticed some changes in Adam the past few years – he showed up to school with an earring on, shaved a line in his eyebrow and then during a crafts activity he cut a gun out of paper. Staff tried bringing up concerns but nobody cared – “he was just one kid but that one kid mattered to me.”

If a kid in special education has mental health or emotional issues, it’s difficult to get appropriate help at school. It costs money to bring in additional staff to help a student, so administrators expect that their special ed teacher will handle things. If major issues come up, which could lead to legal issues, they suspend the kid and tell the parent to get private help for the student. So, there’s no incentive for a parent to turn to the school for help.

“He really liked to draw, his penmanship was perfect. I think if we offered an art class, I think he would’ve taken it but we don’t even offer that to our students. Adam wasn’t allowed to develop his social and emotional intelligence around the general student population. He just needed one friend, one classmate or one other student he could connect with – at that stage he was also just over being told what to do all the time.”

Again, the LLD room is like solitary confinement in prison. There’s little inclusion with the general student body, even for non-academic classes. Sometimes it’s because of scheduling conflicts. Mostly it’s because they want to keep the firecracker kids away from everyone else.

The story of Adam’s experience in the school system sounds all too familiar to some of us who grow up trying to balance the duality of living in violent neighborhoods and dealing with a public school system that doesn’t provide the equity or adequate resources to develop academically. Adam didn’t fit the perfect immigrant kid narrative so he was marginalized, like a lot of us are whether it’s in elementary school or high school.

Parents in the suburbs all whisper about the problematic LLD room and try to pressure the school district to put their kids in one of the upper rungs on the ladder, but as bad as we find things here, we all know that things are much worse elsewhere. In Jersey cities, like Camden and Newark, parents have fewer resources to demand better treatment. Resources are stretched, and teachers are underpaid — kids with learning differences, like Adam Toledo, don’t have a shot.

As much as this moment belongs to people concerned with policing, I hope that the conversation can expand to look at other systems. I hope those who cover education can step away from their obsession with Harvard and admissions practices at elite colleges — despite the fact that most high school students do not attend those schools — to look at what happens to people of color and people with disabilities in our education system.

QOD: Why We Need an ESEA that Includes Federal Intervention