JAMES: Zuckerberg’s $100 Million Has Nothing on Biden’s Grant So Tell Roger Leon It’s Time for Newark to Get Ready! 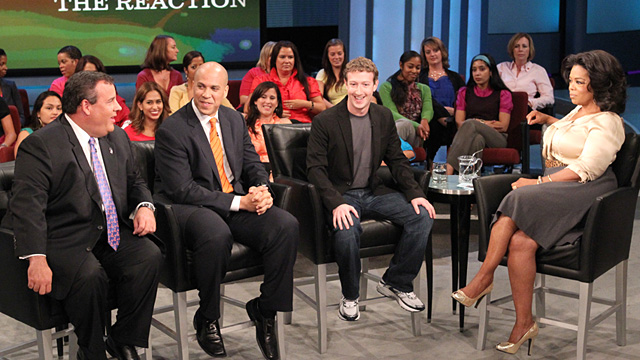 Newark is in line to potentially receive hundreds of millions of dollars between President Biden’s already-passed COVID-19 stimulus legislation and his pending infrastructure bill.

That is VERY good news for Newark!

And so far, you have to give Roger Leon credit because he is doing something we have not really seen from him during the last year –- he seems to be trying to get the public involved.

Now to be clear, Roger is just following Federal guidelines. As noted in Chalkbeat Newark, “As part of the requirement to apply for the relief funds, local school districts need to consult with stakeholders and take public input into account when developing a plan for using the money.”

Roger had a virtual community meeting with Newarkers a couple of weeks ago and now he is asking for us to fill out a surveys on how he should spend the money. Granted, I looked at the Newark Public Schools website and could not find the survey, but listen, it’s a start.

I gotta tell you though, I am still not feeling great about this.

Call it a gut feeling, but based on what we have seen from “The Dodger,” why should we expect any different?

Just look at how this guy spends money to celebrate his birthday.

Seriously, you can’t make this up!

Trust me, based on this alone, we all have reasons to be concerned.

But maybe the other reason that this is keeping me up at night is that we have all seen this movie before.

Do you remember when Mark Zuckerberg announced he would give $100 million to the Newark school system?

And now we are about to begin the same thing over again, except there is potentially 3 to 5 times the amount of dollars and a much quieter community cry for involvement.

We need 3 to 5 times the volume on our push for involvement this time around too!

This situation just begs the question, based on what we know about Roger, can we trust him with this money?

Maybe, but it will be up to “we, the people” to hold our district accountable.

Feds to NY State: If You Delay PARCC Implementation, You