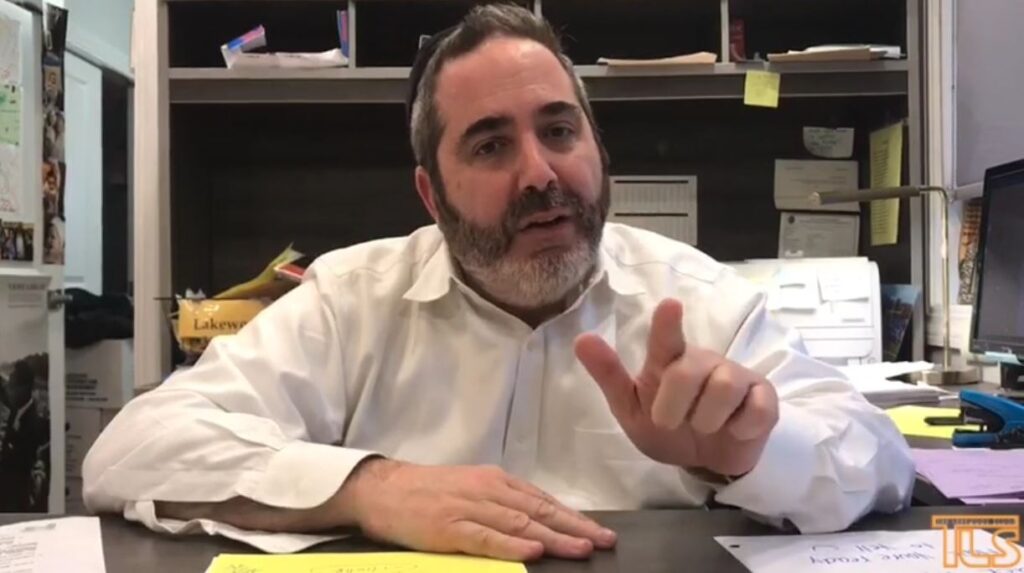 Four years ago, in 2017, NJ Education Report started covering the contract between Lakewood Public Schools District and attorney Michael Inzelbuch, particularly the school board’s agreement to pay him $600,000 per year–$50K a month– along with complying with a bizarre list of conditions way outside the purview of a school board attorney. This was Inzelbuch’s second stint with the district: he was the district lawyer from 2002-2012 but was fired for sharply increased spending on private religious schools for ultra-Orthodox children, charges of racial bias (against the district’s 6,000 Black and Hispanic students), and a cheating scandal.

Today star reporter Joe Strupp of the Asbury Park Press has a lengthy analysis of Inzelbuch’s earnings. In 2017 he indeed took home about $625K, close to his (crazy!) contract. But over the last two years he’s been billing the district $475/hour for tasks that are typically not handled by district lawyers and that has raised his payments from the cash-strapped district to over a million dollars a year.

Remember, this is a district that currently has loans from the state (that it will never pay back) of $138 million. It will need another “loan” of $70 million this year to balance its budget, which is disproportionately devoted to tuition to ultra-Orthodox-only schools like the School for Children with Hidden Intelligence (NJER calculates that this year Lakewood will pay this particular school $32,190,941, or 15% of the district’s operating budget) and busing 30,000 yeshiva students in gender-specific buses to 130 different sites.

Here are the highlights from Strupp’s analysis; he got the information by filing an Open Public Records Act request. He notes that many of the records he received “were redacted in whole or in part, the names or initials of people Inzelbuch said he communicated with were omitted, and matters were described in general terms, making it difficult to discern, in many instances, what legal service Inzelbuch provided.”

Gov. Phil Murphy (who is supposed to hold the state DOE accountable) did not respond to requests for comment (maybe because he and his wife give large donations to the School for Children with Hidden Intelligence). Inzelbuch and all other board members or administrators also declined comment.

But Strupp was able to get others to weigh in.

Richard Bozza, executive director of the New Jersey Association of School Administrators: “There is no compensation for any school district employee that approaches his compensation. Those numbers are unheard of anywhere else in the State of New Jersey.” Also, “The most unusual part about this is there is a fiscal monitor in Lakewood who has a responsibility for reviewing and approving his contract.”

The State DOE: “We are looking into the matter, but we can’t comment further.”

Paul Tractenberg, a former Rutgers law professor and an expert on public education, on the state DOE’s failure to rein Lakewood in: “The state is anteing up ever increasing amounts of money because the superintendent is certifying it is in need and, meanwhile, (Inzelbuch) is ratcheting up his outrageous fees and getting the district to pay more than it can spend. It is discouraging that the state is doing nothing at all to control this.”

Trachtenberg more generally on Inzelbuch’s contract: “My own view was, it was outrageous when it started and it sounds like it is doubly outrageous in a handful of years. The notion that a district that is struggling to find dollars to educate its students is laying out (hundreds of thousands of dollars) to its attorney is obscene and immoral as far as I am concerned.”

Bob Fishman, expert with the National Association of Legal Fee Analysis, on Inzelbuch’s invoices: “That would not be the way my firm would have handled it and it is not the way most firms would handle it.”

Education Law Center’s David Sciarra on Inzelbuch’s jacked-up invoices: “They don’t need a lawyer to deal with OPRA or talk to the press. He is coming up with a whole list of things to justify $50,000 a month, things that are typically done by administrators.” (See here for Ed Law Center’s formal complaint about Inzelbuch’s contract.)

Dawn Hiltner of NJEA, noting that Lakewood teachers are the lowest paid in Ocean County: “We can only hope that the board is as generous with the teachers’ contract as it is with Mr. Inzelbuch’s.”

After the Insurrection, It’s Time To Listen To MLK