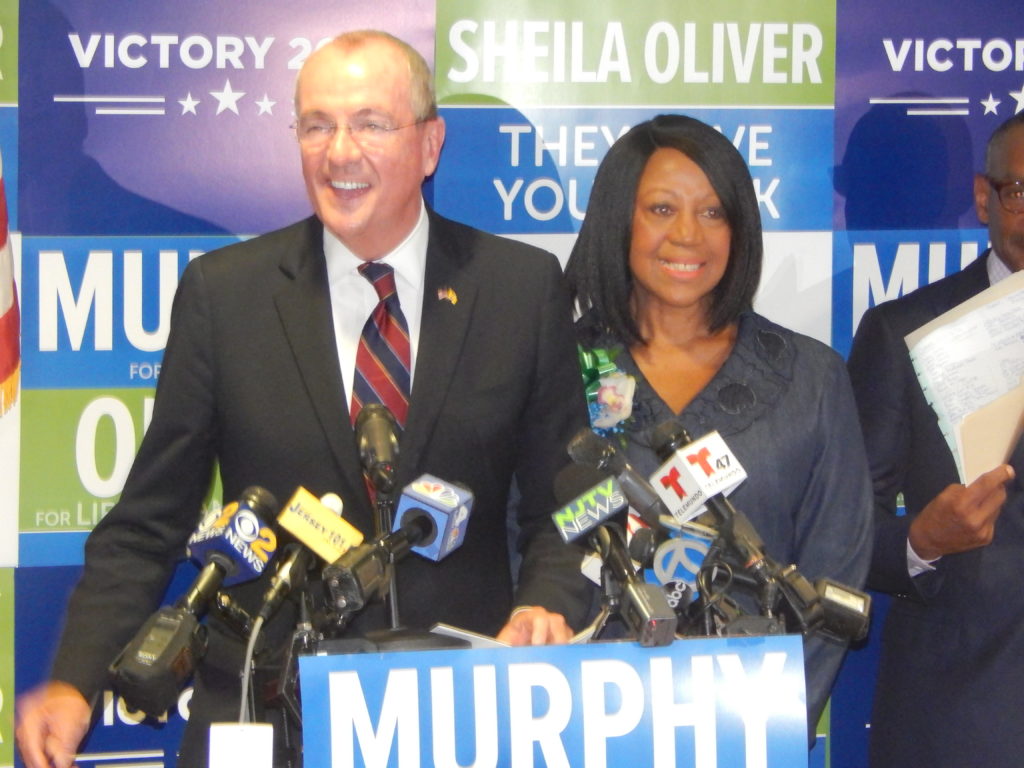 Seven months ago, before the Delta variant of COVID-19 reversed hard-won decreases in disease transmission, Gov. Phil Murphy issued a mandate that “all students will be back in school for full-time instruction” during the 2021-2022 academic year and “parents will not be enabled to…opt their child out of in-person instruction.”

Seven months is a lifetime in a pandemic and, accordingly, many other state and large district leaders have moderated their ban on remote instruction. As of today, 94 out of the 100 largest U.S. school districts are offering a remote option for parents unready to return their children to in-person schools, a sharp increase since last spring. Newark is one of the 6 of those 100 largest districts that will maintain full-time, in-person instruction, even though a new poll shows more than half of parents would prefer a remote option. But that option doesn’t exist because of Murphy’s mandate, even as many New Jersey parents plead for flexibility as we enter an unpredictable phase of the pandemic with the arrival of the Mu variant.

I want to know why Murphy isn’t listening to parents, and teachers too, who fear either getting sick themselves or risking the health of vulnerable family members. (Heck, Newark is assigning gym instructors to teach high school science classes for an entire year because it can’t find enough teachers to fill 120 teaching positions.)

I want to know why Murphy isn’t listening to school boards and superintendents who regard his in-school mandate as unrealistic or flat-out dangerous.

I want to know why Murphy is ignoring the views of Black parents, 94% of whom voted for him in 2017, and who disproportionately want their kids home. I want to know why Murphy hasn’t directed his administration to come up with clear guidance on what schools should do when they inevitably quarantine for some period of time. Right now, there’s a wimpy DOE “recommendation” that schools offer some sort of watered-down remote instruction (because that worked so well last year) during inevitable quarantines, but school leaders have described the guidance as “byzantine,” vague, and impractical.

I don’t know the answers to my questions. So here are three guesses. Feel free to add your own suggestions in the comment section.

Guess #1: Remote instruction was a disaster last year, especially for low-income kids redlined into low-functioning districts. For instance, this spring 9% of Newark students in grades 2-8 met state expectations in math and only 11% met expectations in reading. Sure, the DOE was practically AWOL yet the buck stops with Murphy –he’s the one who selects DOE leadership. Thus, wealthy families, disproportionately white and Asian, bagged it, sending their kids off to private schools or creating micro-pods or hiring home tutors. In some cases remote instruction, which allowed parents a window into a school day, resulted in revelations that much of the six-hour school day wasn’t spent on learning, which may be why statewide public school enrollment has dropped to its lowest point in 20 years, even in swank districts like Montclair.

So buttressing up “normal” school is important for Murphy. Is that why he’s not listening to parents?

To be fair, he’s faced with a complex calculation. He knows that white progressive parents and Black low-income parents are a huge part of his base so you’d think it would be in his political interest to woo them with innovative options. It’s not that hard! For instance, I just interviewed the superintendent of Selma, Alabama who created a ”virtual academy” specifically for parents not ready to send their children to school.

But allowing parents to choose virtual schooling appears to be a non-starter for Murphy. (Note: there’s a rumor going around the Statehouse that he may reverse his ban on virtual instruction but I’ve only heard it from two sources, not nearly enough to verify yet still worth mentioning.)

Guess #2: New Jersey Education Association leaders are firmly opposed to remote instruction and they run the state education system. Murphy won their endorsement by promising to eliminate meaningful assessments, erase the link between student growth and teacher evaluations, and allow them to approve picks for Education Commissioner. Heck, Murphy’s Deputy Chief of Staff is an NJEA lobbyist! Change is anathema to union leaders and maybe they see the writing on the wall: messing with Industrial Age-modes of classroom instruction opens the door to innovation and there is nothing that sends labor executives into paroxysms of terror more than approaches to education that could eat into their market share.

In fact, we’ve seen hints of innovation during the last 18 months. In a publication from the National Association of State Boards of Education, Derrell Bradford argues that the key to undoing public education’s racist roots is “decoupling where students receive education from where they live,” He describes the pandemic as the “single biggest disruption to a public institution in a century” that caused “the facade to crumble,” specifically in large urban districts like Newark, where public schools are a “monosystem” and teachers are “sourced from the union and trained almost exclusively by schools of education. “

And Travis Pillow just tweeted from the Center for Reinventing Education,

Has the number of homeschoolers doubled? Or are the lines blurring?

But these sorts of transformative ideas with the potential to “undo public education’s racist roots” are non-starters for Murphy. If we decouple where students go to school from where they live–like by creating a statewide virtual school—lobbyists who control Murphy will have a cow, even if such an innovation would promote educational equity and parent control, regardless of socio-economic status. {Wealthy parents just pay for what their kids need.)

Guess #3: If Murphy reversed his mandate on in-school instruction, his Department of Education would have to step into the breach, a tough ask when the DOE has little institutional knowledge as more and more long-term employees depart for better gigs. The Director of Academics and Performance has been there less than a year. The Director of Early Education has no experience in early education. The Assistant Commissioner of Executive Services has been there since September (and previously served on Murphy’s transition team).

These recent events predate the 2018-2021 tenure of former NJ Commissioner Lamont Repollet (Murphy’s first chief of the DOE) and his abrupt dismissal of 40 long-time staff members. Then there’s Repollet’s decimation of the Office of Educational Technology, a particularly horrendous loss during a pandemic that required, well, lots of educational technology. From what I’ve heard Acting Commissioner Angelica Allen-McMillan is a lot nicer but not any more effective at running the show.

So maybe Murphy knows he lacks the robust infrastructure he’d need to reverse his mandate and give parents the choice they desperately want. (New Jersey isn’t an outlier in this regard: a new national survey of 3,000 parents showed that “4-in-5 believe parents should have the option to decide whether their child attends school in-person, remotely, or a mix of both.”)

And then there’s the elephant in the room: Murphy is up for a second term in November so every decision is made through the lens of placating powerful lobbyists who control the ground game, even though it is unlikely this will be anything close to a normal school year.

I’m tired of guessing. We all are. The buck stops with Murphy and he’s the one responsible for panicky school leaders, angry parents, a lack of statewide educational leadership, and an aversion to innovation. Sure, it’s an election year. Sure, there are no easy answers given the immense disruptions families, students, and teachers have endured.

Yet surely he can do better than this. Surely New Jersey can.

Irony of the Day

MATRISCIANO: Here is a Statewide Strategic Action Plan for Education