For the Murphy Administration, Students With Disabilities Are an Afterthought 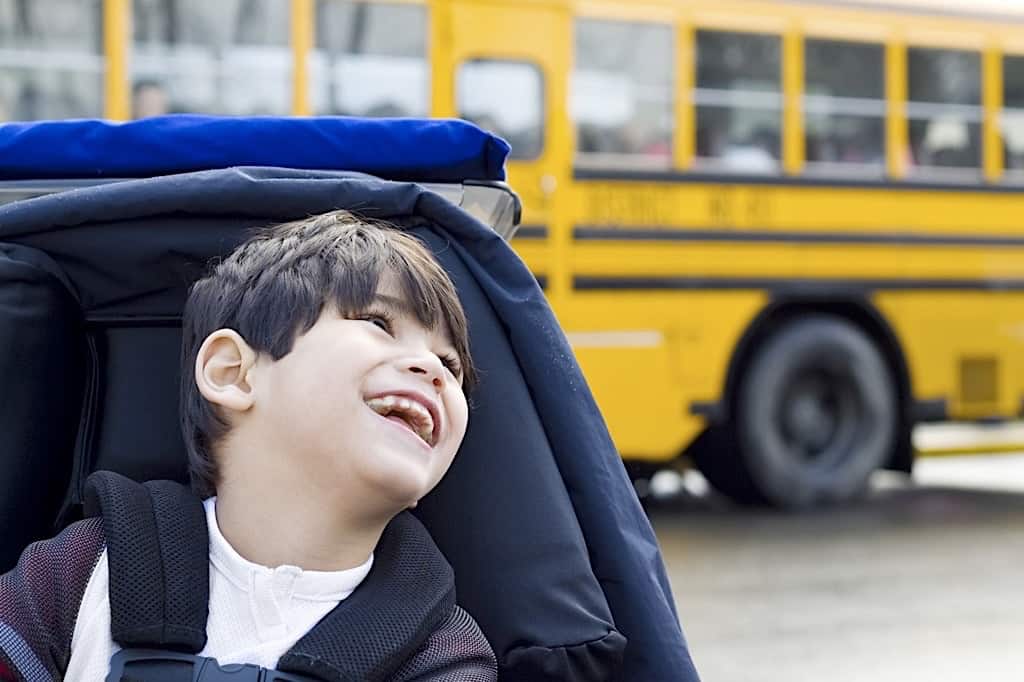 In New Jersey-and elsewhere–students with disabilities are an afterthought during pandemic schooling. Take 14-year-old Maryah Santos of Newark, whose cognitive impairments make it difficult for her to understand why she’s stuck at home.  “I love school so much, Mommy,” she says. Her mother replies, “I know you love school,” well aware that Maryah has missed at least 30 hours of therapies mandated by her Individualized Education Plan (IEP), as well as “many more hours of academic and life skills learning.”  Her IEP also includes mandated transportation to and from school but Maryah is one of 536 Newark students with disabilities who can’t get to school because the district says it can’t get enough bus drivers. “This is supposed to be ninth grade for her. Her first year in high school,” her mother says.  “She loves school but she’s getting the short end of the stick here.”

Chalkbeat, which reported this story, sent an email and made three phone calls to the state Department of Education asking for comment. There was no response.

It’s not supposed to work this way for the seven million American children — 14% of all K-12 students — who are eligible for special education services. According to state and federal laws, all schools are required to fully implement the therapies and accommodations listed in each child’s IEP during COVID-19 school closures. This includes transportation. If circumstances render that impossible, districts are supposed to provide compensatory “make-up” services. But many are not even trying and few bother pretending these districts are complying with federal law. “It would break the system of public education if we tried to compensate for everything that everyone has lost,” said Phyllis Wolfram, the executive director of the Council of Administrators of Special Education, which represents district-level officials.

As the mother of a son with multiple disabilities, I say, “tough sh*t. Figure it out.”

Many parents of children with disabilities, as well as advocates and researchers, regard school districts’ failures to provide legally mandated services for students classified as eligible for special education to be an ethical and regulatory failure. While education for all children was disrupted, students with disabilities suffered more, according to a nationally representative survey of 1,500 teachers conducted by the RAND Corporation last October. Our kids tend to be an afterthought in non-pandemic times. Now they’re victims of a widely-acknowledged boondoggle.

To add insult to injury, students with disabilities, particularly those with developmental and cognitive impairments, are prone to substantial regression without necessary therapies. Suddenly the “COVID slide” — academic setbacks among neuro-typical kids due to school disruptions — becomes the COVID nosedive.

The data backs this up.

The Center for Reinventing Public Education (CRPE) has been collecting district-specific information throughout the pandemic, including for students eligible for special education. CRPE found that 12% of all school opening plans didn’t even bother to mention special needs students and only 33% of districts surveyed had plans that included interventions or increased support for students with disabilities to address pandemic-related learning loss. In addition, districts were neglecting to educate teachers on how to support special needs students during remote instruction. Both general and special education teachers said, “they had been largely left on their own.”

While there’s no way to compensate all children, disabled or not, for lost learning during school closures and poorly-rendered remote instruction,, New Jersey could do more.

Example: To relieve the bus driver shortage that is keeping students like school-loving Maryah at home, Massachusetts called in 250 National Guard members to drive vans and small buses, typically used for students with disabilities. But Gov. Phil Murphy demurs, “I don’t think we, at this moment, need to do what Massachusetts did with the National Guard.”

Really? Tell that to Maryah and her mother. Where’s the urgency?

And just where is guidance from Murphy’s Department of Education?

When Politico asked Acting Commissioner Angelica Allen-McMillan and the Education Department to comment on a particular case—4-year-old Max Tuttle of Glassboro whose bus was delayed almost 6 hours without warning— neither she nor other DOE representatives “responded to multiple requests for comment or to answer questions about how many districts they’ve heard from with busing issues.”

And let’s not forget that at the September 8th State Board of Education meeting, Allen-McMillann requested that the State Board approve a COVID-19 rule that lets districts maintain remote therapies for students with disabilities to “allow districts a little more time to put staff in place to serve the needs of these students.” (Three board membes voted against this request but the majority voted in favor.)

Paul O’Neill of the Center for Learner Equity writes,

The New Jersey State Board of Education has decided that it is OK for districts to keep students with disabilities at home, receiving content from their kitchen tables and not interacting directly with other students. This is worrisome and is the tip of a brand new iceberg.

New Jersey students with disabilities and their families are in crisis. They can’t afford to wait for the Murphy Administration to put out other fires before they turn to their needs. And there are resources to relieve the burn, including $2.8 billion for New Jersey K-12 schools in the Biden Administration’s American Rescue Plan. Any parent of a child with disabilities would tell you the same: It is a moral imperative to stop treating our kids as an afterthought.