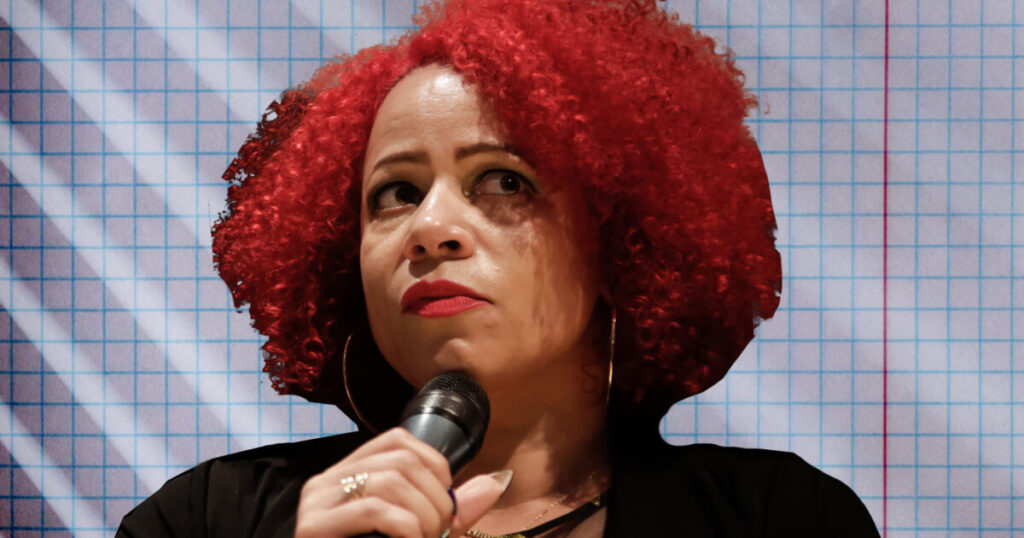 That’s Nikole Hannah-Jones, of the New York Times and 1619 Project, tweeting last week about “school choice advocates” who, motivated by a quest for “privatization,”  resist efforts to open district boundaries to “poor, Black students.”  You’d think an eminent journalist embedded in the world of educational justice would have a better sense of history (and there were plenty of responses to her tweet directing her a mountain of publications by those evil privatizers promoting exactly what she suggests). Yet she’s got it backwards: “poor, Black” students in New Jersey (and elsewhere), with their guardians ad litem, have gone to court multiple times, supported by those whom Hannah-Jones demeans, to plead for their right to “attend white, wealthy schools in neighboring municipalities.

The families are rebuffed by institutions at every turn. Time and time again those whom Hannah-Jones valorizes stymie low-income students’ quests for educational equity. I don’t pretend to know her motivation—maybe fear that school choice will shrink the footprints of traditional districts (my friend Derrell Bradford: “For me, and for a lot of school choice advocates…we believe that the government has a role in financing schooling and running some portion of schooling, but to have a monopoly on it is unhealthy”) or she could be lost in the false progressivism of the NYT Slack channels. Yet if she really cared about those kids she’d be attacking those who oppose school choice and praising its proponents.

There are two lawyers representing the children, Patricia Bombelyn and Julio C. Gomez, who say they represent 60,000 students throughout the state. There are 15 big law firms representing the districts and the state. In 2010 I heard Bombelyn, one of those evil school choice advocates, speak at a conference called “Crisis and Hope: Transforming America’s Urban Schools” where she described  NJ’s system of suburban vs. urban schools as a “unique brand of American apartheid,” a sentiment echoed by none other than Hannah-Jones.  In 2006 Bombelyn argued a case called Vargas v. Camden City Board of Education when three mothers filed a class action complaint against dismal Camden City Public Schools because, they contended, their children’s constitutional right to a “thorough and efficient system of education” was violated by the lack of choice to attend a different district. The parents asked for the same resolution as in Crawford v. Davy, arguing that the lack of access to  another district or school violates their children’s rights. Bombelyn said at the conference, “We might as well take these kids’ constitutional right [to a thorough and efficient education] down to the craps table at the Borgata and roll it on the dice.”

Crawford v. Davy was another attempt to get around district catchment areas that ghettoize low-income children into failing schools. In this case, what did parents want?

Exactly what Hannah-Jones proposes and what she claims school choice advocates oppose: for the Superior Court of New Jersey to issue an injunction against state  statutes that create “local school districts for free public education” and a corresponding injunction “requiring such failing school districts to permit students in their districts to withdraw from the district’s schools and attend other schools of their choice, whether public or private, at the district’s expense.”

In other words, the freedom “to attend white, wealthy schools in neighboring municipalities,” regardless of district boundaries.

The parents and their children lost their lawsuit in New Jersey’s “progressive” court system, just like the Camden mothers lost theirs. While the judges concurred that the families had standing to file the suit, they denied their assertion that school district boundaries deprive them of their constitutional right to a thorough and efficient education, denied their equal protection claim, and denied their request to have access to other higher-performing schools in districts right next door.

The ruling itself recounts that in 2007 the lower court granted the school districts’ and the Education Department officials’ motion to dismiss the case because school boards “have no authority to simply ignore district boundaries or compulsory attendance laws” and “cannot unilaterally provide the relief sought by Plaintiffs.” The Superior Court affirmed the dismissal, largely because the (then-new) School Funding Reform Act, especially with the rulings from the Abbott decisions, would hypothetically give those districts plenty of money, which might fix everything. (We know now it didn’t.) Also, say the judges, it would be “exceedingly premature” and “inappropriate” to declare the unconstitutionality of “the State’s longstanding structure of public education based on school districts that are largely contiguous with municipality of residence.”

It’s been fifteen years since the Crawford v. Davy ruling and longer since Vargas v. Camden. Those students are long gone from the state school system yet their plea for relief from the strictures of residentially-based district assignments has never been more resonant. Even the Superior Court noted, “success for all will come only when the roots of the educational system — the local schools and districts, the teachers, the administrators, the parents, and the children themselves — embrace the educational opportunity encompassed by reforms.”

Nikole Hannah-Jones has it backwards. Proponents of school choice fight for educational justice. Those who resist those efforts privilege institutions over children and deprive our neediest students of the justice she claims to promote.

SOTU Quotes of the Day

You Know That Business About Consolidating School Districts?