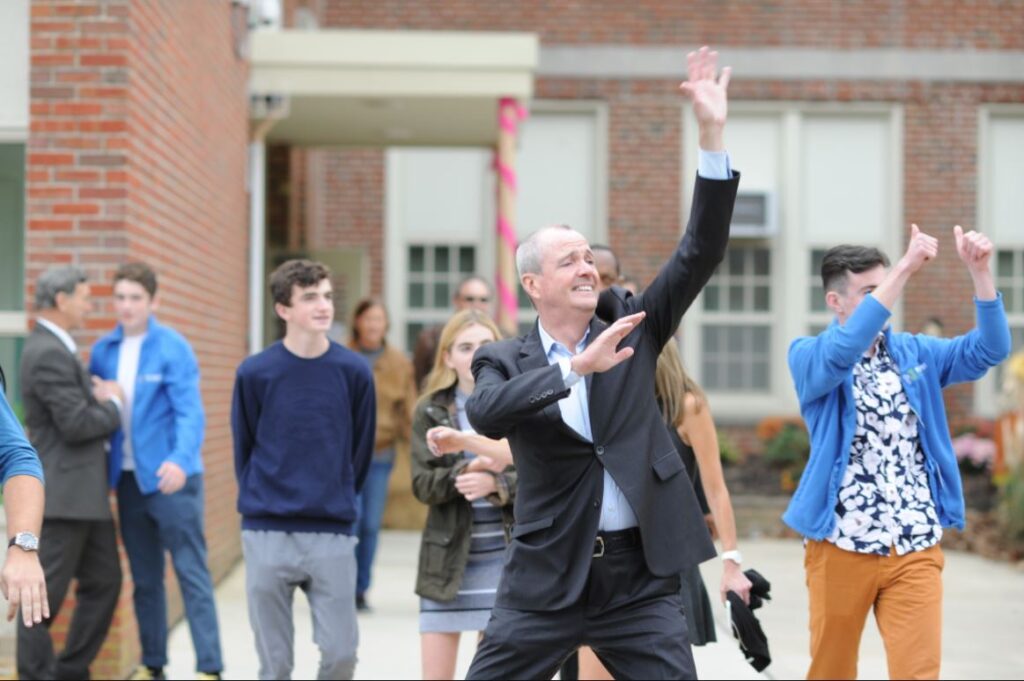 Last week New Jersey resident Makarand Bidwai filed a Public Interest lawsuit* against Gov. Phil Murphy in the civil division of the State Supreme Court. The filing is extremely unwelcoming of the Governor’s management of the COVID-19 pandemic, particularly the handling of maintaining the education of children attending public schools.

In the filing, where he refers to himself as an “Impacted Parent in New Jersey by the Respondent’s Errors” and “an educator for 40-plus years,” he describes the flaws inherent in guidance from the Centers for Disease Control and Prevention (CDC) and the American Academy of Pediatrics (AAP) because these groups are too often influenced by politics, including Murphy’s re-election campaign. In addition, he asks for Murphy to honor parents’ demands for a permanent virtual schooling option. Here are excerpts of his outspokeness on why he  has standing to file this suit, how Murphy (the “Respondent”) has handled the pandemic, and what he thinks is the best way to stop the spread of the virus.

On Murphy’s “Tone-Deaf and Talent-Blind” Response to Parents Demanding a “Parallel Virtual School”:

“The Petitioner is directly impacted by the bad judgement of the Respondent in as much as the Petitioner’s children have missed school being kept home from the school’s start date of 2021 SEP 08. In spite, the Petitioner is not impacted by the New Jersey’s Compulsory Education Law for Children from Six thru Sixteen as the Petitioner is blipping on his children’s school system’s radar advocating for this precise change. It appears that they’re advocating for this change, so are many parents, many parent–coalitions, and other school authorities. So the demand for a parallel virtual school during the pandemic is universal, but the tone–deaf and the talent–blind Respondent has failed to heed to reason, and imprudently left his bad policies un–mended.

On the Poor Guidance from the CDC:

“The number of coronavirus infections, hospitalizations, lung–ventilations, and deaths are the highest in the US, in spite of ours being a First World, high–tech nation. The faulty drafting of the various advisories, exclusions, guidances, limitations, quarantines, and such down from the CDC, and to the various state / county / local health departments is one of the causes. Most of these bodies are subject to vested interest’s interference in an ongoing election cycle somewhere, as presently in New Jersey we’ve a gubernatorial election.

The CDC released a ‘holiday party’ guidance for the upcoming holidays last week. Therein, they wrote about using ‘window fans’ to exhaust the air in the party room to pull in fresh air. This is such a flawed guidance. Firstly, most window fans are useless as they do not pull air beyond the hemisphere around them with a radius of one Meter or less. If one were to use the industrial blowers, it will surely blow up party cups, bowls, plates, decorations due to its being very ‘breezy’ and it will most likely dislodge / remove most colloidal viral particles, but also upset a party with party–stuff as missiles and the fan motor’s noise. Thus, this cure is a problem in itself. Yet, the CDC offered it.

And, to the point of this petition, an in–person school classroom is a daily six to seven hours party with many kids, and a few adults, yet no such guidance to use “window fans” or their better cousins was ever released in spite of an academic year that just started. In fact, while such guidance is required, it was conveniently avoided / ignored due to the costs and modifications required to 1000s of classrooms. The worst of this guidance is that these parties are in Winter weather, thus it will overburden the heating systems and the systems may just shut down or break down as the fresh air expected to be pulled in must be heated to a comfortable temperature of 20 degrees Celsius or above.”

On the Presumptuous Nature of the AAP’s guidance

“Just like the CDC is hijacked by the various vested interests, the AAP (American Academy of Pediatricians) was also hijacked by similar vested interests. As an educator for forty plus years on three continents, I can assert for the record that a formal school classroom is the worst place for teeming, pregnant minds to learn as are the minds of most kids. In the process, we teach compliance instead of discovery, and we teach acceptance instead of application of knowledge to see its inherent workings. However, without debating the pros and the cons of a formal education, the in–person education is useful, but it is not ‘be–all / bend–all.’ And, while some do need in–person education, some actually can fare better without it. The in–person education in a pandemic is actually winding the clock backwards. In spite of the vaccines, the virus has failed to leave the US shores as the pandemic is a global phenomena. And, to maintain a proper social distancing (which guidance the CDC put on a slider from 1.8 Meters to “zero” Meters for kids in a classroom setting), several fewer kids in schools is better for those who must attend in–person as it gives them the space they deserve.

The six to seven hours of in–person schooling is an ‘old-school’ relic that was required to keep the kids in a setting as the parents worked an industrial shift as the industrial age dawned upon humanity thru our efforts. There is no science / educational psychology / educational philosophy that supports this length of school daily, five days a week. Now we have clerical and similar shifts of eight hours making a workday, so the Respondent asserts the need for in–person schooling to get the economy back on its feet, not necessarily the education back on its feet. It is really a shame that the Respondent failed to exert his leadership to re–imagine education when faced with a once–in–a–lifetime challenge / opportunity to re–do it. See EO #175, page 4, para 3

Our systemic failures are re–inviting the virus thru a backdoor that we left open for it to re–infect us. Sane, non–conflicting, science–first guidance must be given precedence/priority over various vested interests within the USA / within New Jersey that influence the CDC and the Respondent who in turn influences his Department of Health and his Department of Education.”

*What is a Public Interest Litigation?  Bidwai explains “it  is not really between various parties but is a way to highlight an issue to the highest court of the jurisdiction to enforce an action from the authorities to remove a cause whose effects are avoidable with timely action. It is akin to a “Writ of Mandamus” where the Court takes the ball from a public complaint on as simple an instrument as a postcard (or an email), weighs on it, and compels a reasonable action as deserved by the highlighted issue from a public entity (Governor Murphy in this instance). However, a Writ of Mandamus can also be used in litigation between two parties, one of whom is a public entity wherein the court orders the person-in-charge to perform a timely statutory duty. This is an imaginative / creative use of this tool to benefit many bereft parents in the pandemic. Will the New Jersey Supreme Court rise to the occasion? 1000s of New Jersey parents any and all are hoping and are waiting for them to intervene on their behalf.”

QOD: DOE Rep on use of data in new teacher Dear Montclair Voters: You’ve Been Had