From Murphy to McAuliffe: How Badly Did School Closures Hurt the Democratic Brand? 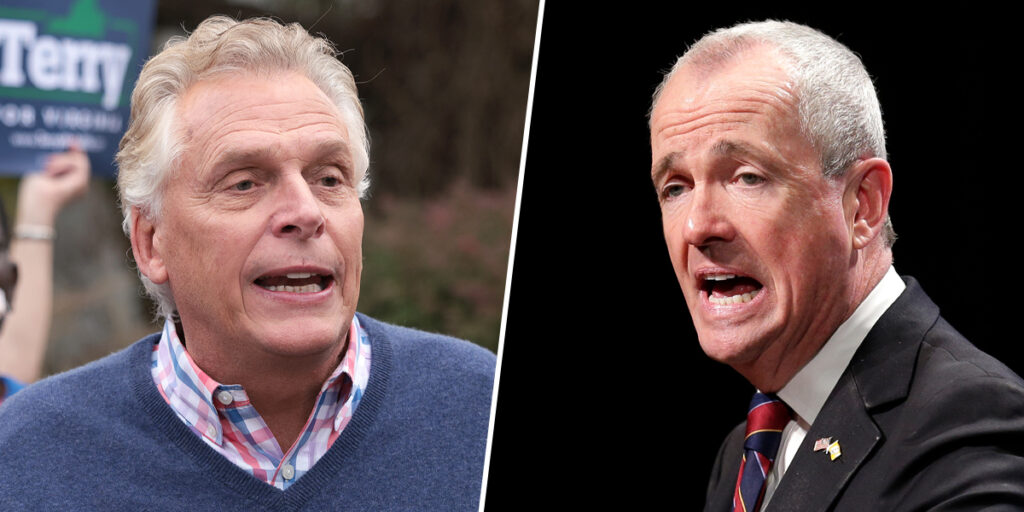 Camden Couty Democratic Party Chairman Jim Beach circulated an email this week in which he tallies the votes in Camden County for Phil Murphy and Jack Ciattarelli (61% and 37% county-wide) and shares an analysis of the Virginia gubernatorial contest between Terry McAuliffe and Glenn Youngkin, particularly the huge role education played in VA voters’ decision to swing to the Republican candidate. The VA analysis was done by a group called ALG Research and the findings are based on the results of online focus groups conducted November 8-9, 2021 among Biden 2020 voters who were swing voters or actively considered both candidates.

The results are a warning to both the New Jersey and national Democratic Party about its weak standing even among those who consider themselves relatively liberal. Chief among their complaints are that “they felt Democrats closed their schools and didn’t feel bad about it.” One Biden voter “stated flat out that her vote for Youngkin ‘was against the party that closed the schools for so long last year.’” The general feeling is that Democrats don’t care about what parents think: “They broadly don’t feel heard right now when it comes to schools, and they blame liberals and Democrats.” Critical Race Theory is not a problem in itself, but these voters object to feeling like they’re “walking on eggshells” when talking about race. From the findings: “they felt like racial and  social justice issues were overtaking math, history, and other things. They absolutely want their kids to hear the good and the bad of American history, at the same time they are worried that racial and cultural issues are taking over the state’s curricula.”

It’s worth noting here that Murphy is cut from the same political cloth as McAuliffe, defining himself as a “progressive” and bowing to teacher union pressure when making decisions about school closures. Also, Ciattarelli got 40% more votes than Kim Guadagno (Murphy’s opponent in 2017) and flipped three counties red (Atlantic, Cumberland and Gloucester); he also got more votes in 9 counties than Chris Christie and “scared Murphy half to death.”

Here is the memo from ALG Research:

We conducted focus groups among suburban NOVA and Richmond Biden voters to understand why they swung to Youngkin or seriously considered doing so. A few things  stood out to us about these voters, where our national and Virginia problems  compounded each other to swing the state to Republicans:

We’re realistic about our ability to message our way out of this problem. People aren’t  feeling good, and they’re always going to blame the party in power for that. But if people  don’t think we’re tackling economic issues, are putting government + closures before  parents on schools, and only want to make the election about Trump, we’re only  amplifying the natural dynamics of a midterm election.

“In an attempt for inclusion, there’s a lack of respect for opinions  that don’t match yours identically. It’s so divisive and if you don’t  think exactly what I think then we can’t even be friends.”

“I feel like what I was taught in school was mainly Virginia history,  and it was all white people and leaders. So I understand why  they’re doing that, but I feel like there’s a certain way to go about  those things.”

“It doesn’t need to be aggressive, in your face. It needs to be  smoother and with a variety of approaches, and not accusatory.” “It’s really not cool right now to be anti-progressive. People don’t  want to be cancelled and they want to be inclusive.”

This isn’t about “critical race theory” itself, and we shouldn’t dismiss that  CRT isn’t real and think we’ve tackled the issue. Many swing voters knew, when pushed by more-liberal members of the group, that CRT wasn’t  taught in Virginia schools. But at the same time, they felt like racial and  social justice issues were overtaking math, history, and other things. They  absolutely want their kids to hear the good and the bad of American  history, at the same time they are worried that racial and cultural issues  are taking over the state’s curricula. We should expect this backlash to  continue, especially as it plays into another way where parents and  communities feel like they are losing control over their schools in addition  to the basics of even being able to decide if they’re open or not.

o “[Youngkin] seemed like he would fit in at the soccer field on a Saturday  morning.”

o “I liked his tone, it seems warm and insightful rather than hostile or  antagonistic.”

o “I think if he had been Donald Trump he wouldn’t have been elected, no one wants that anymore.”

o “He has much more humility and much more respect. In his differences  from Trump, he’s not so harsh or brash or in your face, or disrespectful.  He’s actually intelligent and he conducts himself respectably in public.”

• Democrats have no real brand among these swing voters, whose 2020 vote was first and foremost against Trump. Most could not articulate what  Democrats stand for. They could also not say what they are doing in Washington,  besides fighting. They were vaguely aware of the infrastructure bill in Congress  and pieces they’ve heard are in the reconciliation bill (mainly tuition forgiveness  and free college). They could not define Biden as being to the left or right of the  average Democrat, and mostly saw Democrats as being in tune with him.  Whatever their view is of Biden is all they have to go on in judging Democrats.

Let’s Avoid “Alternative Facts” When We Talk About School Choice MURPHY: Here’s How the Deck Is Stacked Against Special Education