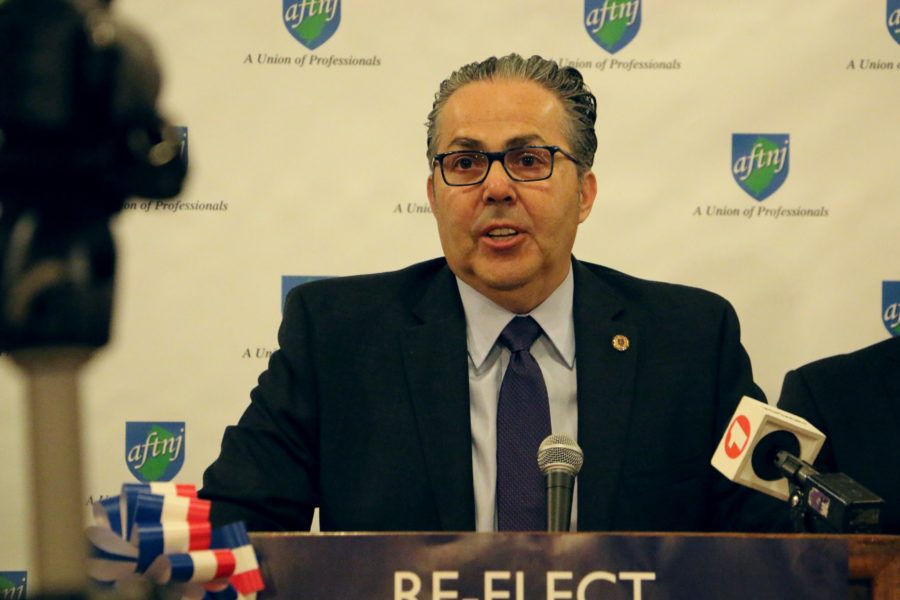 I’d see the entire city of Newark unemployed before I allowed one single teacher’s aide to die needlessly.

According to your logic, John, car travel should be banned for all Newark staff members.

But let’s get serious. We’re talking about Newark here, New Jersey’s largest school district where many students live in poverty. Some, in fact, are homeless. According to the most recent count, of the 1,619 homeless households in Essex County, 535 were children under 18. (Nationwide, according to the National School Boards Association, 1,384,000 public school students are homeless.)

For these families–in fact, for 13,929 public school students throughout New Jersey who experience homelessness— school is not only a place for learning but a place for safety, food, and support. Yet for two years students have been barred from these resources even though the risk of children dying from Covid is 2 out of every million.

For a troublingly large number of kids, school is easily the safest and most nurturing place in their lives. This is true of homeless kids, but is also true of kids who are abused or neglected by their parents, or of kids whose parents simply lack the means to provide them with a warm, safe, nourishing environment. And it is absolutely maddening to me that liberals who are insisting that society lock down again speak with reckless abandon about sending kids back home “just for another two weeks.” There’s zero chance it would actually be just two weeks, nor is there any epidemiological reason whatsoever that two weeks would be the right amount, but set that aside: it is unconscionable to separate kids and parents from the schools they desperately need for ten days, especially during the winter.

Now, John, I know you don’t care about Newark’s kids. You care about your dues-paying union members and spend your time overseeing defenses for white teachers to wear black face and neglectful teachers to stay in the classroom with vulnerable students. You do you. But have you considered that  the result of closing schools for 18 months when Covid first hit, according to the University of Chicago’s Harris School of Public Policy,  “was essentially no detectable effect…on COVID cases and deaths”?

Who else suffers during lockdowns? Children’s parents, especially those who lack the perks of work-from-home, disproportionately available to high-earners (although, let me tell you, that’s no picnic either). Some of these parents end up quitting their jobs –which you support! You’re fine with “the entire city of Newark unemployed”!—because they can’t afford childcare; as family finances suffer, children make do without the same “warm, safe, nuturing environments.” For those lucky enough to have stable housing, the stress on low-income families has never been worse. “It’s a whole new level of stress for working parents,” said Rasheed Malik, the director of early childhood policy at the left-leaning Center for American Progress. “It’s especially affecting lower-wage and in-person workers in a serious way that could lead to a lot of kids just having to be left at home or in less safe caregiving arrangements than what parents want.”

If you’re one of these lucky liberal elites who blithely insists that there’s no problem holding kids out of school (in winter!), good for fucking you. Keep your kids at home then. But don’t rob parents and children of the only place where those children can go and be in the kind of environment every child deserves.

Don’t want to rely on deBoer or the opinions of some low-income parents? Then listen to these three infectious disease specialists: “School closures,” they conclude, “are not an effective measure for controlling the virus’s spread, they hurt children, and they limit our ability to keep hospitals open. There’s no justification for putting this option back on the table.” (They also point out that remote schooling is having the largest impact on women’s career paths because they’re the ones who stay home with the kids. Those who work in health care, particularly nurses and aides, are disproportionately women; thus, closing schools worsens the staffing crisis in hospitals.)

You don’t have to be a statistics major or a doctor to understand that continued schools closures don’t work. In fact, they do more harm than good, especially in Newark where 9 out of 10 students are failing proficiency tests in reading and math.  Your “single teacher’s aide” is more at risk for Covid when they mingle with friends or go grocery shopping then when they’re in classrooms.

So give it a rest, John. Do something right and get your head out of your tuchus. Why Do Charters Have Fewer Special Ed Kids Than Traditional