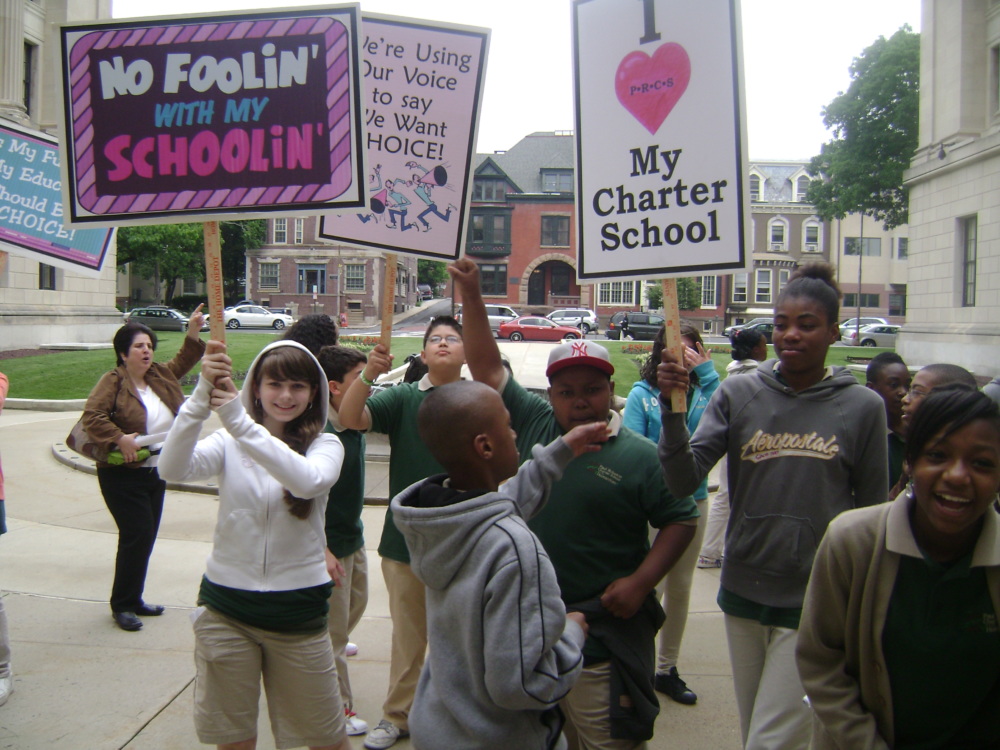 Gov. Phil Murphy doesn’t understand why urban charter school parents are furious with him. Multiple outlets, from The Star-Ledger to the Washington Post (yours truly too) have explained the damage his Administration is causing by its denial of expansions to the type of public schools former President Barack Obama called “incubators of innovation,” high-performing communities that, according to University of Michigan economist Susan Dynarski, offer “a consistent pattern” of improvement with students [who] are overwhelmingly low-achieving, poor and nonwhite.”

Or maybe Murphy just doesn’t care that parents and students are outraged at his decision to terminate long-planned expansion of schools given the highest rating by his Department of Education, that he is inflicting educational homelessness on low-income students amid the disruption of a pandemic.

But perhaps he’ll be moved if the parents of children whose academic prospects are now at risk speak to him directly. To that end, NJ Education Report interviewed Trenton mothers who live in a city where at the traditional district high school, Trenton Central High, only one out of five students meet state expectations in reading and none do in math, where, pre-pandemic, 44% of students were chronically absent, a red flag for disengagement and dysfunction.

These mothers have a lot to say about Murphy’s refusal to allow Paul Robeson Charter School to add Kindergarten-2nd grade classes instead of forcing students to attend lower-quality schools during their early years, a school that the Governor’s own DOE  designated a Lighthouse District,  an award that signifies a school’s academic gains and innovative practices and serves as a “beacon of success for public education in New Jersey.”

These mothers are equally vocal about Murphy’s refusal to allow students at Achievers Early College Prep Charter School, where proficiency and growth rates trounce those of district schools, to stay through high school. Instead, 90 9th-graders will be booted from their community into Trenton Central High where police cars are a daily presence.

And here are lightly edited highlights from the interviews.

Maria Fuente’s son Mateo started Paul Robeson Charter School after attending a district school for several years where teachers failed to improve his English. (The family speaks Spanish at home.) Mateo’s English is now excellent and he’s doing “really well”  but Ms. Fuente is “very worried” about her younger son: Murphy’s denial of the charter’s request to start serving students in kindergarten instead of waiting until third grade means her younger child will have to start at the district school; all other options are closed off. “I really wish [the Murphy Administration] would reconsider and see how well these charter school students are doing,” she says. Trenton parents who choose public charters just “want to and truly long for a better future for their children and for them to get to go to college.”

Helen Jorge’s daughter Heather was bullied when she attended the district’s Parker Elementary School (which gets a “D+” on Niche) and social workers wanted her classified as a special education student. At Paul Robeson she’s getting straight A’s and leading sessions on anti-bullying. I asked Ms. Jorge what she had to say to Gov. Murphy. She replied, “I want to tell him to think about the children, to think about my kids. I am saying to the government, ‘please open more charter schools. Please give other parents more opportunities. Without Paul Robeson my kids are not safe.”

Sonia Gonzalez’s daughter attends Achievers Early College Prep, which has been denied permission to expand beyond 9th grade. “If this school goes away,, I don’t know what I will do,” she says. “Governor Murphy, you are closing my daughter’s dreams. You are literally closing the doors down to someone who could do so much, who could do even more….There are no words [to explain] what the destruction they could do to every single kid here.” She adds, if the DOE “feels that way about charter schools then you guys don’t know what charter schools are doing.”

Rosa Gonzalez is more explicit about what she wants from the Governor and how his refusal to allow Achievers Early to expand will force  her to send her son Anthony to Trenton Central High. “What should the Governor do differently? I want him to go to Trenton High and see what happens in a week there, how many police, how many fights. I love Trenton. It’s the capital! Our kids need their schools. What do you want us to show you, Governor? Give us instructions and we’ll do it. Or maybe he doesn’t have time. So spend one day at Trenton High and one day at Achievers Early. Then he can explain to us why he’s hurting our children and their parents.

You are a parent, Governor. What would you do? Would you say, ‘it’s going to be fine?’ No, you’d worry about your children. I want the Governor to be in our position, in our shoes. Then maybe he can explain himself to kids, 14 and 15 years old, why they have to leave their school. We had the opportunity to keep our children safe, to keep them learning. Please, Governor, embrace our kids, let them fly, don’t cut their wings.

These parents, who represent the 3,400 children who attend public charter schools in Trenton,(with another 1,500 on wait lists) have a simple request for Murphy: When the schools appeal his DOE’s decision, advise your staffers to grant permission for the expansions. After all, a politician who styles himself a “progressive” would surely not deny educational equity to New Jersey families who can’t afford to move to a better district or send their kids to private school. You campaigned for a “stronger and fairer New Jersey,” Governor.  If you care about your credibility, you’ll act accordingly.