VIDEO: Newark Parents Wonder, ‘Why Is Gov. Murphy Turning His Back On Us?’ 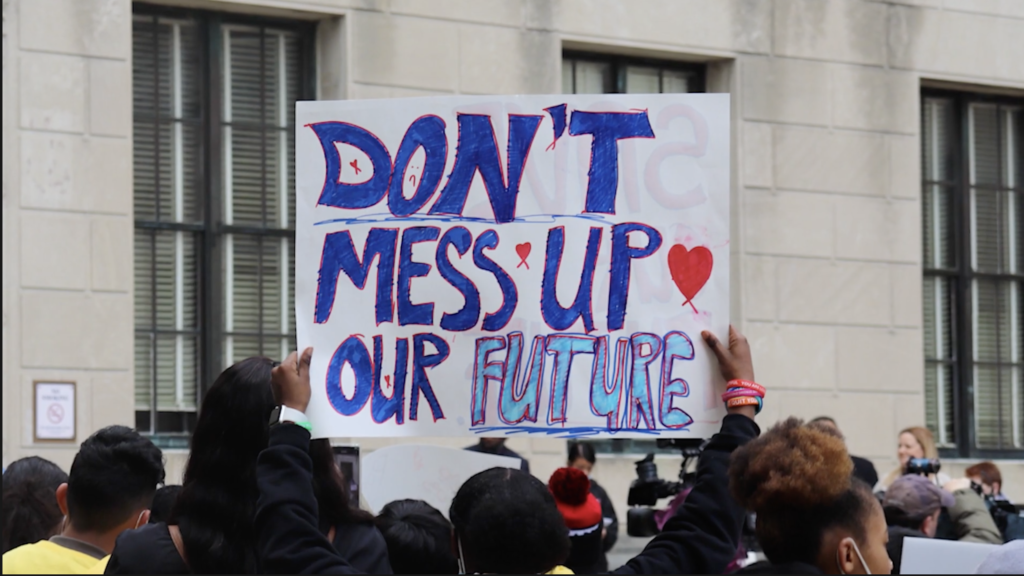 NJ Education Report has been closely following parent and student reactions to Gov. Murphy’s refusal to allow over 70% of top-performing public charter schools to expand.  Harry Lee, head of the state Public Charter Association, attributed the denials to the state teachers’ union’s war on charters and their generous funding to Murphy’s campaigns. “What other reason could there be for these irrational decisions?,” Lee told North Jersey Media.

Last month ago we spoke to families in Trenton whose children attend Paul Robeson Charter School and Early Achievers College Prep Public Charter School. At the latter, 90 ninth-graders now have nowhere to go because Murphy’s Acting Education Commissioner abruptly reversed her decision to allow the addition of a 10th grade class in September.

And last week we spoke to several charter school parents in Newark about the Murphy Administration’s refusal to allow expansions in Newark, the highest-performing charter school sector in the country. (Hundreds showed up at the Statehouse last week for a protest rally under the banner #LetMeLearn.) In our new NJER TV segment, Jasmine Morrison of Parents Invincible interviews several parents who plead with Gov. Murphy to “choose children over systems” and reverse these harmful, unjust decisions that disproportionately damage Black and Brown low-income families. There is also footage from the rally.) NJ Ed Report’s separate conversation with parents is below the video.

Jonai Andrews and Dana Madison are two mothers in Newark who are trying to find the logic, let along the educational equity, in the Murphy Administration’s refusal to allow high-performing charters in the city to expand in order to accomodate parent demand. Jonai has two sons at North Star Academy and a daughter at Philips Academy, public charters that were just denied their long-planned expansions previously approved in 2017. Dana  has two children, Corey and Kyela, at North Star Academy. Both feel angry at and betrayed by Murphy’s pivot to placate the state teachers union (although some NJ charters are unionized).

Andrews loves North Star: while her oldest son, a musical guy, did well at the district’s Arts High School, she wanted stronger academics and more parent involvement for her two younger sons. Her middle son got in through the lottery and then the youngest son had the benefit of sibling preference. But Jonai also has a four-year-old daughter and worried she wouldn’t get into North Star, given the scarcity of seats. So when Philips Academy started a preschool, she enrolled her there.

Why did  Andrews choose non-district public schools for her three younger children? She told me, “It’s the way they help students prepare for the future. It works for my kids. Parents should be able to choose the best school for their children. The deserve an education that’s working for them.”

“Why would Murphy allow this to happen,” she asked. “This isn’t good practice. Philips was all ready to go with their high school. But with our voices, maybe we can change his mind.”

Dana Madison, whose two children have been enrolled at North Star since kindergarten and are now in 9th and 11th grade, told me, “when I started exploring schools in my neighborhood, I wasn’t happy with the district schools. They didn’t offer what I wanted for my children.” (At her local neighborhood district school, Mt. Vernon, only 21% of students meet expectations in third-grade reading.)  Madison graduated from a high-achieving school (Dr. Ronald McNair Academy, a Jersey City magnet school) and felt local traditional schools weren’t right for the family. She wants her children, she says, “to be challenged, to be exposed to as much as possible, to be given opportunities and not be limited at all.” She and her husband looked at Newark private schools but realized they couldn’t afford the tuition; even parochial schools’ lower tuition was still too much. Also, she adds, “When I went to look at a Catholic school, I saw my son would have been one of four Black kids in the school. He needs to be around people who look like him.”

But she got lucky: “we got in during the first lottery,” she exclaims. “And my kids are doing so well. Corey is a junior with all AP classes, right at the top of his class,” challenged in the way she wanted. “They individualize everything,” she explained. When he was in 4th grade, he “leveled out” in reading so they got him 5th grade material.” And Kyela “just scored in the 98th percentile in her math standardized tests.”

Why do Murphy’s denials mean to her? “Kids will miss so many opportunities. We’re not even giving them half of what they need in district schools. They need to start getting that foundation in kindergarten in order to succeed. Why is it acceptable for the Governor to let under-performing schools just continue while he shuts down schools that work?” She mused, “maybe he’s too removed from what’s going on. Otherwise why would he turn his back on something that’s so successful? Why continue with something that’s not working? No one told you this is an easy job, Governor, but you have to do what’s right.”

QOD: Two N.J. Superintendents on the Impact of PARCC “Misinformation LILLEY: NJ Spends 59% More Per Pupil Than the National