Forget Bruno. We Need to Talk About Shakespeare. 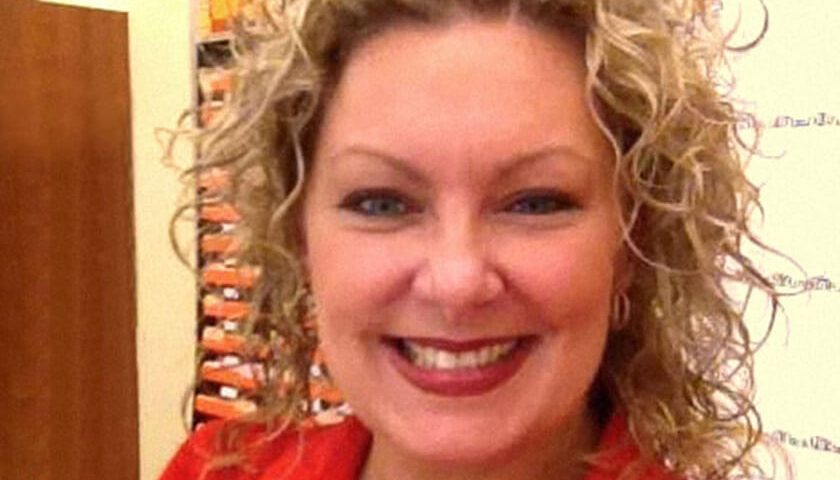 Lisa Hollenbach is Senior Digital Manager for brightbeam. She has also developed digital and content strategy for Teaching Channel and served on the Bill and Melinda Gates Teacher Advisory Council. This first appeared on Ed Post.

The manufactured educational culture wars were in full swing last week as Florida banned 54 math books citing, among other reasons, the inclusion of critical race theory and social-emotional learning … in math.

And this morning, Susan Meyers and Marla Frazee discovered their celebrated 2001 picture book, “Everywhere Babies,”  a whimsical, lyrical ode to infancy, made the banned book list in the Sunshine State as well. Apparently, illustrations that depict two men or two women side-by-side are a bridge too far—especially when the book in question has been included among those on LGBTQ+ children’s book sites.

Did you feel my eyes roll?

The increasingly wild world of education politics seems to have sunk to new depths over the past several years, with mounting educational gag orders, the perceived teaching of critical race theory, uproarious school board meetings, countless teachers and administrators fired and, of course, book bans.

Book bans are nothing new, and they’re never quite as successful as some would hope. For example, after Senator Ted Cruz recently put on quite a show questioning Judge Ketanji Brown Jackson, sales of Ibram X. Kendi’s “Antiracist Baby” skyrocketed.

Nevertheless, conservative parents and politicians alike have been worked up into a frenzy worrying that their school texts and library books may expose them to age-inappropriate content, objectionable language, nudity, pornography, violence, and—you guessed it—racism (read: telling the truth about America’s complicated history). All of this is predicated on an “unexamined presumed fragility of white children.”

If we assume, for the moment, that these concerns are genuine, we have a big problem. Forget Bruno—we really need to talk about William Shakespeare!

The collected works of William Shakespeare are a well-known part of the canon of western literature and have been a fixture in American classrooms, in some form, since the 1870s. Today, roughly 90% of American schools teach Shakespeare. In fact, Shakespeare is the only author specifically required by the Common Core English Language Arts Standards,  mentioned directly throughout the 9th-12th grade standards. And while high school is generally the norm for introducing kids to the Bard, I’ve personally observed students fluently engaging with “A Midsummer Night’s Dream” as early as fifth grade.

The thing is … Shakespeare’s works are brimming with filth, violence and sexual innuendos you should have been embarrassed to read aloud in English class!

Don’t believe me? You may want to check out Pauline Kiernan’s “Filthy Shakespeare: Shakespeare’s Most Outrageous Sexual Puns,” which offers more than 70 examples of the Bard at his bawdiest, arranged under 23 sexual categories where “Each filthy Shakespearean passage is translated into modern English and the hidden sexual meanings of the words explained in a glossary.” In fact, Shakespeare’s works include at least 400 references to female and male genitalia alone!

Similarly, the Filthy Shakespeare Company has a Facebook page and a YouTube channel dedicated to liberating Shakespeare and “taking Shakespeare back to his filthy roots. At home amongst the prostitutes, bear fighting and filthy nights out in the wrong end of town.”

Oh, and when Shakespeare wrote about love, he wrote about ALL love. That includes LGBTQ+ love. And lest we forget about the adultery, the incest, the rape, the murder, and the witches! Oh my!

@TheRSC asked us to create a video as part of their initiative increasing access to theatre among young people! So here are our three witches of Macbeth 🧙🏻‍♀️🧙🏻‍♀️🧙🏻‍♀️ #macbeth #royalshakespearecompany #tomsdiner #shakespeare #ShakespeareSunday #rsc #threewitches pic.twitter.com/CXACItpCnC

Yet, I haven’t heard a single conservative utter a word of caution about William Shakespeare. I wonder …  why?

To be clear, I’m NOT advocating for a Shakespeare ban. That would be utterly ridiculous—just as ridiculous as banning Toni Morrison’s “Beloved”, Art Spiegelman’s “Maus,” Nikole Hannah-Jones’ The 1619 Project, J.K. Rowling’s Harry Potter,  Anne Frank’s “The Diary of a Young Girl,” Juno Dawson’s “This Book is Gay,” PBS content like Sesame Street, children’s books about Ruby Bridges, Rosa Parks and Martin Juther King, Jr., or random words and other forbidden ideas conservative adults find uncomfortable. And the list goes on and on.

Let’s be real—the hypocrisy is stunning. Unless you’re willing to #BanTheBard too, all this talk about protecting the children is disingenuous at best. You’re telling on yourself and we see you.

New Jersey has “Massive Achievement Gap” While New York’s is