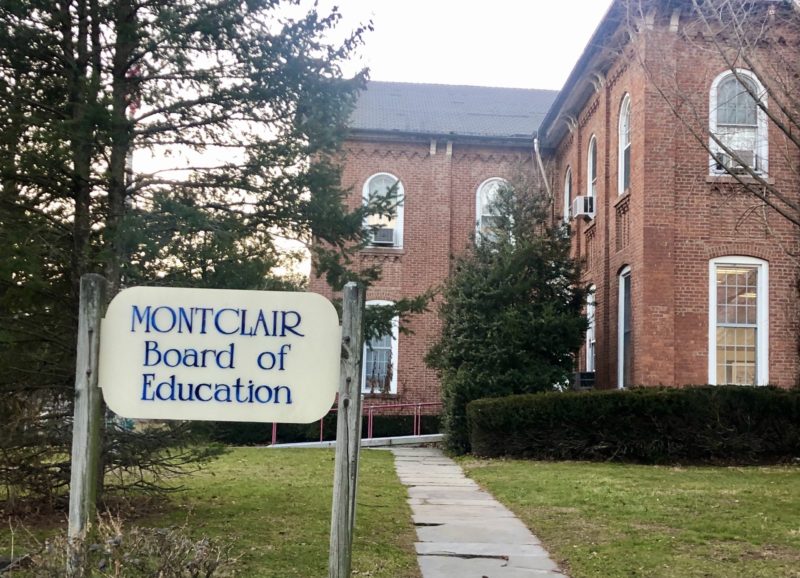 To the surprise of Montclair families, teachers, and support personnel, Superintendent Jonathan Ponds just announced that the district has issued 83 non-renewal letters—48 to paraprofessionals and 35 to teachers. Previously, Ponds had said nonrenewals would be issued to only 26 staff members. His new number represents a 216% increase in potential lay-offs.

The reason for dramatic change is a $3 million budget hole.  Ponds said in his budget presentation that the staff cuts are part of a plan to “break the cycle of budgetary trauma year to year” as costs increase.

A “non-renewal letter” doesn’t mean the district won’t eventually re-hire these staff members over the summer but New Jersey law mandates that by May 15 of each year, the Chief School Administrator–in this case, Ponds— must provide non-tenured teachers and paraprofessionals with either a new employment contract or written notice of nonrenewal of the employee’s contract.

Ponds’ announcement didn’t just catch the public by surprise; it  caught school board members by surprise too: “I’m the chair of the [board’s] committee of finance and facilities,” said Eric Scherzer, “and I ought to know about this, and I must say that I had no idea that there were going to be anywhere near this number of nonrenewals.”  Board member Kathryn Weller-Demming said, “It seems like a failure of leadership and administration.I fear we did not fulfill our obligation for oversight as a board.”

Regardless, the cuts are necessary, Ponds says, given a $1.5 million increase in transportation costs, a 500-student drop in enrollment over the last six years, increased facility needs, and higher salaries and benefits for all district employees. (His budget presentation says there is an “increased cost for Charter School tuition” but there are no charter schools in Montclair. According to the state database, Montclair will pay $6.2 million in tuition to private special education schools, which are not charter schools.)

Although Ponds said at the April school board meeting that he wouldn’t cut special education “certified staff members,” there are, in fact, a number of special education cuts. And because staff members must be laid off in order of seniority regardless of classroom effectiveness, the burden will be felt by younger teachers and by teachers of color who have been hired more recently. Here’s parent Elizabeth Weston:

To lose this significant a number of teachers of color is a huge problem for me, and it should be a huge problem for the community. It represents a step backward in initiatives that have been being fought for for many, many years.

According to Montclair Local, the local teachers union sent out an email blast this past Sunday, saying, “As you may have heard, the district has issued an unconscionable 83 reduction-in-force (RIF) and nonrenewal notifications to our members this past week. To put that number into perspective, it is the equivalent of losing the entire staff of Bradford School, all at once.”

Dr. Ponds has made statements that he ‘intends’ to hire back most/all of these members, but as we know from this exact experience last year, if he waits to rehire until August, that leaves a significant number of members without health insurance for the entire summer (or paying exorbitant amounts for COBRA benefits during unpaid months).

Tell the Montclair Board of Ed to stop gutting Montclair’s staff!

The Montclair School District on Friday notified employees that it was cutting 83 staff positions, including four kindergarten teachers, 15 art, dance and music teachers, five curriculum support teachers, 48 paraprofessionals who work with our most vulnerable students, and more. This amounts to nearly four times what was originally discussed in the District’s proposed budget, and there is little evidence to support the need for such a drastic measure.

Montclair Public Schools must be a place where our children can grow and thrive under robust humanities and special education programs, delivered by high-quality educators and support professionals. These dedicated employees shouldn’t be considered an expendable line item in the district’s budget.

Question of the Day re: NJEA