If NJEA Leaders Are Serious About Fixing the Teacher Shortage, They’ll Need To Limber Up 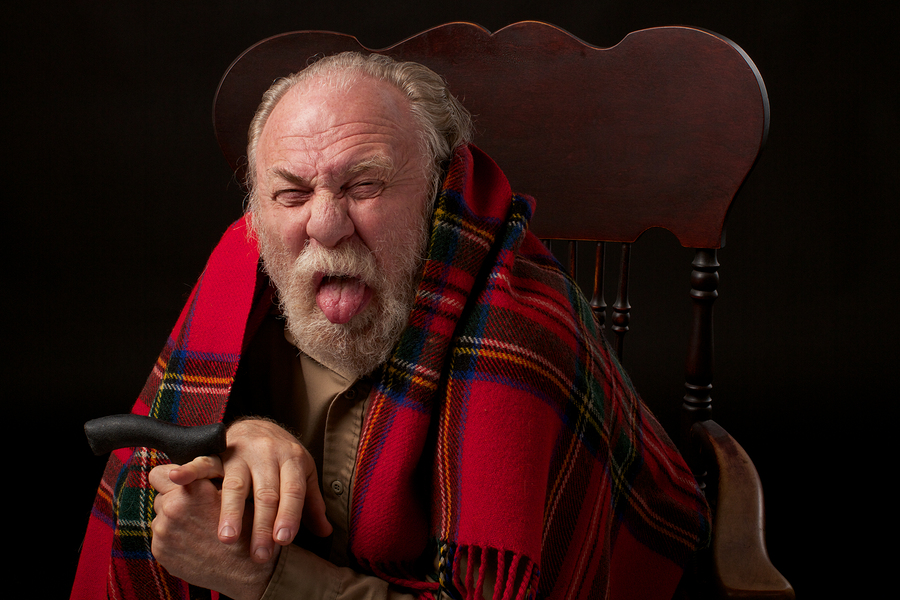 Lilley agrees with Weber on this point: NJ’s teacher shortage is “among the worst in the region and far worse than the national average.” Teacher preparation program completion in NJ is down 49% from 2008-2007, compared to a national decline of 31%,

So is raising salaries the panacea for filling the gap between teachers needed and teachers available, as Weber recommends?

If only it were so easy, says Lilley.

I can attest to this. As the mom of four young people, I know they think about careers differently than us elders. Example: both my parents worked for the New York City Board of Education, my dad as a social studies teacher and my mom as a social worker. They had no interest in changing careers or “moving up,” but cherished the great benefits and hefty pensions they’d garner after 25 years or so in the trenches. But that’s no longer true for our kids! (See my piece, “Okay Boomer: Why Mark Weber’s Argument Won’t Convince Millennials and Gen Z’ers to Become Teachers.”) Or, as Lilley writes,

Today’s college graduates seek mobility rather than stability and ‘career ladders,’ and change jobs more frequently than previous generations.  But in New Jersey, new teachers are forced to join a union-dominated bureaucracy and participate in an inflexible employment system that promotes stability and privileges seniority, not mobility and flexibility.

That “mobility and flexibility” are anathema to NJEA honchos. So what they value–the old stuff my parents wanted—disincentivizes young people to choose teaching as a career and leads to teacher shortages. Here’s Lilley’s list of those outdated “perks”:

Lilley describes the teacher profession in New Jersey as  “not young-teacher-friendly.” He writes, “shouldn’t we be asking ourselves how the system can be improved to make the teaching profession more appealing to today’s young college graduates?”

That’s the opposite approach of the Murphy Administration. In 2018, just before the Supreme Court issued its  Janus v. AFSCME ruling, Gov. Murphy signed a preemptive bill called the  “Workplace Democracy Enhancement Act (WDEA)” which severely curtailed the ability of teachers to opt out of NJEA. Lilley: “thanks to the WDEA, New Jersey teachers are still effectively forced to join the NJEA.”

And forced to pay NJEA dues, which Lilley shows are the highest in the nation: 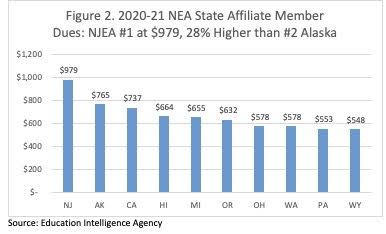 Lilley writes, “New Jersey teachers’ total dues – including national, state, county, and local dues – now amount to a whopping $1,470 a year, which are deducted from a teacher’s paycheck after taxes have been paid.  With an average starting salary of $50,821, less federal and state taxes of $13,818, a new teacher has disposable income of $37,002, so these dues take a 4% chunk out of a teacher’s disposable income.

Most of these dues go to the NJEA and NEA: 70 percent goes to the NJEA (which is the highest percentage in the nation), 15 percent goes to the NEA, and only 12 percent stays with the local association, which does most of the representational work on behalf of teachers. Teachers have little transparency and very little say on how money is spent at the state and national level, and much of this money is spent on state and national politics.

The money teachers pay goes to extremely high NJEA leadeship salaries, their benefits and pensions plans (far more secure and well-funded than NJ teachers), and pet causes. In exchange, “All new teachers will be confronted by a system that systematically disadvantages them.”

Read the whole thing. It’s not long. For those of you who want the conclusion, here you go:

If New Jersey wants the best and brightest young college graduates to consider teaching, perhaps we should consider the quality of the job opportunity that is being presented to them.  There are many reasons why a young adult would choose to become a teacher but surely it does not help to force every new teacher into a rigid, antiquated system that limits mobility and flexibility and is so clearly stacked against younger teachers. Is Andrew Yang the Only One Brave Enough to Speak

Follow-Up: Is it a Public Good to Send Your Kids