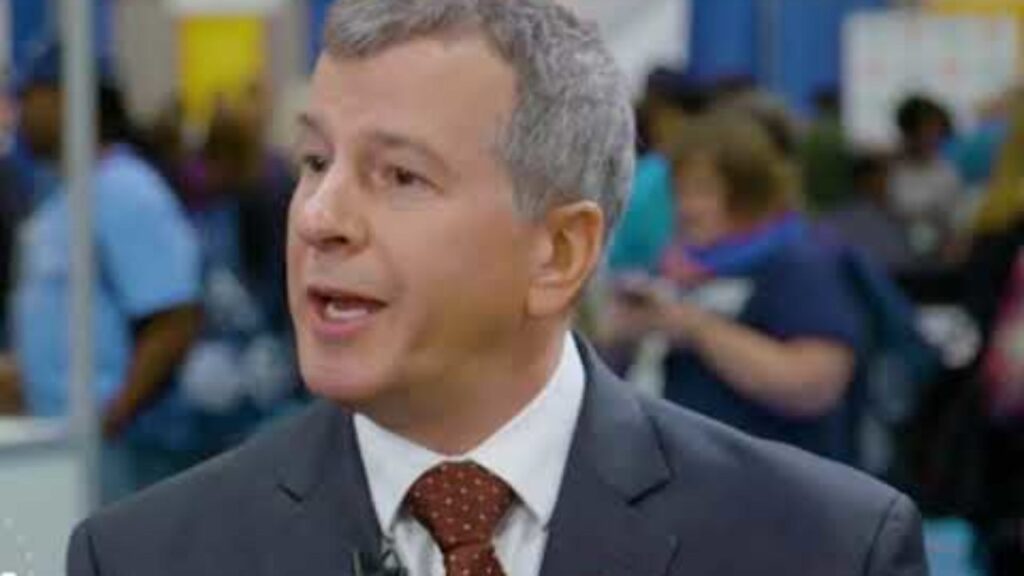 Now we know: New Jersey Education Association (NJEA) retiring Executive Director Ed Richardson was paid $2,485,357 in 2019.  As executive director from 2013 to 2019, Richardson ran the state’s most powerful special interest, spending tens of millions on politics and lavish compensation for the NJEA’s leadership.  In return, the NJEA leadership quietly rewarded Richardson with this multi-million-dollar going-away present.

All of this was paid for by New Jersey teachers’ highest-in-the-nation dues – teachers whose average salary was $76,000 in 2019.

We finally know the truth because the IRS released a more recent NJEA tax return.  The New Jersey public has been kept in the dark about the activities of the state’s most powerful special interest for the last three years due to an enormous backlog at the IRS.  Until now.

And Richardson is not alone.  All told, the top ten highest paid in the NJEA leadership made $7.7 million in 2019, a record amount and more than double the top ten’s total in 2017.  And it wasn’t just on account of Richardson’s millions: six of the top ten received record pay in 2019.  All paid for by teachers’ regular dues. 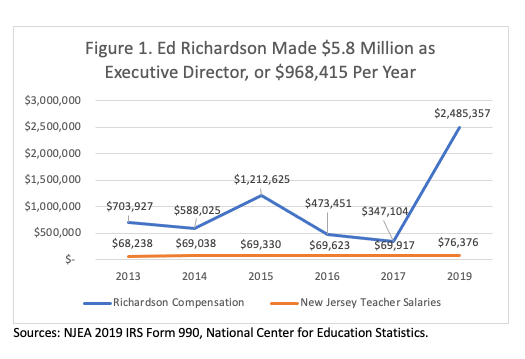 But that’s not all. Prior to becoming executive director, Richardson served as the Assistant Director/Human Resources Manager from 2008 to 2012. All told, Richardson’s compensation as part of the NJEA’s leadership amounted to $7,335,477. Richardson is a multi-millionaire thanks to New Jersey’s teachers.

But that’s not all. Recall that, as Sunlight reported, when Richardson retired in 2019, he also gained a gold-plated pension estimated to be worth $5,497,009 over the course of a 25-year retirement. Figure 2 shows Richardson’s pension compared to that of the very teachers whose dues are funding Richardson’s multi-million-dollar pension. 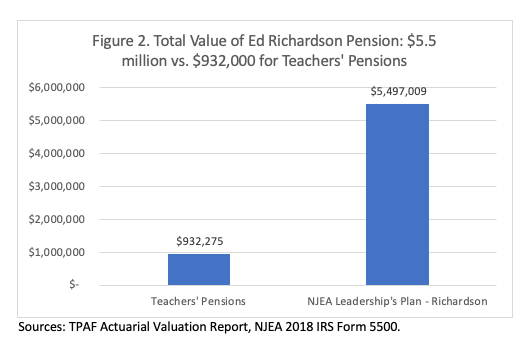 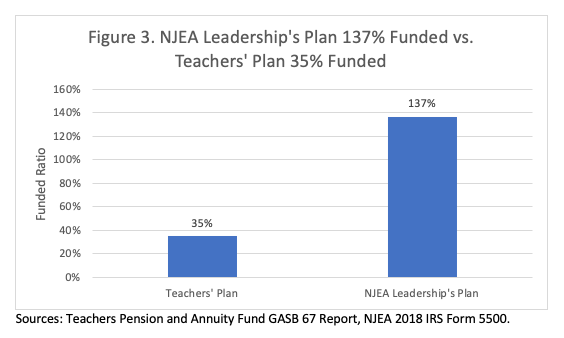 So Richardson is absolutely certain to be able to collect on his $5.5 million pension, while the teachers who fund his pension have far less generous pensions whose viability is highly uncertain.

If we add Richardson’s $7.3 million in compensation as NJEA staff with his rock-solid $5.5 million pension, we arrive at a total compensation level of $12.8 million.  A simply astounding sum.

The Top NJEA Leadership Got Record Pay. But it’s not just Richardson who is getting rich from the system.  The NJEA top leadership compensated themselves extremely well in 2019.  As shown in Figure 4, 2019 was a record year for NJEA leadership compensation, with the top ten most highly paid making a total of $7.7 million, well above 2015’s previous record of $6.4 million and over double 2017’s compensation level.  Individually, six of the 2019 top ten were paid the highest compensation ever paid for their position (denoted with an asterisk in Table 1 below) 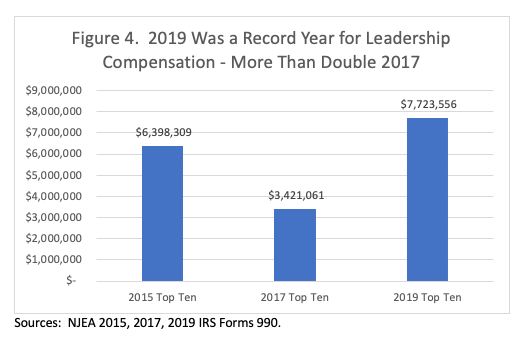 New Jersey One-Percenters. As a result, the NJEA leadership ranks were filled with New Jersey one-percenters. Table 1 shows the NJEA’s top ten most highly compensated leadership, six of whom were one-percenters. Note that the four highest paid leaders are political organizers in the executive office, all of whom made more than the elected president, who is the only elected officer in the top ten. Since 2013 – when under Richardson, the political pros took over the executive office – the political pros have been the most highly compensated NJEA leadership, far outstripping the NJEA’s elected officers. 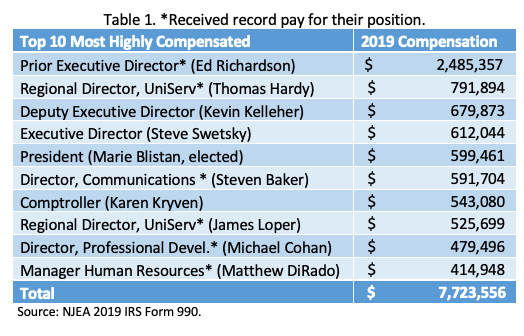 Gold-Plated Pensions, Too. As for pensions, every one of the top ten except DiRado is in line to receive the same gold-plated pension that Richardson will receive. Each of these nine received a base salary of $275,000 or more, which is the maximum allowable salary for purposes of calculating their pensions. So every single one of them will most likely receive a $5.5 million pension just like Richardson. At this rate, by the time they retire from the NJEA, every one of these NJEA leaders will be a multi-millionaire just like Richardson. By comparison, as shown in Figures 2 and 3, teachers’ pensions are worth $932,000 – a fraction of their leadership’s gold-plated pensions – and much less secure.

All Paid for by Teachers and Taxpayers. Just about everyone who is not NJEA top leadership should be outraged. Teachers have funded this with their highest-in-the-nation dues, $999 of which go to the NJEA to make multi-millionaires out of their top leadership. Meanwhile, teacher salaries stagnate and their lesser pensions are severely underfunded – all on Richardson’s watch as executive director. We thought it was supposed to be the other way around: the leadership looks after the members.

And of course teacher salaries and their dues are paid for by New Jersey taxpayer dollars. Thanks to the laws passed at the behest of the NJEA by our lawmakers, teachers’ dues are withheld from their paychecks, so property tax dollars pass through the school district and the teachers and go straight to the NJEA in the form of withheld dues. Ultimately, it’s New Jersey taxpayers who are funding the NJEA’s multi-millionaire one-percenters with their sky-high property taxes.

This is a rigged system. Rigged to benefit the top leadership of the state’s most powerful special interest. Teachers lose, taxpayers lose, but NJEA leadership and the politicians they support win. 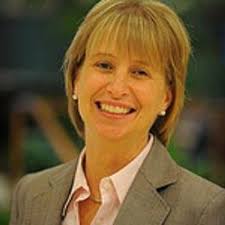 Getting the Facts Straight on New Jersey Charter Schools: This

Does “J” stand for Janus?

Does School Board Leadership Matter?