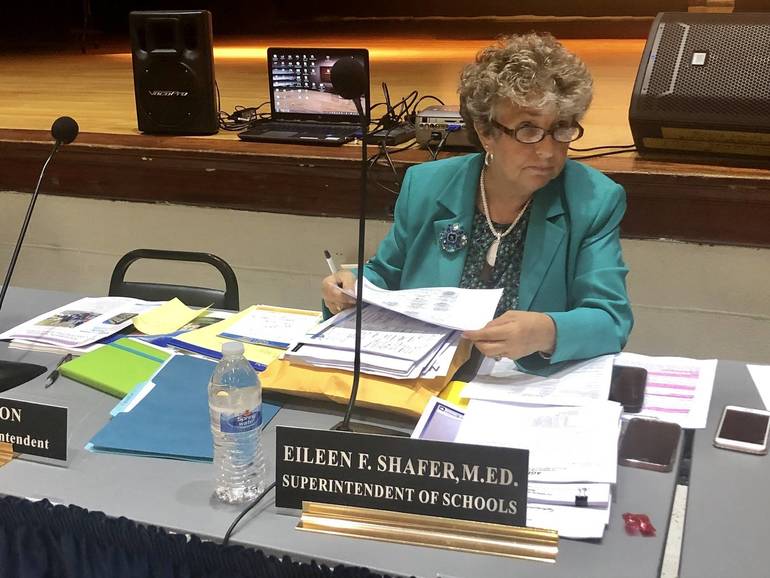 Last week the Paterson Education Association, a local bargaining unit of NJEA, announced its negotiating team had declared an impasse because the Paterson Board of Education was refusing “to engage in any meaningful discussion about staff salaries.” PEA President John McEntee said there was a “growing exodus” of teachers from Paterson due to low salaries compared to other urban NJ school districts.  McEntee (who, no doubt at the top of the salary guide, makes $101,467)  claims that “a new hire in Paterson would need to work 11 years just to earn Newark’s new entry-level salary” (just raised to $62,000) and says the Board’s offer for salary increases is currently 0%. (The 2018 contract between PEA and the district isn’t online to non-PEA members but a new teacher made $50,713 in 2019.)

The school board says, in response, “it is difficult to engage in meaningful discussions about salary when the PEA’s salary demand, roughly five times Passaic County’s average annual salary increase, is so ridiculously out of touch.” And, “the district is willing to continue talks. It is the PEA that has walked away from the table, while their salary and contractual language proposals do not support a thorough and efficient education for the district’s students.”

Yet PEA appears to be winning the public relations war with an (unintended) assist from the district.

It’s time to reward our educators to stay in #Paterson, just like the board rewarded Superintendent Eileen Shafer. 15% for Shafer = 15% for all of her staff! @NJEA @SpillerForNJEA @SteveBeatty928 @JCEA_jerseycity @andresayeghNJ pic.twitter.com/DFzyiecsGf

Sometimes timing is everything.

Paterson Superintendent Eileen Shafer announced her retirement last December. The Board was divided about her effectiveness and one board member, Jonathan Hodges, told local media that the majority of his colleagues wanted to replace Shafer with “their friend,” former Teaneck superintendent Christopher Irving. (When contacted by North Jersey, Irving “did not deny having interest in the Paterson job.”)  But in March the Board, in a vote of 5-2, decided to extend Shafer’s  contract through June 2023 so they’d have time to find a replacement through a typical search process.

At the time Shafer’s salary was $233,000 but she was eligible for a $35,000 bonus if she met certain “merit goals.” (Boards had used merit goals as a work-around for superintendent salary caps implemented during the Christie Administration and ended in 2019 by Gov. Phil Murphy.)

Instead, last Wednesday the Board voted, without discussion, to amend Shafer’s salary to $267,900, making her the 6th highest-paid superintendent in the state. (Here’s a list.) There is no bonus; instead her new salary includes what would have been her bonus, minus $100, if she met all her goals. The benefit to Shafer is that bonuses are not “pensionable”–in other words, when pensions are calculated after retirement, bonuses aren’t included. By incorporating the projected bonus into Shafer’s base salary, her pension will be higher.

The two board members who voted against the raise, Hodges and Emanuel Capers, said they were concerned that this year there is a 14% increase in Paterson school taxes. Board president Kenneth Simmons said, “it’s really a pay cut.” Why? Because while the bonus was $35,000, Shafer’s salary is increasing only by $34,900. Voila!

By shifting Shafer’s bonus money into her base salary, the board essentially would be putting her in position for about $25,000 extra in annual pension, based on state retirement regulations.

The new salary may put Shafer among the six highest paid superintendents in New Jersey, according to state records. Simmons, the board president, said Shafer could have gotten closer to $300,000, but he did not explain that statement further.

Asbury Park Mayor: The District’s Spending is Killing the City,