The Star-Ledger Questions Newark Superintendent’s Leadership. It’s Bigger Than That. 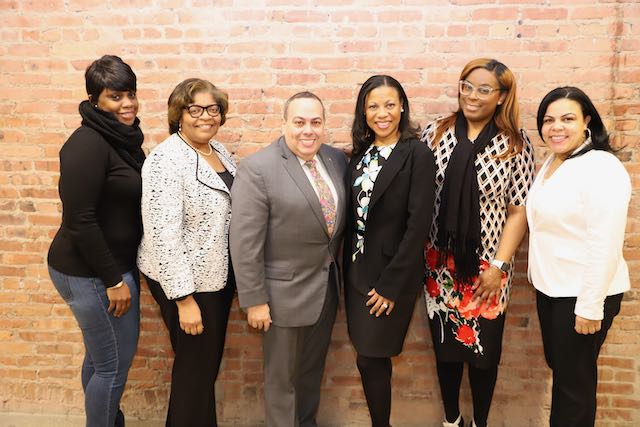 Today the Star-Ledger Editorial Board reports that over this past eight months Newark school board members and top staffers have taken taxpayer-funded trips to Las Vegas, New Orleans, Orlando, Atlanta, Palm Springs, Puerto Rico and Honolulu. The context for the Board’s concern is the “performance of León,” particularly his haphazard and secretive style of leadership. For instance, eight of nine school board members joined Superintendent Roger León and his chief of staff for a jaunt to San Diego and seven will be vacationing with their feckless leader in Miami this winter.

It’s deja vu all over again. You’d think we’d time-traveled back to 1993. Except now there’s state code that is supposed to keep León and his school board on a tighter leash.

For you youngsters, 1993 was two years before the state took over Newark Public Schools. Then, Sally Ann Fields, the  senior state deputy attorney general at the time, wrote in a “Comprehensive Compliance Investigation” that “the Newark Public School system has been at best flagrantly delinquent and at worst deceptive in discharging its obligations to the children enrolled.” As part of her long list of evidence she cited “questionable expenditures of public funds ” which included school board member jaunts to Honolulu, long alcohol-infused meals at fancy restaurants, and luxury cars.

Question: Almost 30 years later, how is the Newark School Board’s behavior different than those described by AG Fields?

Answer: It is failing to follow regulations that didn’t exist in 1993. Over the last decade or so the State Department of Education has adopted administrative code that requires travel taken by school board members and school staff to be “educationally necessary” and “directly related to and within the scope of the employee’s or board member’s current responsibilities.” And when school board members travel on the district dime, their participation must “be limited to the fewest number of district board of education members.” After all, the one who goes can keep the rest informed. Also, any trip that has a total cost exceeding $5,000 has to be approved by the Executive County Superintendent. From administrative code 6A: 23A:

Such requests [for travel] shall be supported by detailed justification. The executive county superintendent shall promptly review the request and render a written decision within 10 business days. It is expected that approvals will be rare.

This means that NPS would need to submit a “detailed justification” to the Essex County Executive Superintendent Joseph Zarra, who serves as a functionary for the state Department of Education. He, in turn, would issue a “rare” approval for each of the trips listed by the Star-Ledger.

That’s unclear.  NJ Ed Report contacted Mr. Zarra’s office but he was out today. A helpful aide suggested we file an Open Public Records request with the State Department of Education. If we get anything back showing that, for instance, Zarra justified a “rare approval” for five staffers to go to a women’s empowerment summit at the Bellagio Hotel in Las Vegas this past March, we’ll let you know.

For the Star-Ledger Editorial Board, this excessive globe-trotting points to larger problems; for instance, the Newark School Board appears “reluctant to challenge” Leon  and this “doesn’t inspire confidence.”

That’s true. On the other hand, the Ledger is expecting a lot from a school board that seems largely kept in the dark, oblivious to Leon’s lies about, say, “beat the odds” schools that are continue to fail kids just like they did back when the state took over the district. That’s not an excuse, especially for the board leadership, but let’s remember the buck doesn’t stop with them, certainly not regarding frivolous excursions on the taxpayers’ dime. Instead, the buck stops with the State Department of Education, either from within its own offices in Trenton or its satellite office that houses the Essex County Executive Superintendent.

So where is that oversight?  What will it take for the DOE to be responsive to the needs of families and responsible for school districts that disregard administrative code? Do we have to wait for another Compliance Investigation? Isn’t the fact that 13% of Newark students are proficient in math while the superintendent and his entourage are out gallivanting a sign of that the district is “at best flagrantly delinquent and at worst deceptive in discharging its obligations to the children enrolled”?

Chicago and Newark; Emmanuel and Booker