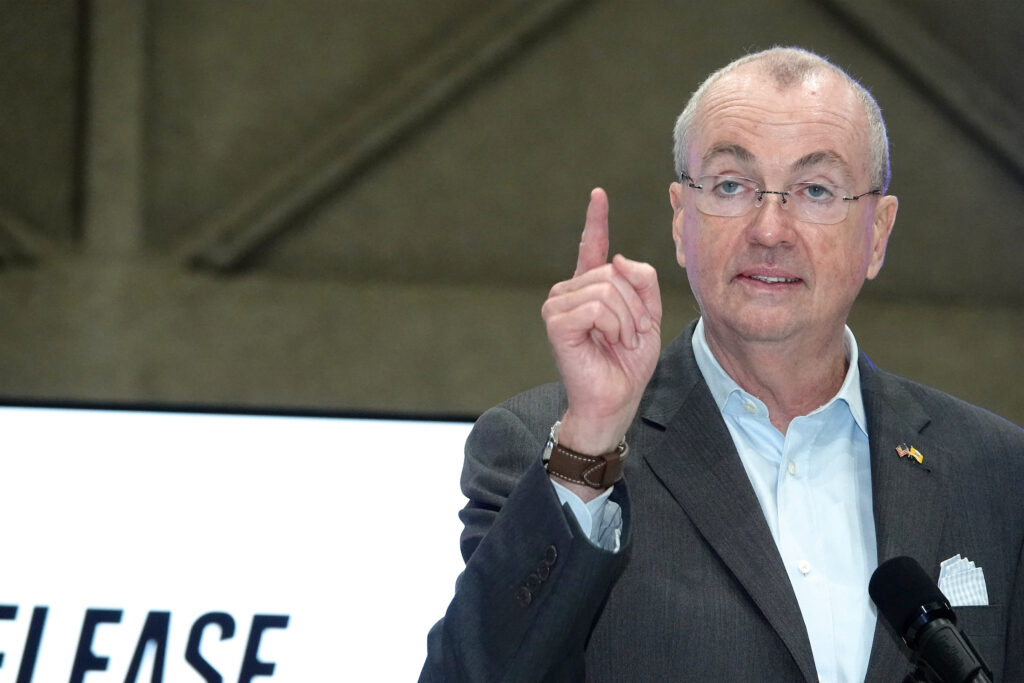 Now we’re one of three: only NJ, Pennsylvania, and Vermont have yet to come clean with parents and educators by providing an honest accounting of what our kids need to get back on track from Covid-19 learning losses. By doing so, these three states, according to Bellwether’s Andrew Rotherham, display “fecklessness, irresponsibility, and almost total attention to politics and public relations rather than kids.”

In response to the Murphy Education Department’s privileging of politics over kids, JerseyCAN, the the only statewide advocacy organization in New Jersey committed to ensuring access to high-quality public schools for every child regardless of zip code, cultural background, and socioeconomic status, and the Urban League of Essex County, whose mission is to ensure that all children are well educated and equipped for economic self-reliance in the 21st century, will host an all-star panel of statewide education experts on Wednesday, November 30th at 7 pm to explain the importance of New Jersey’s Statewide Assessment and how it can specifically serve as a needed instrument to track the significant learning loss that has severely affected every classroom in New Jersey since the first outbreak of COVID.  Those interested in attending may register at https://bit.ly/3V0KELZ. The panel will address the question, “Where are our Kids’ Test Scores? The Importance of Tracking and Addressing Learning Loss in New Jersey.”

As the state, school districts, and families continue to fight against unprecedented learning loss through New Jersey, it is imperative that parents are provided the actual facts and the data regarding their children. We must demand transparency – and we are not getting it from the New Jersey Department of Education.  We are now almost halfway through the school year, and parents and education officials at the local level are still not being provided with basic information about statewide outcomes that could help strategize and inform.  For the forum, we have gathered some of the state’s top education leaders to unpack how statewide testing works, why it’s important, and how this data could be instrumental in addressing learning loss.

Where are our kids test scores?

Join JerseyCAN and The Urban League of Essex County for a poignant conversation about the importance of tracking and addressing learning loss in NJ.

Senate Majority Leader Teresa Ruiz will join the panel Wednesday evening. She said last spring, “if we don’t have baseline data to show to us what it is that we need to do [to get students back on track], we will be perpetuating a fraud of being No. 1 in the country. And that has got to stop.”

Nine months later this perpetuation of fraud hasn’t stopped. Instead Murphy’s DOE has doubled down on its decision to withhold information. The State Board of Education has been pleading for months with Acting Education Commissioner Angelica Allen-McMillan to let the Board’s Assessment Committee hear the results and then publicly discuss the implications for students. The results will likely be bad, despite the DOE’s predilection for lowering standards: when national test scores for 2022  (National Assessment of Educational Progress, or NAEP) were released last month, we learned  NJ students had one of the highest degrees of learning loss in the country. In a state that boasts the #1 school system in the country, we’re actually #39.  In eighth-grade math, which many regard as foundational for higher coursework in high school and future careers in math and science, New Jersey students had the sixth largest drop in proficiency in the nation. (Source: Watershed Advisors.)

Huge drops for MA, NJ and MD, which pride themselves on being national leaders. https://t.co/SrWFbQfQw1

Where is the sense of urgency from the Murphy Administration’s DOE?

The next State Board of Education meeting on December 7th promises more of the same. While inside sources say the Board’s Assessment Committee did hear a presentation last week about results from last March’s NJSLA, there was no analysis, no data from Start Strong assessments given in September (although the DOE has those results), no comparative data from districts that did better than others, including public charter schools, no synthesis with what we learned from NAEP tests,, and no discussion of strategies for learning recovery.

This is most likely the same presentation the public will hear next week as Allen-McMillan and her underlings reveal nine-month-old test results but neglect to offer clear guidance about what schools should do to help students suffering from the last two years of pandemic-interrupted instruction.

It doesn’t have to be this way.

Case in point: Last July the Tennessee Department of Education released their own spring test results to the public in a State Board of Education meeting. The DOE there also offered comparisons of county-by-county proficiency levels, trend data over time, comparisons with NAEP results, Tennessee’s context nationally, district-level results through a downloadable spreadsheet, a one-page summary, a video explainer, and a platform called the TCAP Family Portal which provides access to past years’ test results and includes summative assessments for English language arts, math, science, and social studies for grades 3-8, high school end-of-course (EOC) exams in English I and II, Algebra I and II, Geometry, Integrated Math I, II, and III; Biology, and U.S. History. Commissioner Penny Schwinn described a “collective focus on strategic initiatives and investments across the state,” as well as careful state monitoring of the way individual districts were spending their federal emergency aid; 67 districts were singled out for using 50% of their funds on strategies to raise student achievement.

Now, let’s be fair: the Tennessee Education Department didn’t do this alone but with cooperation from Gov. Bill Lee and the State Legislature. There were special legislative sessions on the urgency of addressing learning loss, new laws passed on accountability, literacy, teacher pay, as well as the Tennessee Learning Loss Remediation and Student Acceleration Act, which established summer learning loss bridge camps for elementary and middle school students to help them recover learning loss and accelerate their achievement.

NJ State Legislature (with the exception of outcries from legislators like Senator Ruiz)? Bupkes.

What is the result of New Jersey’s abnegation of responsibility and public accountability?

To kick the can down the road on publishing statewide test scores is to sweep children under the rug. When I first started teaching, many schools used to nudge their lowest performing students to stay home on testing days so that their low scores wouldn’t “taint” the schools’ overall results. Today, we test those students but then we shy away from the conversation about their scores instead of having the difficult conversations that will lead to solutions.  I will not stand by while entire groups of children, and their needs, are rendered invisible.

Those children are invisible to the DOE, which appears to spend its time inscribing meaningless wokeology into regulations no one reads. Maybe JerseyCAN’s panel on Wednesday will spur the Murphy Administration to follow the lead of states like Tennessee and stop playing politics with our kids.

When is a Compromise Become a Cop-Out? (Think LIFO)