Here’s What GOP Purists and NJEA Leftists Have in Common 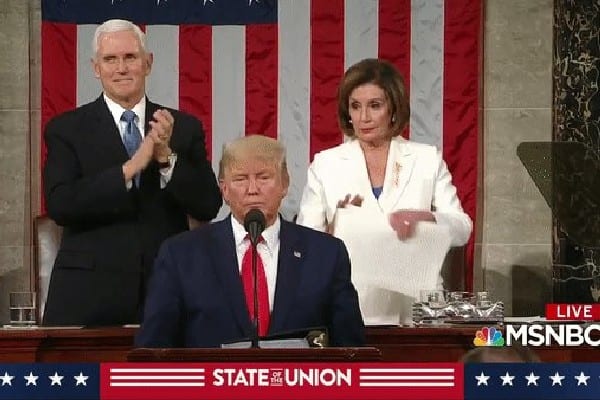 For a second day in a row Republicans in the U.S. House of Representatives are making themselves laughing-stocks, unable to reach consensus on whether Kevin McCarthy should be the next Speaker. In today’s New York Times Carl Hulse says the agenda of the “conservative purist” crowd is “mostly to defund, disrupt, and dismantle government,” not to, say, pass bills or exercise oversight.  As I write this, the House is on its sixth vote in two days and until that thin majority can achieve consensus America is without a House of Representatives.

Hulse’s description of the GOP shitshow reminds me of the agenda of the leaders of New Jersey’s teachers union. Instead of honing in on, for instance, effective interventions for learning loss, those in charge—far-left-purists all, as far as one can tell— have decreed that during a conference later this month teachers will learn “to disrupt the default dominant culture narrative.” Sounds a lot like the GOP’s “defund, disrupt, and dismantle” language, doesn’t it? Forget about math and reading proficiency; instead, teachers will learn to “shift our mindset and practices” by focusing on “resistance capital of students and educators of the global majority,” creating “spaces that are both healing and humanizing for ourselves and our children,” and “igniting some critical dialogue around issues of racial and social justice.”

What do House Republicans and NJEA leaders have in common?

They are engaging in performance art of different flavors, one MAGA and the other SJ (e.g., “social justice”). Choose your poison: both extremes are self-indulgent exercises that allow insiders to feel superior to the unenlightened unwashed as they focus on game-changers like re-re-re-litigating the 2020 election or ensuring NJEA president Sean Spiller is the next NJ governor.

This has nothing to do with what’s best for the GOP’s constituents or New Jersey students. It’s masturbatory virtue-signaling.

Let’s look at one example (and pardon me if I stick to education).

Last month Deborah Cornavaca, NJEA’s Director of Government Relations, told the NJ Joint Committee on Public Schools that NJ’s system of standardized testing is  “antithetical to educational equity” and an example of “structural racism.” That’s pretty much the vibe at Gov. Murphy’s Department of Education where his appointee, Angelica Allen-McMillan, is on a quest (started by her predecessor—64 Floor, anyone?) to dumb down our state assessments to the point that everyone passes.

Is that educational equity?. My colleague Sharif El-Mekki, CEO of the Center for Black Educator Development, says that’s racism.  In this piece he writes,

I want to be clear: Far too many of our children can’t read or do math. Observing this fact and finding it unacceptable is not racist. Indeed, to excuse it away with some virtue-signaling waving of hands is racist.

But that’s what we’re doing. If we’re offended by the fact that only 19% of New Jersey Black fourth-graders are proficient in reading, let’s claim standardized testing is racist.  If an evaluation doesn’t meet our fringy MAGA/SJ standards, throw it out, regardless of the consequences for families.

Disruption and dismantling is fun for grown-ups, at least judging by the antics of #NeverKevin House members and NJEA leaders. But is this what our kids need? Maybe we should take a vote.