Is Murphy’s Teacher Shortage Task Force a Solution In Search of a Problem? 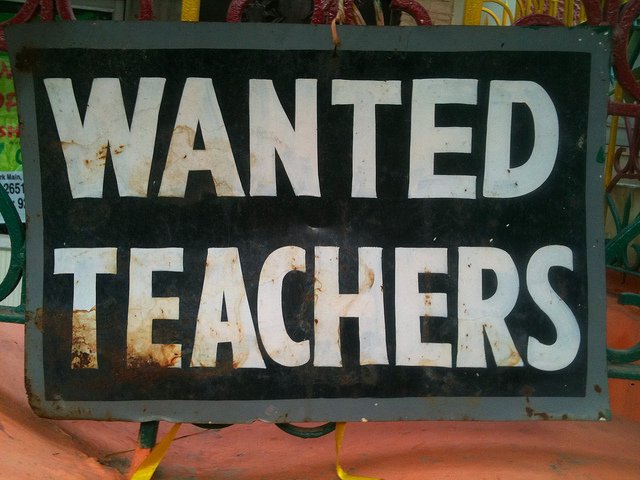 Here are his arguments, with a few of my own thoughts. (You can read his full analysis here.)

Political officials often form these advisory groups when the matter in question is too complicated, intractable, and fraught with political difficulties to allow for quick and easy solutions [which will lead to] a consensus-driven report that tinkers around the edges of meaningful reform and tells us much of what is already known.

Indeed, Murphy and his task force appear to view the “teacher shortage” as a single behemoth but it’s far more differentiated than that. Paterson School District had 200 teacher vacancies in September, a 10% deficit. Princeton Public School District has few vacancies, if any. In other words, it’s complicated and includes factors, says Gaswirth, like “the Covid-19 pandemic, a spate of teacher retirements, a restrictive residency requirement, a tight labor market, and fewer graduating education majors, among many others.”  He also cites “the state’s liberal pension policies allowing teachers to retire with full pensions and nearly fully paid health benefits after completing 25 years of service.”

But there is (Gaswirth cites a report by NJ Policy Perspective) a trend of decline among college students earning college degrees, most likely due to higher pay and advancement opportunities in the private sector. Also, women, who disproportionately comprise the teacher cadre, are “breaking  long-held stereotypes about the type of work they choose to pursue.”

So what to do, besides the task force’s predictable recommendations to raise salaries, reduce health care contributions, and lower certification requirements?

Here are Gaswirth’s answers (which are smart if politically unpalatable):

Expecting a rare, newly-minted teacher of physics or a bi-lingual teacher also qualified to teach high school chemistry to accept the average state minimum starting salary around $57,000, when many lucrative employment options are available in the public or private sector, simply defies basic economic logic. If doctors and other professionals are paid according to their level of specialization and difficulty, why should this not be true also for teachers working in highly specialized areas or more challenging work settings? School districts should have the freedom and be willing to compensate adequately trained and qualified individuals to take positions where there are established critical vacancies. Over time, the appeal of these higher salaries will generate a larger pool of potential candidates needed to fill.

He reiterates that we have yet to define the problem—or even if there is one. He wonders if the teacher shortfall is a function of a numerical or a qualitative problem, or both?

Are districts today hiring less qualified teachers who might not otherwise be employed in an abundant job market? If so, this could have long-range implications and open the question years from now whether recently hired new teachers will more easily acquire tenure and remain embedded in the profession, while underperforming many their colleagues for the next 20-30 years. Far more candidates generally provide a wider and better pool from which to hire better quality candidates.

The teacher shortage involves more than a matter of responding to the demand for and increasing the supply of quality teachers; it requires a hard and detailed look at not only the future of the profession but also the many current statewide and local policies and practices that got us to this point. Are we brave enough to do this? Is the task force? NJ High School Student Explains How “Distance Learning Is A

Brandeis: “Sunlight is the Best Disinfectant”