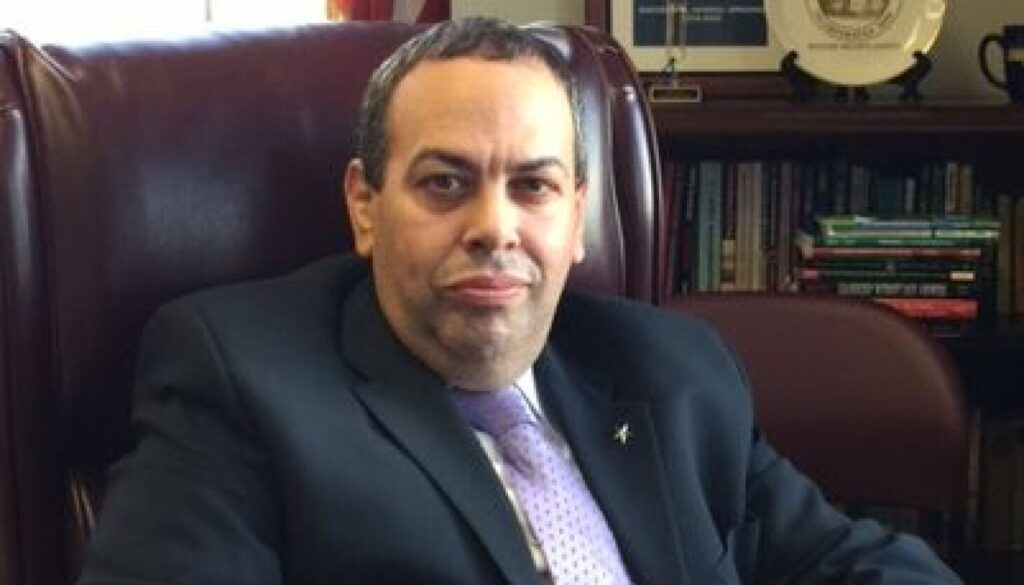 Newark Superintendent Roger Leon is on a crusade to suffocate the city’s charter school sector, despite its “best in the nation” status and popularity among city families. He demonstrates again and again the lengths he’ll go, from cajoling the Murphy Administration to reverse long-planned expansions, to blatantly lying about district school outcomes, to calling in favors from deferential legislators and Education Department officials.

However, one current scheme goes further than any superintendent has ever gone before: according to sources who will remain anonymous, Leon hopes to conspire with a state agency to condemn a perfectly good building in order to foreclose the ability of high-performing charter schools to accommodate more students.

This first piece in a two-part series examines the conspiracy; the next will look at Leon’s quest to suppress the best chances Newark public school students have to overcome generational poverty through our constitutionally-mandated “thorough and efficient” education.

Newark public charter schools are tremendously popular with families, and for good reason: according to recent data from the State Education Department, 47% of students in Newark’s charter sector reached proficiency in reading; in district schools, only 27% did. While 27% of Newark charter students attained state standards in math, only 13% of district school students did. That’s why 3,500 Newark students are on wait lists for charters and why over 35% of Newark public school students currently attend city charter schools.

The charter sector’s popularity with parents means they need room to expand. Unlike district schools in Newark, which are labeled “SDA districts”—all their facility costs are covered by the state through the Schools Development Authority (SDA)—public charters are on their own, although model state charter school laws include facilities aid. And so charter schools search for other buildings that are either abandoned by the district or those that can be renovated. Last June when the Murphy Administration’s Department of Education, at Leon’s request, abruptly shut down University Heights Charter School, leaving 700 families educationally homeless, the building became available. Several charters have expressed interest in purchasing the building. But the potential deal has gone sideways because Leon wants it for himself–even though the district doesn’t need it.

His plan, according to sources, involves the scandal-ridden SDA, effectively an arm of the DOE. Here’s the deal: Leon wants SDA to condemn the building (it has an estimated worth of about $13 million), assert eminent domain, and gift it to Newark Public Schools.

The SDA has never condemned a building and asserted eminent domain in Newark or, for that matter, anywhere else in New Jersey.  SDA Communications Director Edye Maier told me in an email, “to date, the SDA has only acquired a property on which a school building is situated through negotiated contract of sale.”

That’s because condemning a building and declaring “eminent domain”— using the power of the government to take private property and convert it into public use–is a really big deal, part of the 5th amendment of the Bill of Rights, and considered one of the most aggressive actions a government can take. Most commonly it’s done for one of two reasons: when the building is in terrible condition or the government intends to convert it to “legitimate public use.”  New Jersey courts have declared that, in order for a declaration of eminent domain to be legitimate, it must not be the subject of “improper motives, bad faith, or some other consideration amounting to a manifest abuse of the power of eminent domain.” According to this legal finding, “the use of condemnation solely as a method to prevent development has been viewed with disfavor by New Jersey courts.”

Let’s take a step back. Does the property formerly occupied by University Heights Charter School, 66-78 Morris Avenue, meet the eminent domain criteria for being unsafe or in poor condition?

Nope, according to the listing it’s “a fully built-out” and “renovated  school building” with “18 classrooms, a 5,200-square foot gym and a 2,744-square foot cafeteria as well as office and administrative space.” Here are some current photos: 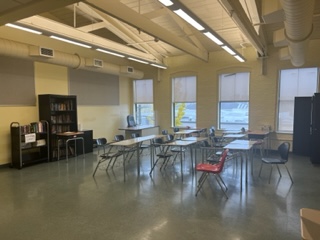 (The bidding process also appears fishy: in order to place a bid, potential buyers have to fork over a non-refundable deposit of $500,000, way too rich for charter school coffers.)

But let’s get back to eminent domain. Is a charter school’s proposed use of the building an illegitimate public use?

NJ charter schools are public schools so no dice there. What exactly would constitute illegitimacy for a public school?  Perhaps it would be poor student outcomes compared to demographically similar district schools  in the same ZIP code? Yet Black and Latino students enrolled in public charter schools in New Jersey’s six largest charter cities are twice as likely to be proficient in English language arts and mathematics compared to their district peers based on 2022 statewide assessment results.

If SDA went along with Leon’s plan, they’d most likely have a hard time making the case in court (although that hasn’t stopped the district from spending millions of dollars in litigation to acquire potential school buildings).  In fact, New Jersey courts have taken a dim view of seizing property simply for the purposes of thwarting other entities or preventing development. One case often cited is Borough of Essex Fells v. Kessler Institute for Rehabilitation. Essex Fells’ residents wanted to stop the  Kessler Institute for Rehabilitation from purchasing a 12-acre lot and building a “skilled nursing and transitional living facility” because they said it  “would bring dirty needles and AIDS patients” into town.  So the Town Council condemned the lot under eminent domain with the intention to convert it to a park.

Judge Julio M. Fuentes issued his ruling:  “the extensive record in this case compels the inference that Essex Fells undertook this condemnation for the sole purpose of preventing Kessler’s development of a rehabilitation facility in the community” in response to “community opposition,” noting that the town had plenty of recreational space already.

In other words, Essex Fells was using the power of eminent domain in bad faith, Judge Fuentes ruled, because “eminent domain cannot be justified when used in response to public opinion” or “to prevent unwanted development.”

But that’s precisely Leon’s plan, regardless of legality or the impact on Newark students and families. Remember, unlike the Newark district with its $1.2 billion annual budget and free ride with facilities through the SDA, public charters in New Jersey have to fund their own facilities and have little money for expensive litigation. And now, to add insult to injury, we have a district superintendent who appears to view himself more as a real estate magnate/monopolizer rather than an educational leader.

SDA has a long history of malfeasance. The Department of Education is in shambles. Does this give Leon–as well as the Newark Board of Education which oversees him—the right to impede city parents’ public school choices and thwart the expansion of charter schools?

Because that’s what he’s doing. Dueling Videos: NJEA and Senate GOP Slug It Out on

The Cost of Home Rule “Without Braven, I Wouldn’t Be Where I Am Now.” A