GASWIRTH: The Teacher Shortage Is More Complicated Than You Think 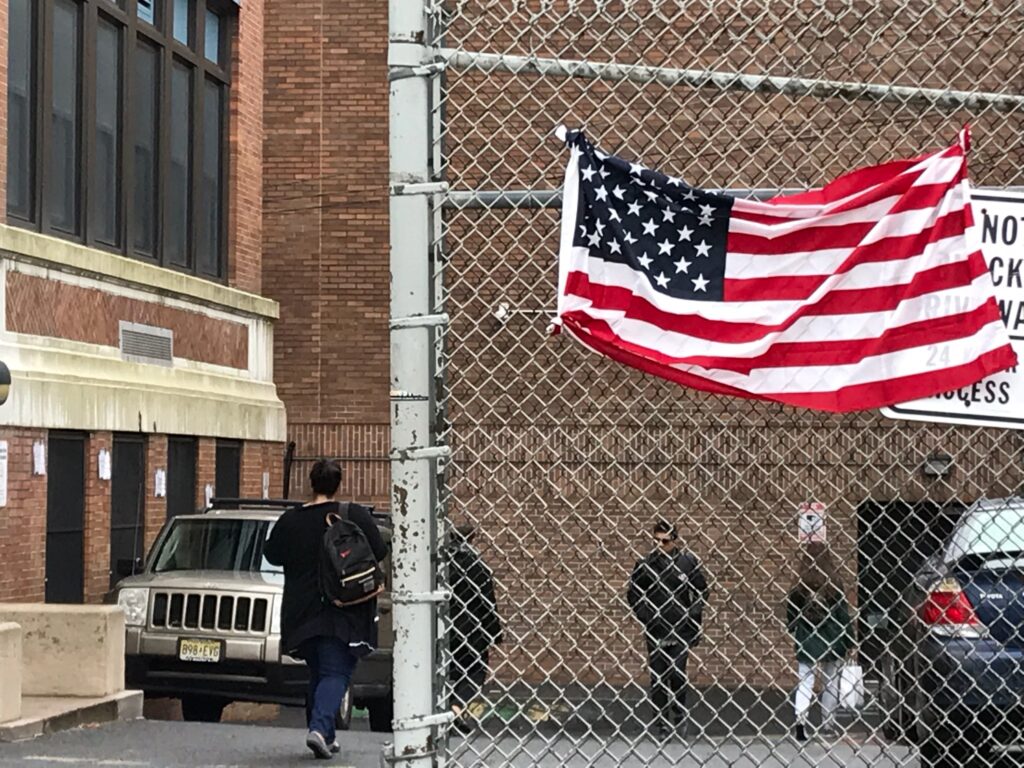 Absent from the governor’s message but probably left for the study  committee to ascertain are any actual data about the number of vacancies,  whether they exceed the average, in which types of school districts they  are typically found, and how they correspond to changes in student  enrollment.

Urban districts have been chronically understaffed for decades, but wide  public discussion has been conspicuously lacking. Now that other districts  are faced with shortages, albeit on a smaller scale, the issue has gained far  greater prominence and publicity.

The Paterson School District, for example, reported earlier this school year  that it had two hundred teacher vacancies, roughly a ten percent deficit,  from its announced staff level of 2,100, suggesting that thousands of  students are without qualified teachers in that district alone.

If a teacher shortage exists, it is for complex and multilayered reasons.  These include the recent Covid-19 pandemic, a spate of teacher  retirements, a restrictive residency requirement, a tight labor market, and  fewer graduating education majors, among many others.

Some teacher retirements were accelerated by the increased pressures on  those working in a remote and alien learning environment. But, others may  have been aided by the state’s liberal pension policies allowing teachers to  retire with full pensions and nearly fully paid health benefits after completing 25 years of service.

About 118,000 certified teachers worked in New Jersey’s public schools in  2019-2020, which was approximately 1,000 fewer in 2021-22, The New Jersey Department of Education reports. By itself, that does not mean there  is necessarily a shortage.

New Jersey Policy Perspective research does shows a more alarming  trend—a rapid decline in the number of New Jersey college students  earning teaching degrees, from more than 5,000 in 2011 to about 3,500 in  2020, representing a serious shortfall in new teachers available to keep up  with future demand.

Many reasons explain the move away from teacher education programs,  including the private sector providing better alternative and more lucrative  opportunities for new college graduates; the job market offering less  traditional, structured and lower stress work settings, and females, who are  disproportionately represented among public teachers, breaking long-held  stereotypes about the type of work they choose to pursue.

First, a brief comment about the governor’s decision to establish a task  force or study committee. Political officials often form these advisory groups  when the matter in question is too complicated, intractable, and fraught with  political difficulties to allow for quick and easy solutions.

In this case, the 25 member task force, largely comprised of teachers’  unions, school management organizations, universities and colleges  officials will share many similar ideas. Given its size and make-up and to  maintain a spirit of comity, the task force is will likely produce a consensus driven report that tinkers around the edges of meaningful reform and tells  us much of what is already known.

The result is likely to include a set of costly recommendations, including  raising salaries sharply for new teachers accompanied by an increase in  the pay of all teachers, reducing school employees’ health benefit  contributions, and enhancing pension benefits for recent hires. Non financial proposals will cover strategies to recruit new teachers, especially  minority members; to retain recent hires; to allow easier access for those  seeking to enter the profession; to improve working conditions; and to  promote better public perception of teachers and the work they do.

Let me suggest several difficult and long-standing controversial issues  which have defied easy resolution in the past that should but probably  won’t be included in the task force’s report.

One is the long-term and immediate impact of the collective bargaining  process on teacher recruitment and retention. The other is the effect of  intense competition among 600 independent school districts with varying  financial means vying to employ a limited number of quality staff. The third  are qualitative differences among the limited number of teacher candidates  and whether school districts have the capacity and ability to properly  supervise and effectively judge their performance.

Teachers’ unions, which coincidently have the largest single number of task  force members and enormous political influence, will play a pivotal role in  the committee’s deliberations and findings undermining any effort to  expand the conversation beyond its narrow self-interests.

The unions’ primary objectives are to increase the number of dues-paying  members, to advocate aggressively for their needs, and to ensure through  local negotiations and state legislative action that these individuals earn  more, work less time, gain greater job security, and ultimately earn  generous post-retirement benefits.

Finding a solution to the teacher shortage is not high on the list of union  priorities, nor should it be expected. Despite their rhetoric, unions often pay  scant attention either to teachers’ starting salaries or to the salaries, quality  and retention of new hires. These are matters, as they view them, reserved  exclusively for school boards and administrators to manage.

The law presently allows many unions through restrictive negotiated  provisions to hold down starting salaries, ensure that senior staff members  receive larger increases, and create obstacles in labor agreements that  restrict how much beginning teachers might earn.

Lifting any negotiated limits on what new teachers are paid to fill vacant  positions, especially in critical areas of need, would be a welcomed first  step, but will face strenuous local union opposition claiming that it could create salary inequities among and a serious morale gulf between new  teachers and their more experienced colleagues.

While only one factor causing the teacher shortage, improving starting  salaries—locally, by legislation, or both—can improve the teaching  profession’s appeal to newcomers, improve recruitment, and also reduce  the impact of the shortage on the workload of current teachers, though the  public will almost certainly resist any increase in their local taxes to  underwrite this effort.

The reason starting teachers’ salaries have remained low for decades is that unions, with the acquiescence of many school boards, have  disproportionally negotiated proportionately larger increases to more senior  teachers, which depresses the amount available to pay new teachers.

Common negotiated compensation models—salary guides—that require  teachers with the same experience and academic background to receive  the same level of compensation regardless of their particular assignment, is  contrary to the goal of increasing the number of quality teachers. Not all  teaching assignments in schools are equal in terms for what their real  market value is or should be. The result is that these artificially imposed  salary constraints simply discourage individuals in a tight employment  market from pursuing teaching positions.

School districts should have the freedom and be willing to compensate  adequately trained and qualified individuals to take positions where there  are established critical vacancies. Over time, the appeal of these higher  salaries will generate a larger pool of potential candidates needed to fill  evolving chronic areas of teacher need.

School boards should also be prepared to offer special incentives, including  a liberal tuition reimbursement program, to incentivize new or current  teachers to obtain additional professional credentials so that they would be  eligible to accept hard-to-fill assignments such as those in special and bi lingual education, in the math and science, and in world languages, to  name a few.

Expecting a rare, newly-minted teacher of physics or a bi-lingual teacher  also qualified to teach high school chemistry to accept the average state  minimum starting salary around $57,000, when many lucrative employment  options are available in the public or private sector, simply defies basic  economic logic.

If doctors and other professionals are paid according to their level of  specialization and difficulty, why should this not be true also for teachers  working in highly specialized areas or more challenging work settings?

To address these inequities, bold legislative action to dramatically reduce  the state’s approximately 600 school districts through mandated  regionalization must be considered despite being a non-starter for most  special interest groups primarily concerned with protecting members’ jobs,  as it would be for most state politicians fearful of local community  blowback.

Of critical, perhaps overlooked importance, is whether the teacher shortfall is a function of a numerical or a qualitative problem, or both. Are districts  today hiring less qualified teachers who might not otherwise be employed  in an abundant job market? If so, this could have long-range implications  and open the question years from now whether recently hired new teachers  will more easily acquire tenure and remain embedded in the profession,  while underperforming many their colleagues for the next 20-30 years. Far more candidates generally provide a wider and better pool from which to  hire better quality candidates.

Continued relaxing of established professional standards to allow easier and quicker entry into the teaching profession, including less time for  preparation, training, and other current professional requirements—even on  a temporary basis—will almost certainly impose far greater responsibilities  and financial costs on local school officials to more closely monitor the  performance of these less trained and experienced new hires, and may  also increase staff turnover for those unable to meet local district  performance standards. Acceptable solutions to the recruitment dilemma  must not result in diminishing overall quality and performance of novice  teachers entering the profession.

Even though heavily comprised of special interests, the task force can still  serve a useful purpose if it broadens its view to consider whether students’  access to quality instructors can coincide with the rights of organized labor to regulate who may be willing to enter the profession, whether  regionalization and consolidation of 600 highly varied and often financially  strapped school districts would ease the competition for the services of a  smaller number of available specialized teacher candidates, and whether  the state will insist on maintaining and even increasing standards for those  seeking to work as teachers.

The teacher shortage involves more than a matter of responding to the  demand for and increasing the supply of quality teachers; it requires a hard  and detailed look at not only the future of the profession but also the many  current statewide and local policies and practices that got us to this point.

New Poll: Most Parents and Educators Oppose the “Opt-Out Movement”