COMMENTARY: Roger Leon Gets By With a Little Help From His Friends While Newark Families Pay the Price 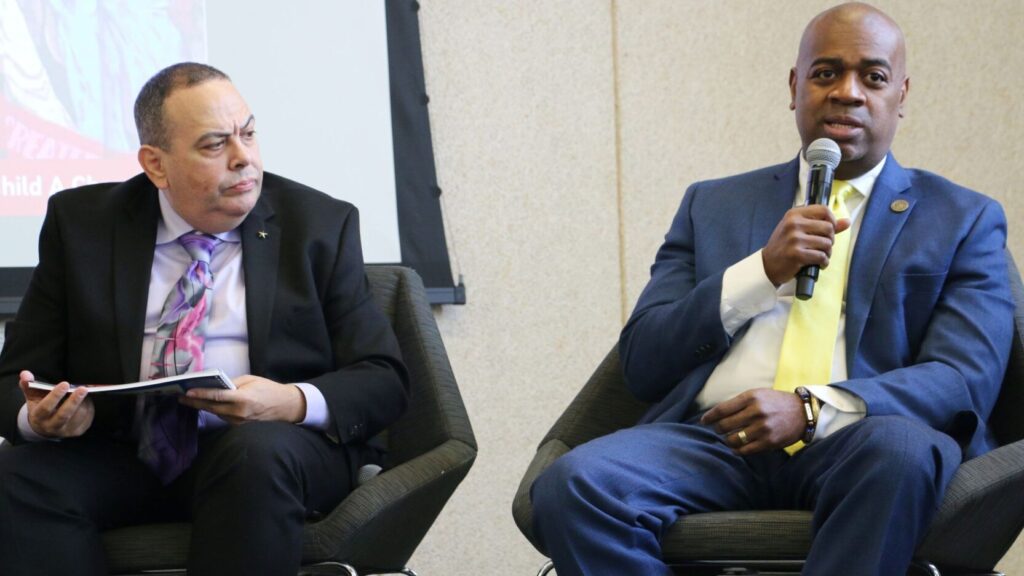 Newark Superintendent Roger Leon is under a harsh spotlight as the district endures a growing list of revelations that would make any social justice advocate squirm . For instance, we just found out the Newark School Board secretly extended Leon’s contract even though the rules say you have to involve the public. Somehow Leon gets away with it; after all, as the head of New Jersey’s largest school district he holds a lot of power. Yet he couldn’t check items off his wish-list without a stalwart group of enablers who defer to his chief objective— decimating the city’s public charter sector—despite its overwhelming popularity with families and its success in raising academic achievement.

The first part of this two-part series looked at Leon’s ambitious land-grab in order to lock out charters from expanding their footprint. His plan is to conspire with the Schools Development Authority, which provides all facilities funding for Newark, to condemn and then declare “eminent domain” over perfectly fine buildings that would serve charters well. Then SDA would hand them over to Leon scot-free, even though the agency has never done this before. Now let’s look at Leon’s crusade against public school choice, all in the service of amassing more and more personal power regardless of its impact on students. .

It’s no secret and there everywhere you look: on the bottom of each press release (“the district has opened 8 new schools under Superintendent León’s leadership with an additional portfolio of new options to be announced in the coming years”) and in the Long-Range Facilities Plan (NPS will “change the school district’s landscape by changing our footprint of schools…by increasing enrollment and opening more schools”) and on a document called “Existing and Proposed School Asset Inventory,” which says NPS will add over 700,000 square feet of school space, acquire eight new schools, and fill 28 additional buildings with students. Or check out the 2020-2030 Strategic Plan: “We believe that parents should have their children attending the school of their choice and that it is the district’s responsibility to offer in every school a quality option worthy of the children of the City of Newark.”

In other words, Leon’s goal is to restrict parent choice to district schools, ignoring the fact that 35%+ of Newark public school students are enrolled in public charters where student proficiency rates dwarf those in district schools. NPS will need all that additional space because they’ll be enrolling some large portion of those kids.

Indeed, Leon’s five-year tenure has been marked by raw flexes of power as he wages war on charter schools. He altered the district’s universal enrollment plan to make it onerous for families to opt for public charters, forcing the sector to set up a new platform.  He cajoled the School Board into suing a highly-regarded charter, KIPP, in order to reclaim the building the network had already purchased from the district  He convinced Acting Commissioner Angelica Allen-McMillan to reverse four long-planned and previously-approved charter expansions for some of Newark’s most popular and high-achieving schools with long wait lists. He’s currently spent $1.2 million (and counting) on lawsuits to get back two old school buildings that were sold by the district in order to keep them away from Newark’s high-performing charter sector.

Where’s the Newark School Board on this? Apparently captive to his brazen schemes that serve to bloat his ego. He’s like a balloon of infinite girth with a covey of enabling inflators surrounding him.

Who else is in the Leon Fan Club? Let’s start with Gov. Phil Murphy, whose education ideology, copied from the teacher union playbook, favors traditional district schools, even when only 21% of Black children in NPS can read grade level texts and only 8% can do  grade-level math. (Charter school students are twice as likely to achieve proficiency.) Murphy’s first pick for Commissioner, Lamont Repollet, pretended he was doing a “Charter School Act Review” that went nowhere. His successor, Angelica Allen-McMillan, does whatever Murphy/NJEA wants, and the SDA follows suit. Senate Majority Leader Teresa Ruiz is a close friend of Leon’s. Newark Mayor Ras Baraka defends Leon’s stance on charter schools.

I keep thinking about what  Chris Cerf told me when the state handed over local control to the district in 2018 after 22 years:

That is the moment. The biggest risk as we go to local control is that lurking in the background is a real transactional mentality. The first job of the superintendent is to say, ‘look, we hold in our cupped hands the lives of 55,000 students. We are going to protect them from the world of politics.’ Maybe people can behave differently in the realm of snow removal but we are different. The greatest test of the next few years is if the transactional politics of Newark comes back.

Yet the transactional nature of school management—which Cerf successfully subdued as the last state-appointed superintendent of Newark—sprang quickly back to life. In its first move, the newly-independent School Board, which intended to hire then-Interim Superintendent Robert Gregory for the permanent position, caved to Senator Ruiz and Mayor Baraka and hired Leon instead. While Leon initially trumpeted his support for the growing charter school sector—“I believe families should make decisions where their child should go and I don’t think anyone should change that”–he now dances to a different drummer.

Or, rather, his enablers dance to his tune.

NJEA is Stronger than the Storm New Survey: Four Out of Five Parents Want To Expand CIATTARELLI: When Is the Right TIme For Our Youngest Students